I’m a pretty big fan of the iconic orange and black Harley Davidson logo, and I’ve been trying to find the time to create some 3d illustrations of it for the past year or so. Heck – it’s been a while since I’ve done any of these Norebbo-style 3d logo renderings, but the illustrations of the new Google logo I created last week was enough to get me itching to do some more. So here you go – this is a full set of 3d renderings featuring the Harley Davidson logo posing with a variety of objects!

I ended up creating two versions of it – one that’s completely 3d (a simple extrusion of all objects in the logo), and a flat version with the only 3d element being the surrounding bezel. I actually thought that I was going to use the flat one the most, but I quickly found that the fully 3d version worked better in a lot of these different scenarios.

The image immediately below is the flat version – it seemed to work well in this instance because of the hard gloss and bright reflection, but it didn’t work out so well in other environments. 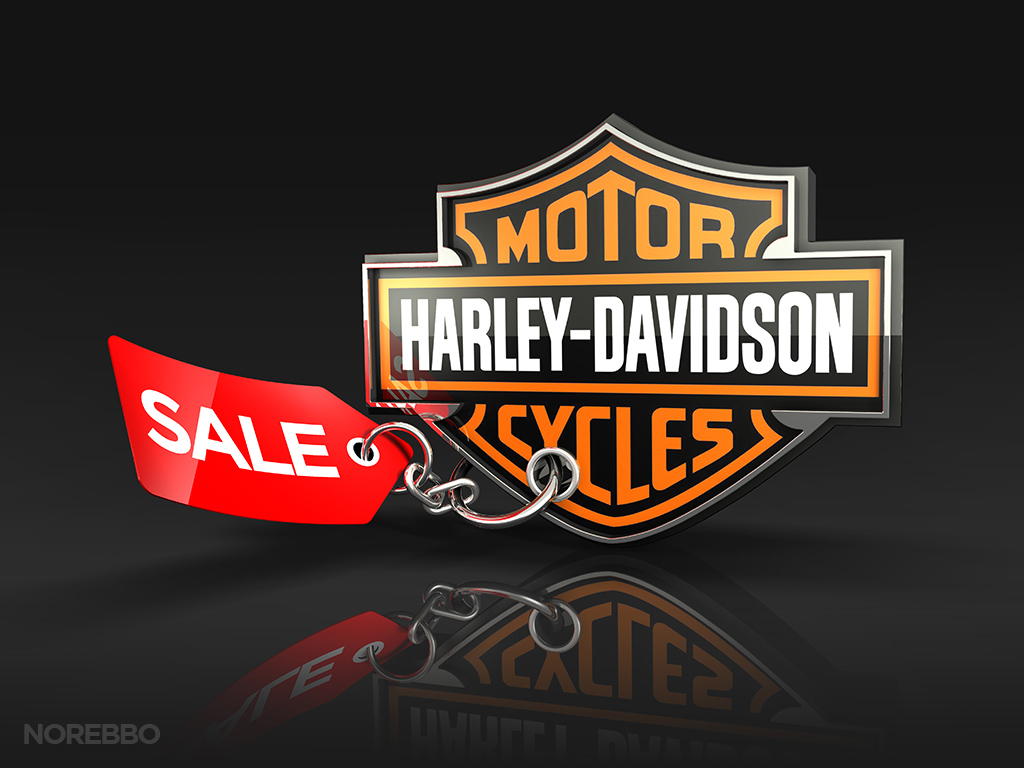 Here are the rest of the images that feature the fully 3d version: 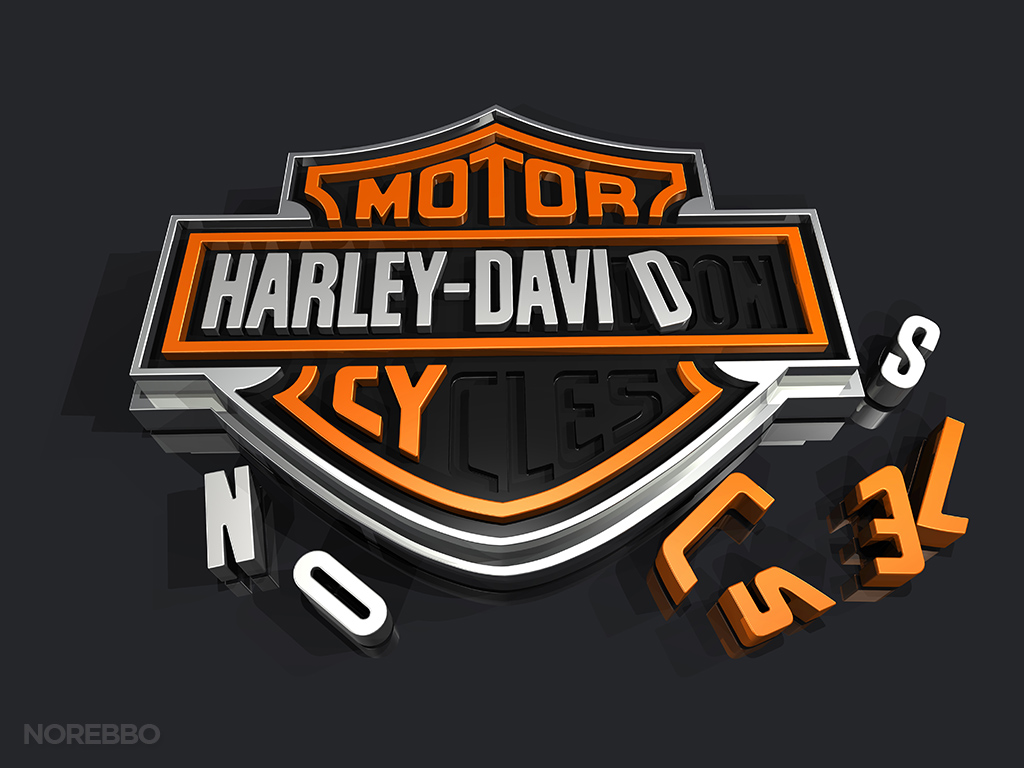 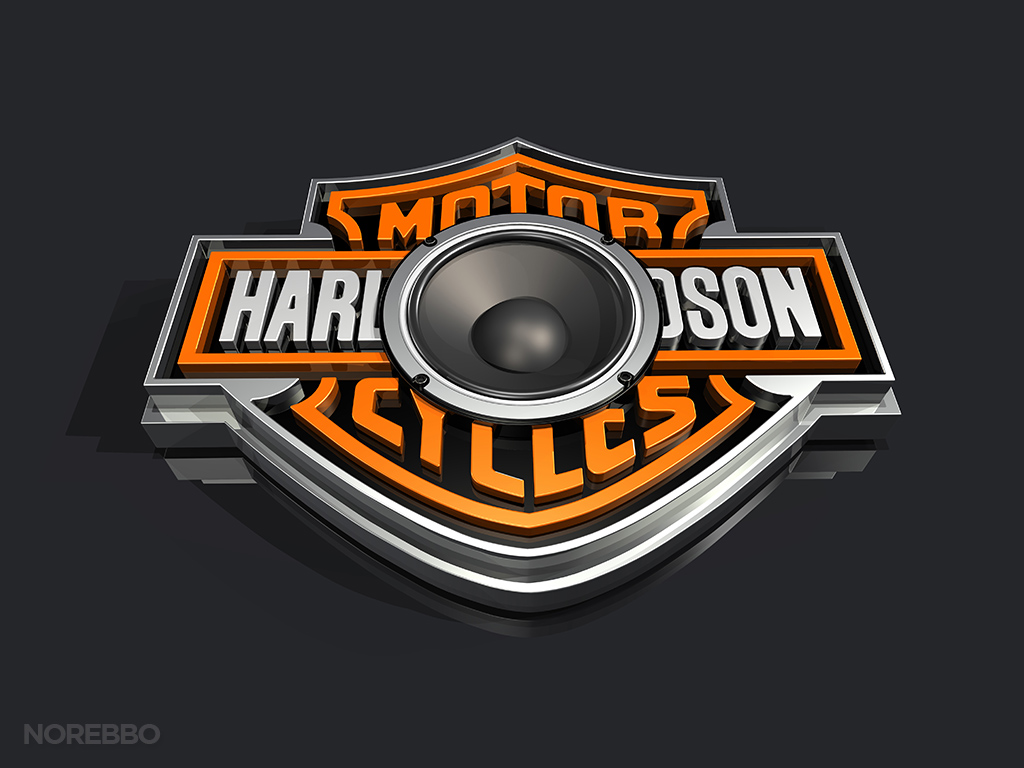 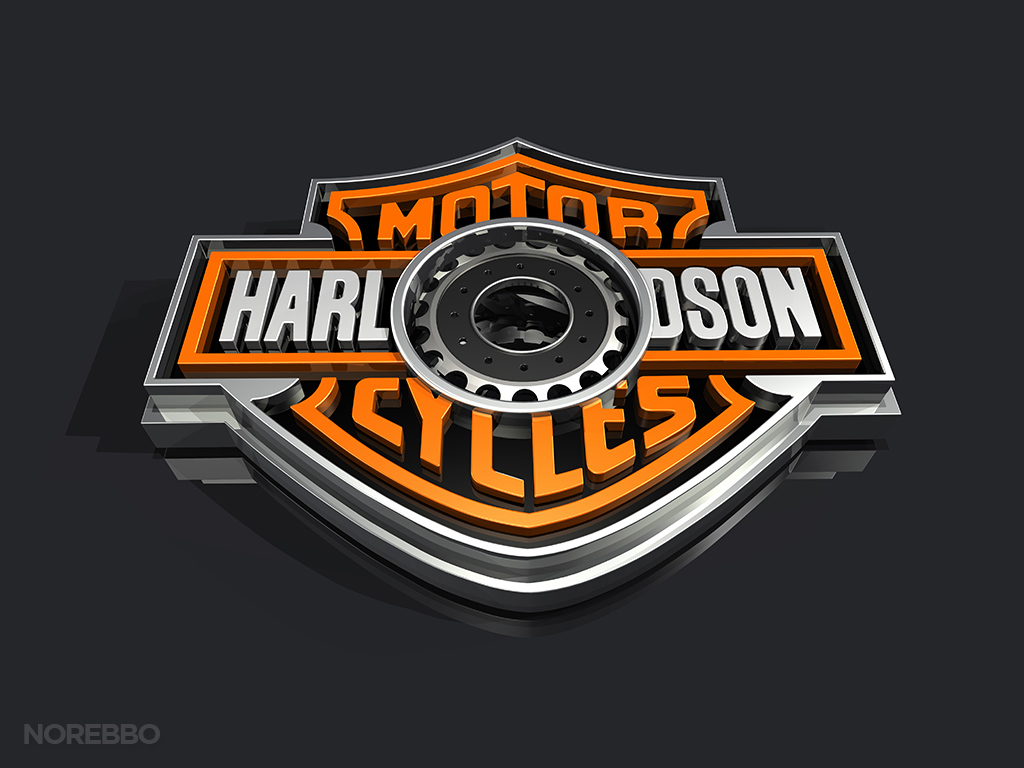 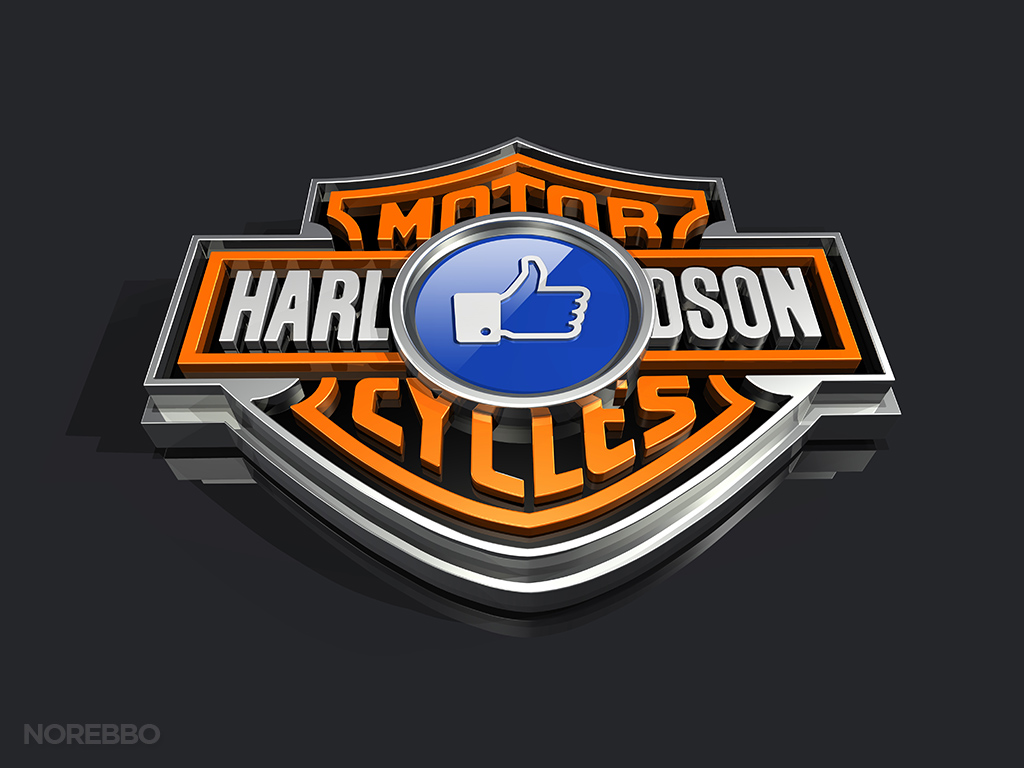 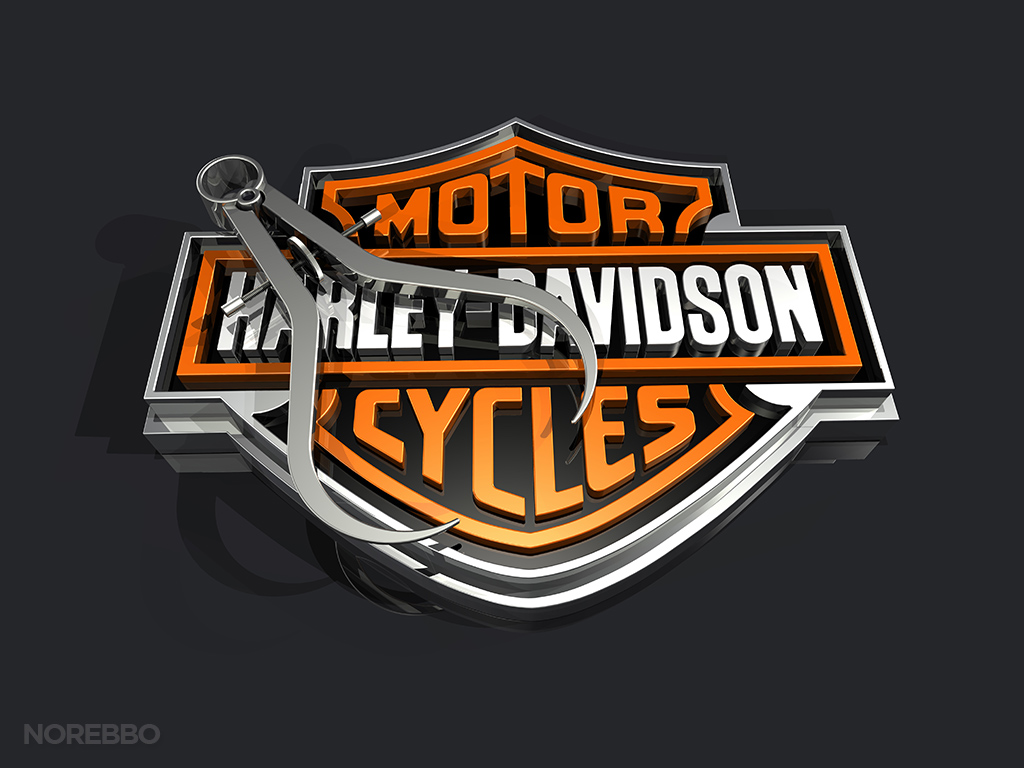 Although the fully modeled (3d) version looked the best, it was by far the most difficult one to work with due to how Form-Z generates solid objects. In a nutshell, smooth (solid) objects in Form-Z are very dense – and there are lot of individual pieces that make up this logo. All those individual pieces made for a very complex object which brought my computer to it’s knees every time I moved it within the environment so it was a real pain to have to fine tune positioning and make small adjustments.

I could have spent weeks creating different variations of this Harley logo (yeah, I like it that much), but I decided to cap it at these 8 illustrations. I can certainly make more depending on how popular these are, and as a matter of fact I’ve got a ton of other ideas which might make for some pretty cool renderings. But there’s no point if nobody needs them! 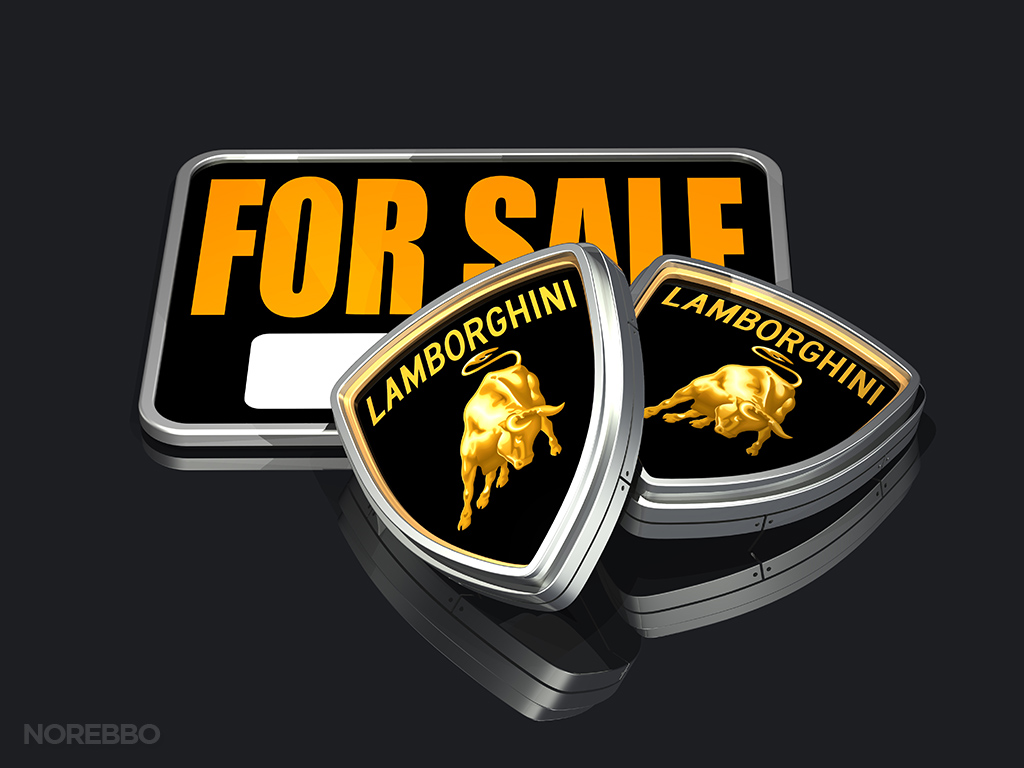 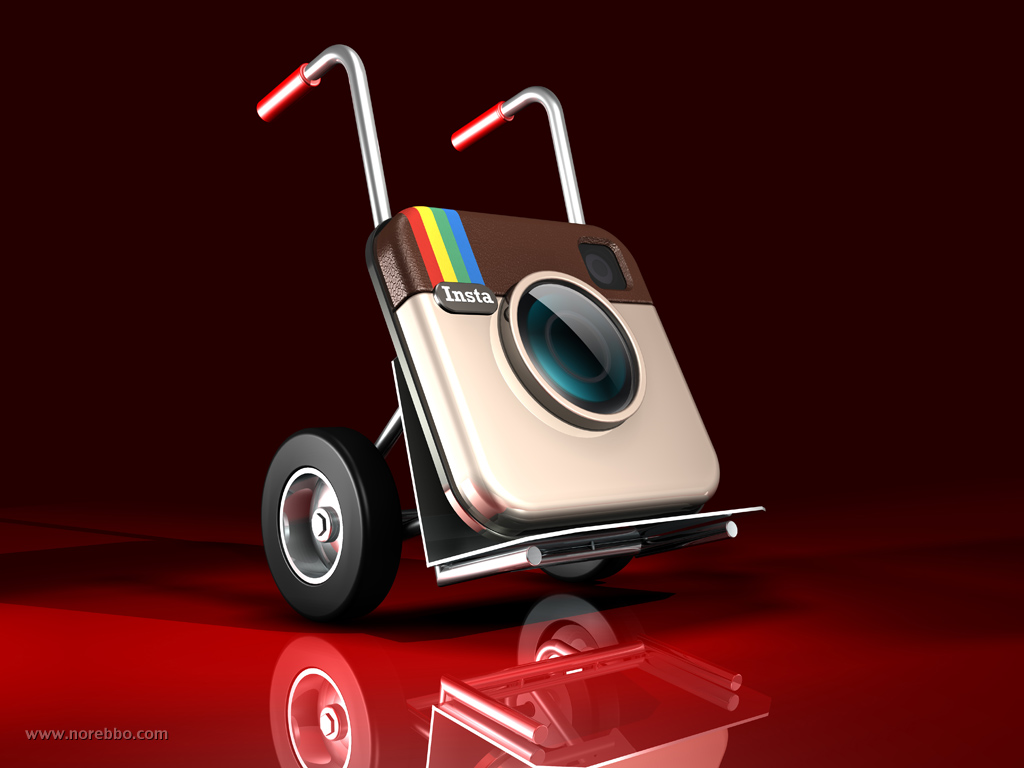 Unless you’ve been living under a rock for the past week or so, you’ve no doubt heard about Facebook’s $1B…