Now that Russia has been shut off to the world (once again), I figured it would be a good time to wrap up the Tupolev Tu-204 blank illustration template that I’ve had half-finished for the past year or so. Yeah, it took a major world event to give me the motivation I needed to finish this, but gosh darn it, it’s finally done.

Of all the side view aircraft templates that I’ve created so far, this Tu-204 was (by far) one of the easiest. The overall design is relatively simple – especially the parts that are usually very technical and detailed (wings, engines, landing gear, etc). It was only the front landing gear that had me muttering expletives. Illustrating the rest of the aircraft was a piece of cake.

For the sake of mass-compatibility, I decided to illustrate the -100 variant. This was (and is) the most popular version of the Tu-204, and I suspect that it’s the one that most of you need a template for. 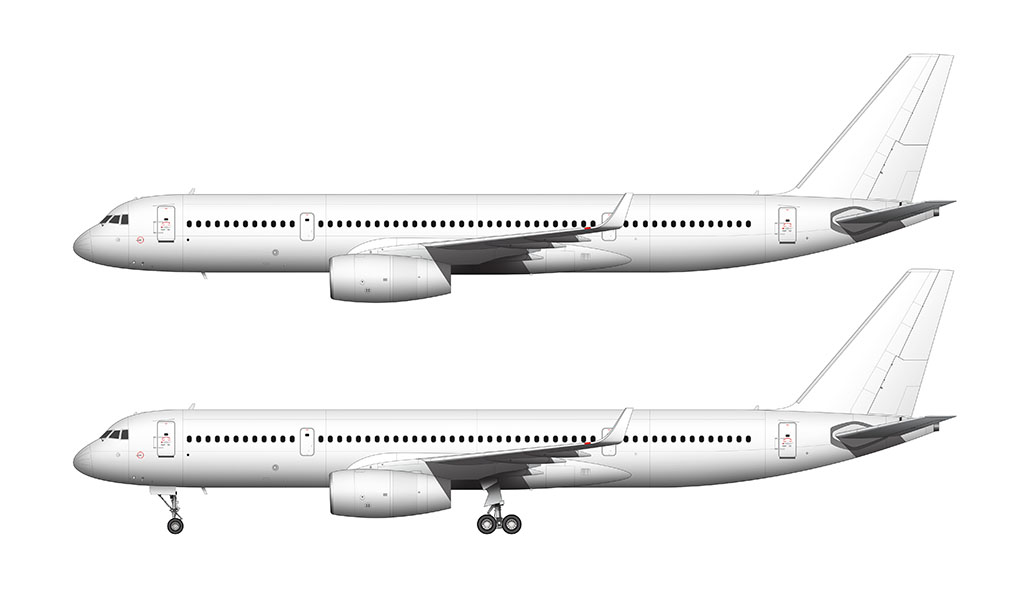 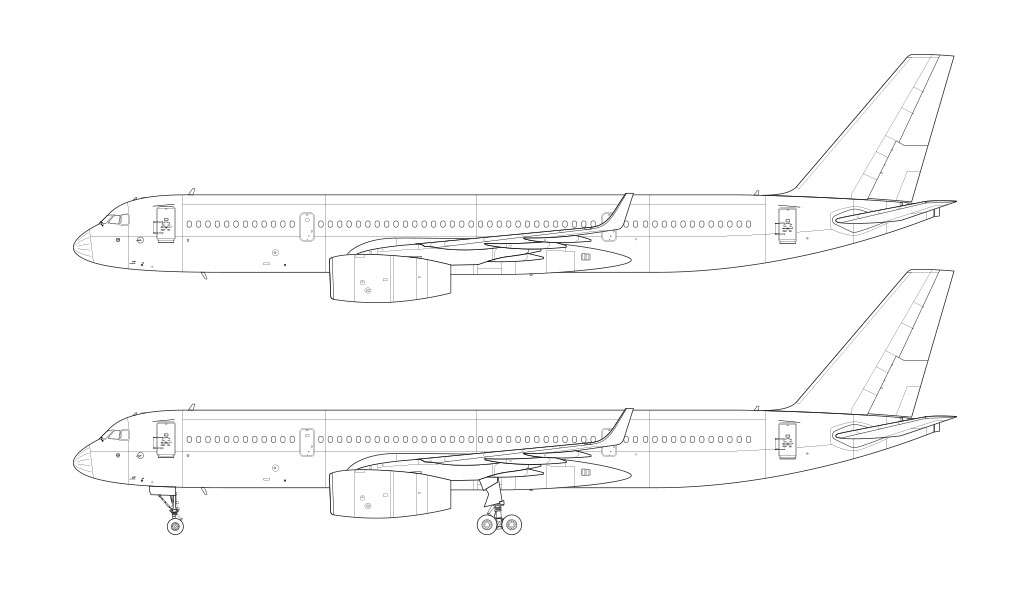 On a side note, I couldn’t help but to think of how drastically different the Tu-204 is to the Tu-154. They most definitely had a change in philosophy when they designed it. Whether it’s true or not, it’s hard not to think that they “borrowed” some design elements from the Boeing 757. I mean, they just had to.

The Tupolev Tu-204 is a mid-size passenger jetliner designed and manufactured by the Russian Design Bureau, Tupolev. The Tu-204 replaces its predecessor: the Tu-154. There are currently 69 of these aircraft in service around the world with various airlines.

Mass production of the Tu-204 began in 1995, and continues to this day. It features a fuselage section similar to that of the Boeing 757, it has twin engines, and a modern wing design (with blended winglet. Despite the narrow-body design, the Tu-204 can operate as either a passenger or a cargo jet. The Tu-204-100C and Tu-204-200C are the freighter versions.

The Tupolev Tu-154 is no longer in production.  It had three engines, and most interestingly, it was more similar to the Boeing 727 than it is to the Tu-204.

When looking at Tu-204 (from any angle) it’s not difficult to notice striking similarities to the Boeing 757. Both are twin-engine, narrow-body, mid-sized passenger jets. Both were developed in the 1980s, although the 757 beat the Tu-204 to market by nearly 13 years.

Other interesting facts about the Tupolev Tu-204

Although the Tu-204 has been accused by many of being a copy of the 757, its a very interesting aircraft once you start looking at all the little details. For example: