It’s been neat to see the Airbus A350 becoming one of the most versatile aircraft of our time. Despite how much hate for it you may have had for it once you saw it starting to replace your favorite jumbo jets on long haul routes, you can’t deny that it has changed commercial aviation in more good ways than bad. And now, with the introduction of the A350F, things are about to get even better.

Don’t worry. I too felt like I got kicked right in the feels once I realized how quickly the Airbus A350F is going to dominate the air cargo industry. Arguably the most high-tech freighter ever built, it’s hard not to think that the glory days of DC-10 freighters (and even 767-300 freighters for that matter) are going to be over before we know it.

Blank side view templates of the Airbus A350F

Creating this set of side profile template for the A350 cargo variant wasn’t all that difficult since I already had templates made for every other type of A350 so far (A350-800, A350-900, and A350-1000). The difficult part was doing the research to try and figure out how the freighter differs from the passenger versions. 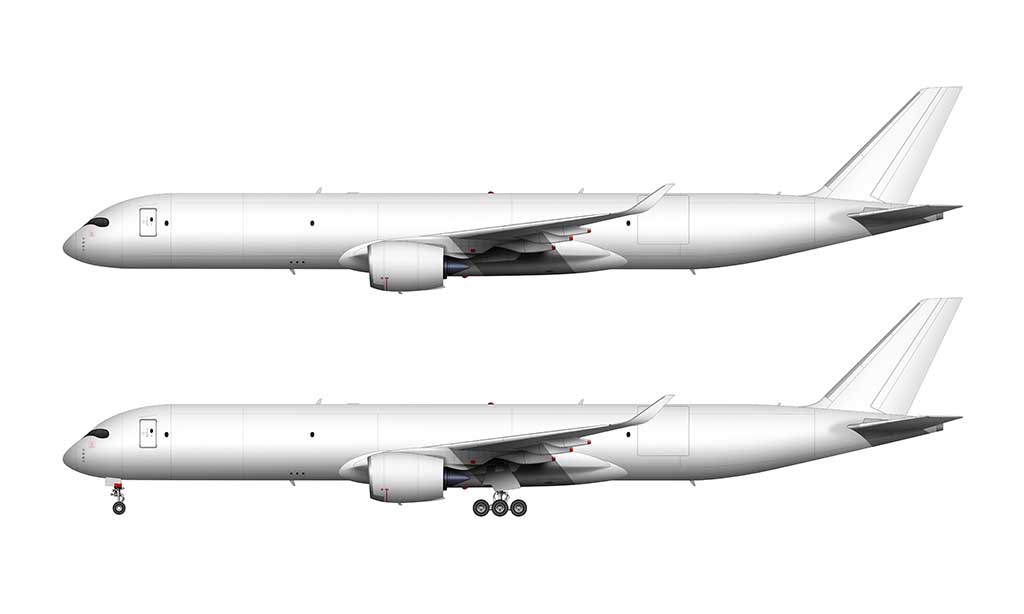 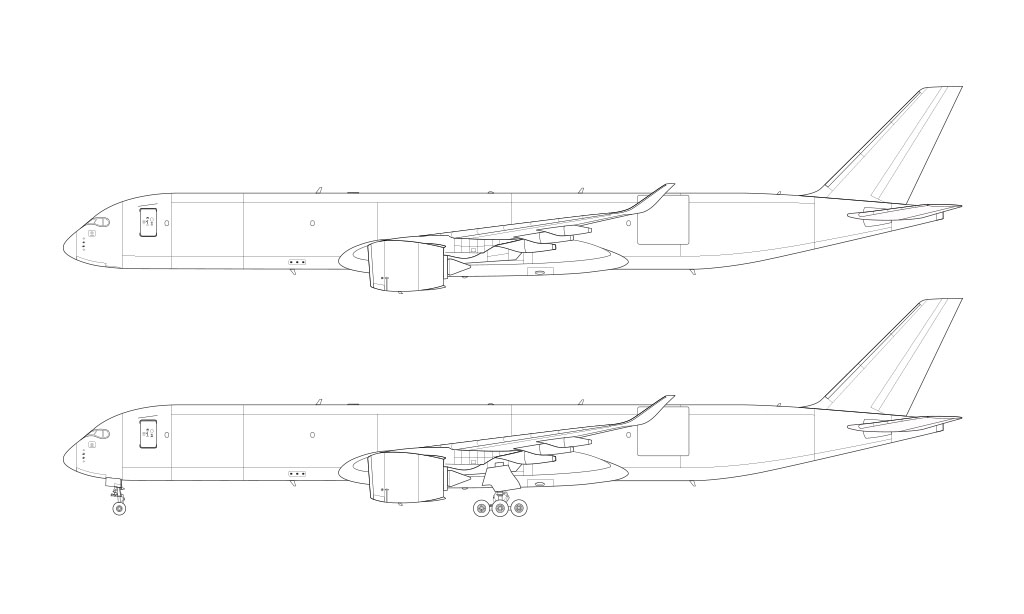 Technical side profile line drawing of an Airbus A350F

As you can see from the illustrations above, the A350 looks absolutely stunning in freighter configuration. It’s arguably the sleekest cargo plane in the world at the moment, and one of the best performing ones at that. And yes, I’m not afraid to go on record by saying that I think the A350F looks better than the 777F. To me, the 777 freighter looks a bit porky in comparison.

How is the Airbus A350F different from other variants of the A350?

Interesting things to note about the length of the A350F:

Instead of placing the cargo door ahead of the wing (as it is with most other commercial aircraft converted to freighter use), it was placed behind the wing instead. This prevents scenarios where the aircraft could tip backwards on its main gear during the loading process. 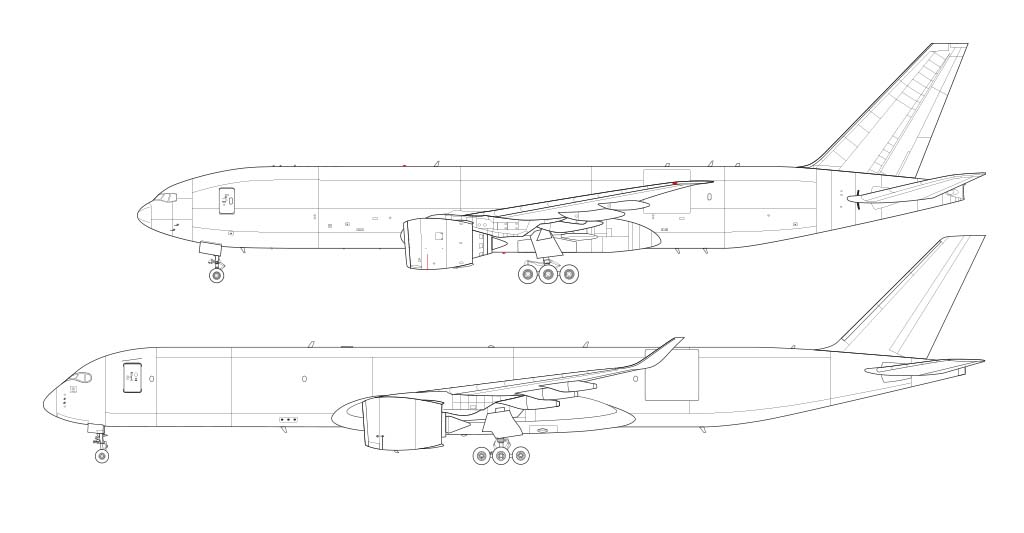 What are the visual differences of the A350F compared to other A350 variants?

Interestingly enough, there are very few visual differences between the A350F and other versions of the A350. 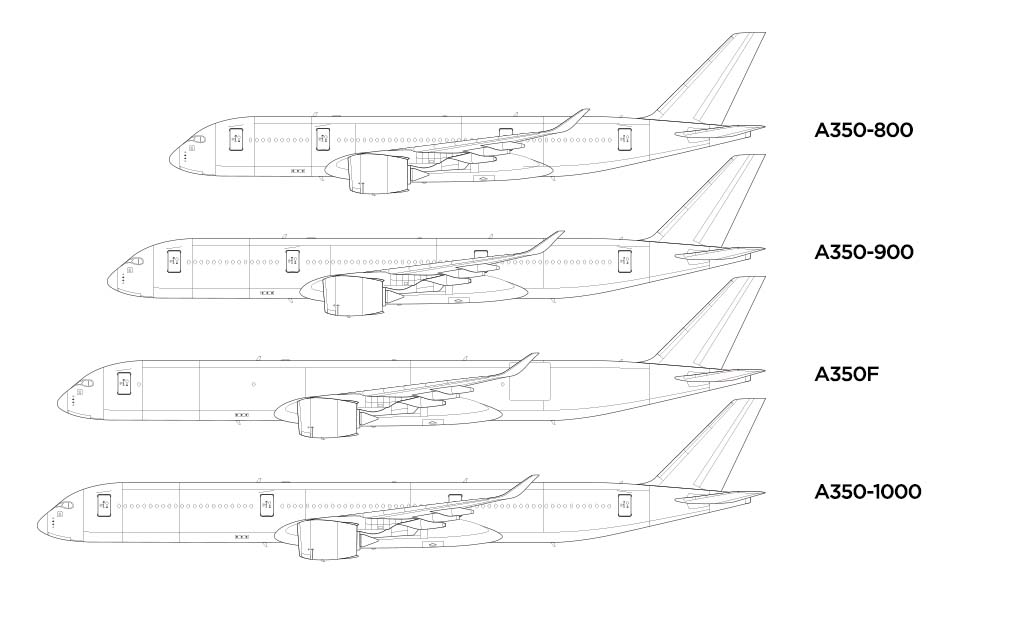 A visual comparison of all the A350 variants