Have you been enjoying my A320 and A321 NEO side profile templates so far? I hope so. A lot of work goes into into each and every one of these illustrations, and it takes me a lot of time to get them looking as accurate as possible. As long as there are people out there like you who enjoy the work that I’m doing, that’s all I need to keep grinding out more and more templates of commercial airliners. I also like to take this opportunity to thank all of you who have purchased high-res vector and PSD source files of these templates on my online store – I hope those illustrations are useful for your projects and are helping you succeed in creating some really awesome content.

Now that I’ve got the A320 an A321 NEO templates out of the way, it’s time to post my favorite one of all: the A319. The big new engines combined with the short fuselage makes this aircraft look to be a tough little bugger with more than enough power for any mission, and it seems like it would be an awesome performer for long and thin routes across the US or the Atlantic. 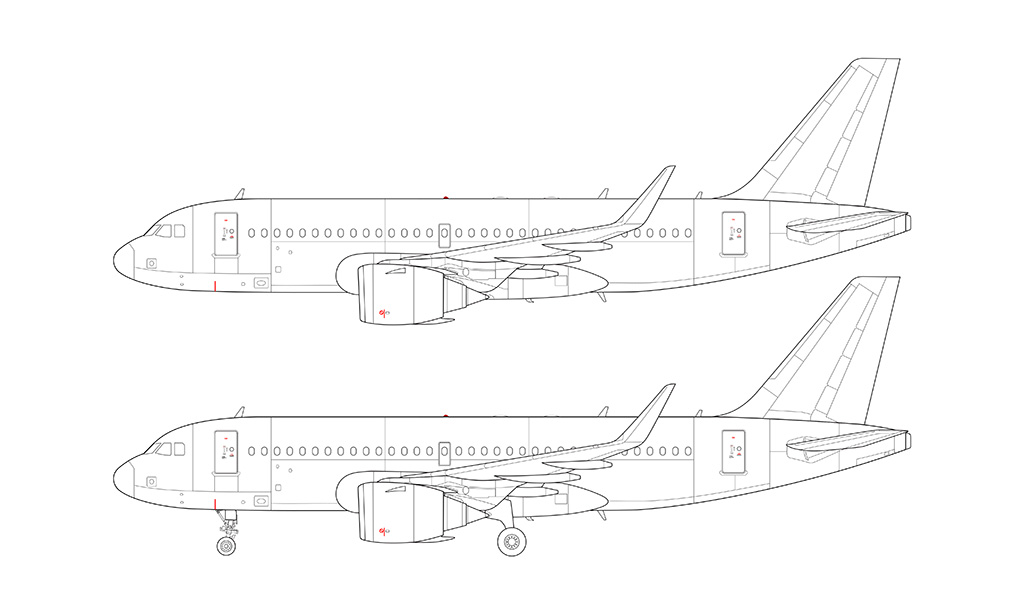 Unfortunately, with only 51 orders for this aircraft on the books at the time of this writing (and no deliveries yet), most airlines don’t agree with me that this is the best Baby Bus of all. To put that number in better context, the slightly larger A320 NEO has 3688 orders on the books with 138 delivered to date. The A321 variant has 1429 orders with 6 deliveries so far. As much as I hate to admit it, things aren’t looking good for the A319 NEO.

This sort of thing isn’t new to Airbus. They faced a similar problem with the A350-800 – a smaller (but longer-range) variant of the A350-900 and -1000 that hasn’t seemed to catch on yet. As a matter of fact, the only airline with an outstanding order (for 12 frames) is Asiana. Rumor has it that Airbus is trying to talk them out of it and into another type of aircraft instead, and once that happens, this “baby” A350 will likely be killed. Will be A319 NEO face the same fate? If I were a betting man, I’d go all in on “you betcha.” 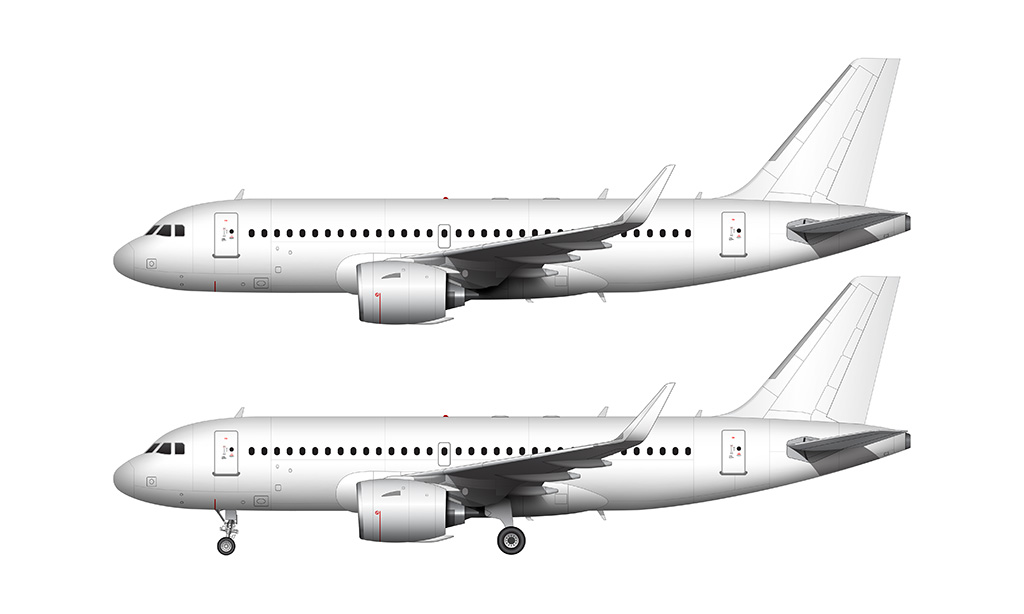 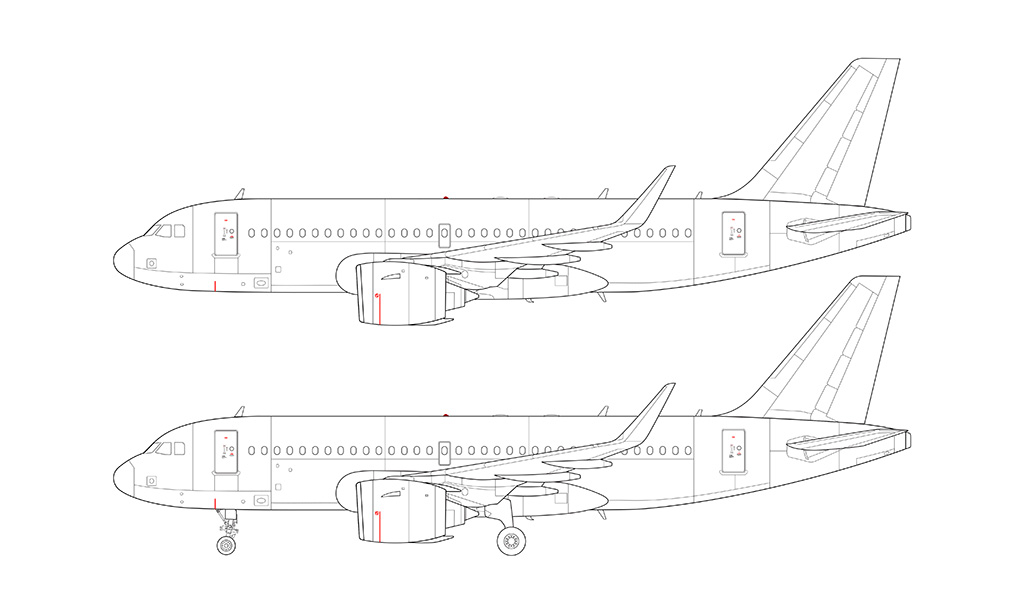 It’s easy to speculate what might happen in the long term, but the honest truth is that I really have no idea if this aircraft will see the light of day. Remember, the A321 wasn’t very popular when it was first released either, so maybe it’s just a matter of time for market conditions to evolve to a point where this re-engined A319 is an attractive option. Airbus obviously sees the potential in it, otherwise they wouldn’t have spent so much time and money putting it out there. Sometimes these things take time.

Until then, it will still be a lot of fun to see all of you take these templates and apply some really great liveries to them (both fantasy and real). And who knows? Maybe some of those illustrations will persuade some of the large airlines to think more seriously about this big-engined A319 and how well it would integrate into their existing fleets. Airbus needs your help! Do them proud.

Finally, I’d like to give you a little information about what is coming next. I’ve had a lot of requests for cargo aircraft, so I will likely do a 747-400F, followed up quickly by a 777F, and then a 757-200F. These shouldn’t take very long to do, so you can expect to see them on the blog (and store) relatively quickly. However, I will need to fit these in between the work I’m doing on my travel blog and some cleanup of some of my older templates. That’s right…I said cleanup.

For those of you who haven’t been paying attention, I’ve been working very hard over the past few months cleaning up and refreshing a lot of my old airliner templates for the online store. I’ve been adding more details, smoothing out the shading, and making the PSD files much more organized than the originals. It’s a lot of work to go back through and rework some of those old templates, but I feel it’s important because I want to give you guys the best possible product that I can. I know I’m a bit slow at times creating new templates, but it makes me feel good to take my time to get things right instead of rushing and pushing inferior illustrations.

Thank you as always for your support. You guys rock!