The illustration at the top of this post depicts the second version (my favorite of them all) with thick blue cheat lines spanning the entire length of the highly-polshed bare-aluminium fuselage. This is the version I had in my mind when I set off to start this illustration set, and it was only when collecting reference photos that I discovered the different versions of this livery. I guess I’m not as much of a hard-core aviation nerd as I thought I was!

Eastern launched their L-1011 service in 1972 with a very clean white and blue color scheme: 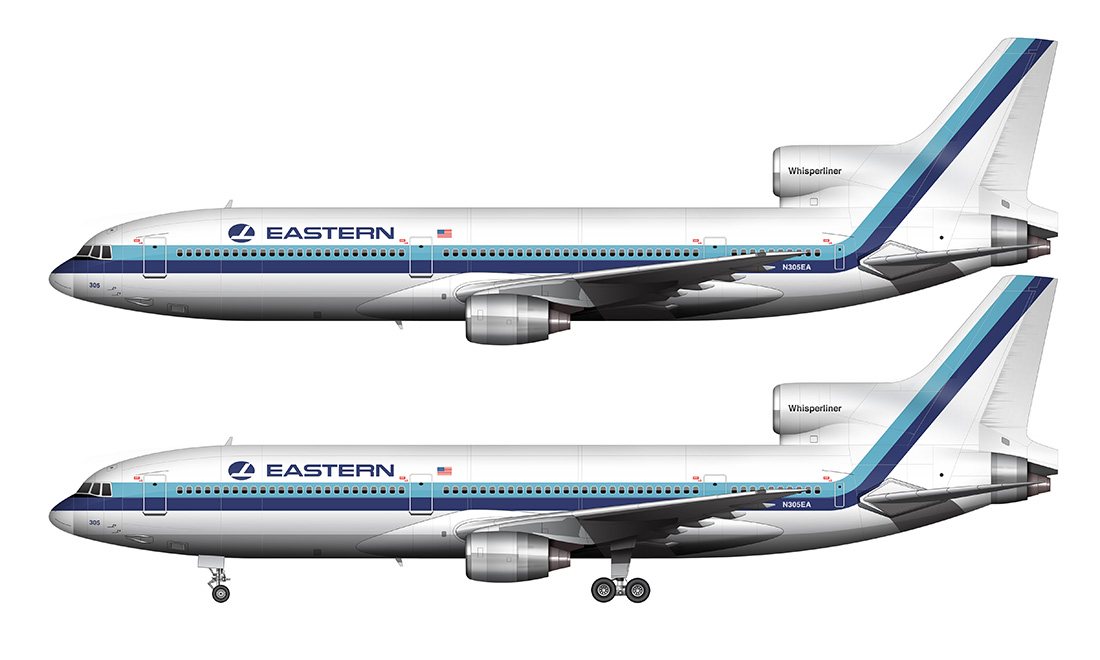 Personally, I think this design was a bit ahead of it’s time. Those cheat lines are oh-so-70’s, but they remind me of something that was commonly seen later in the decade, and not as early as they were introduced. Also, the colors seemed to have more of an 80’s look and feel with soft blues over a clean white fuselage. Most 1970’s airliner liveries were very bold and featured dark (saturated) colors integrated with large sections of exposed metal. On a side note, I love how they referred to these things as “Whisperliners”. If you’ve ever had the chance to be under the flight path of one of these things on takeoff, you’ll know what I mean when I say that the nickname was a bit of a stretch. These airplanes did anything but whisper.

The final livery was just a slight variation of their second, with the only difference being thinner cheat lines. The polished aluminum fuselage and both shades of blue remained, but making the stripes thinner had a rather significant impact on the overall look of this design IMHO. 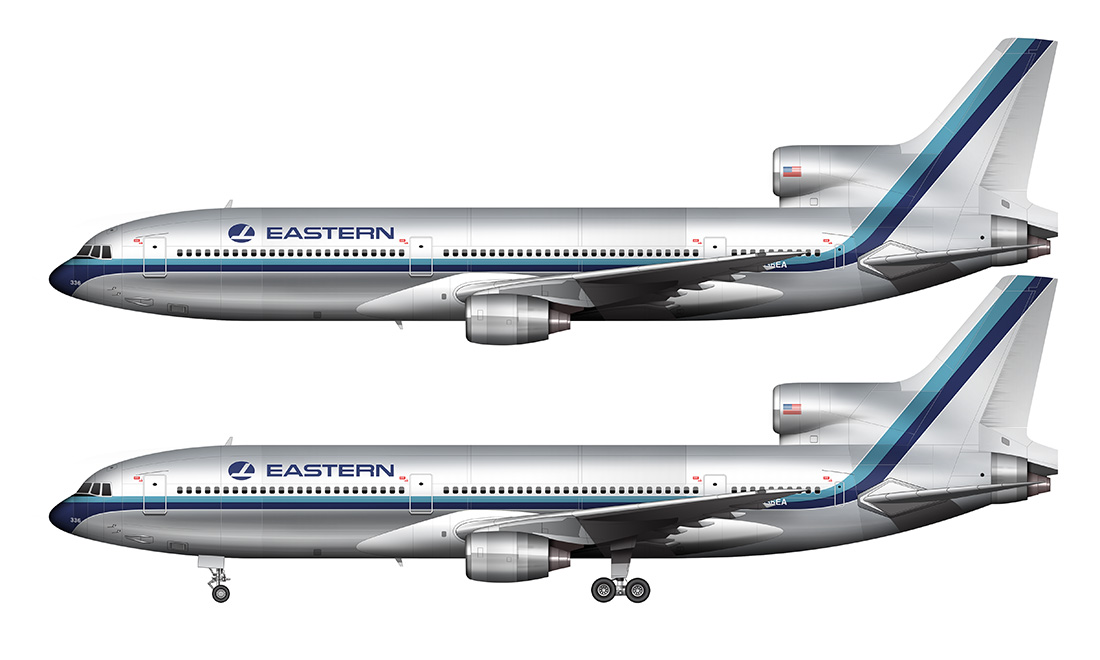 Side view of the final Eastern Airlines livery, which featured a much thinner cheat line

All the research I’ve done seems to indicate that the purpose behind the stripe re-size was to reduce the amount of paint they used for each aircraft, which not only saved on paint costs, but weight as well (translating to better fuel burn). Eastern Airlines must have been in pretty bad shape financially if they found their original polished-aluminum livery to be too costly. There was hardly any paint on those airplanes to begin with! I would have guessed the reasoning to be just a modernization of the look, that’s all. Remember those ultra-thin neckties in the 1980’s? Thin was in!