Yeah, the process of completing my ERJ templates is going a bit slower than I had originally planned, but the good news is that I am more than halfway done now with the completion of this ERJ-140. For those that don’t know, the ERJ-140 is a 44-seat version of the 50-seat ERJ-145. If you’re like me and you need pictures to help visualize the differences, check this out: 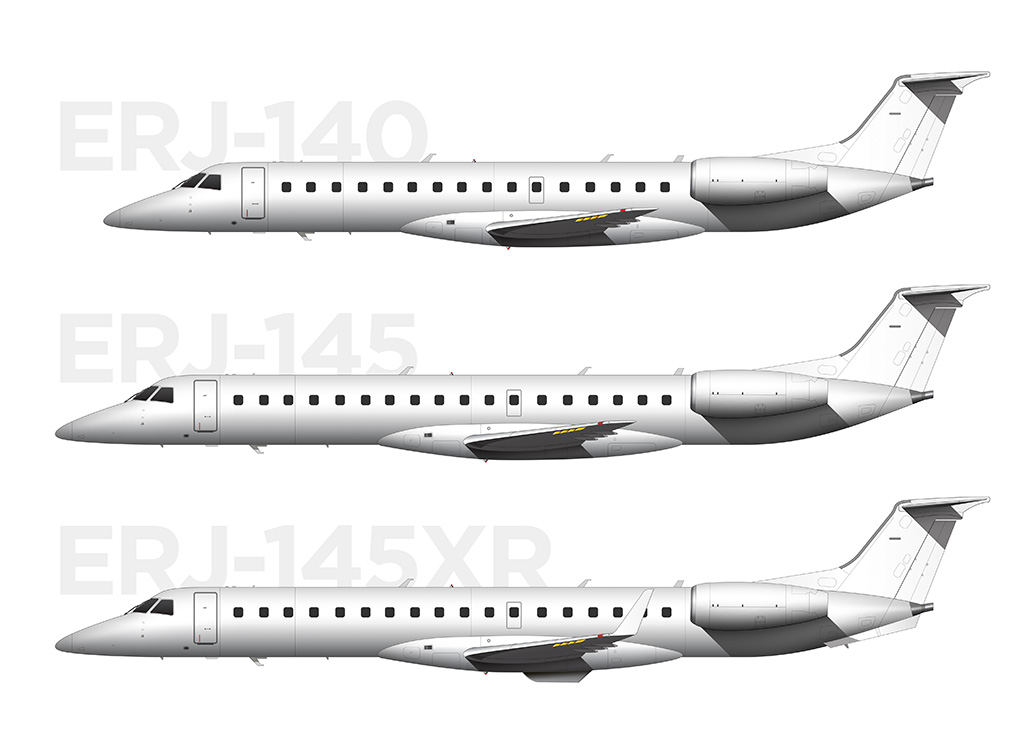 Pretty neat, huh? Unfortunately, as interesting as that diagram may be, it reveals the fact that there really aren’t that many differences between the -145 and -140. As a matter fact, there aren’t any differences other than fuselage length – which isn’t helping my case any when I try to defend myself for taking so long to create all of these templates.

The honest truth is that this series of templates is probably one of the easiest I’ve done in a long time, for the simple fact that there aren’t any major visual differences between each variant. The vertical stabilizers, wings, landing gear, and engines are all the same (for the most part). In comparison, the primary competitor to this aircraft (the Canadair Regional Jet) is all over the place when it comes to consistency between it’s variants. Check out my template of the CRJ-200, then compare it against the CRJ-900 and you’ll see that the only thing similar between those two types is pretty much the fuselage and a handful of minor details. 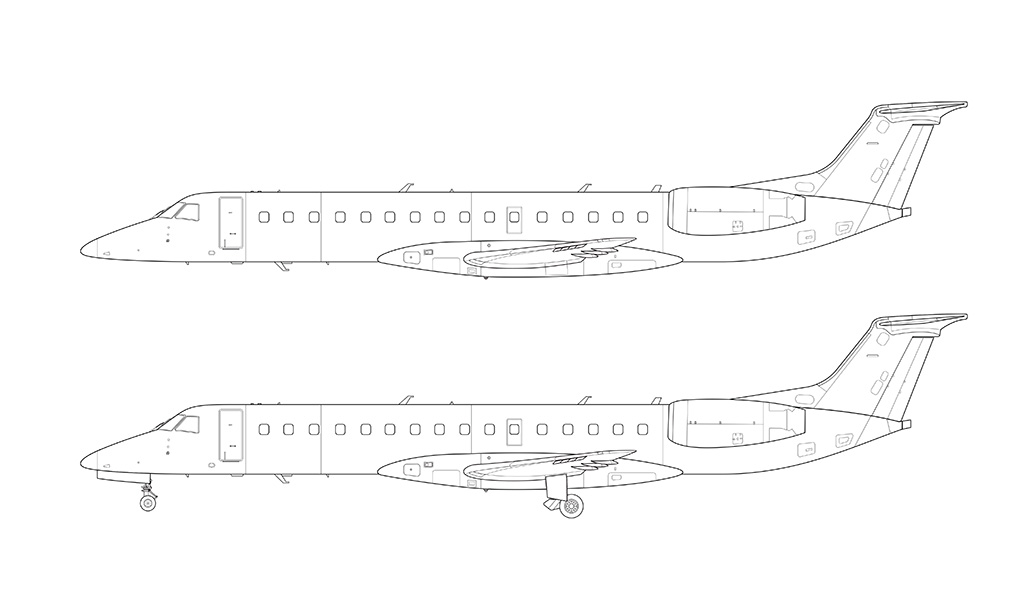 Side profile line drawing of a Embraer 140 regional jet

Thinking back on it, it’s probably a really good thing that this series of templates has been so easy to make. I probably would’ve skipped over the -140 altogether if it weren’t for the fact that it was just a simple shortening of the fuselage. All the research that I did prior to starting this one suggested that the -140 is the least popular variant of the entire ERJ family, and it may not even have been worth creating a template at all. I couldn’t find the exact numbers to prove just how unpopular it is, but a simple search of the airliners.net photo database revealed how frustrating it is to find good reference material for this particular aircraft. There are tons and tons of pictures of -145‘s and -135’s, but the -140 is the proverbial needle in the haystack. Lucky for you, my sick and twisted determination to finish what I start kept me going all the way through to find the reference material I needed.

On a sidenote, I’m writing this post at the Radisson Blu hotel at Zürich airport (ZRH), overlooking the runways from my room, and I’ve been watching a steady stream of ERJ-145 business jets take off and land over the past several hours. I had no idea they were so popular here, and it’s weird to see so many of them in one place! I guess what they say about Switzerland being one of the wealthiest nations in the world is actually true. If that didn’t convince me, the handful of Lamborghini’s and Ferrari’s pulling up to the terminal would have done it for sure. There’s money here. And a lot of it.

Ok then, I’m only one template away now from finishing up this ERJ family of aircraft. The last and final one (the ERJ-135) is next!