I’m on a roll now. It wasn’t very long ago that I finished my Boeing 787-9 illustrations, and I had enough enthusiasm left over in me to go ahead and tackle yet another much-needed variant: the Boeing 737-700. I’ll tell you what, I like doing these variants a whole heck of a lot better than creating templates of an aircraft from scratch – it takes hardly any time at all (comparatively) and there’s no need to mentally psych myself up for a huge project. So I took my existing template of a 737-800 of and started chopping…

Compared to it’s bigger brothers (the 737-800 and -900), I like the look of the -700 series the most. It has a perfect wing to fuselage ratio (IMHO) that makes it look well balanced from all angles. And a bit stout and muscular too, which can’t be said for larger versions of this same airplane. 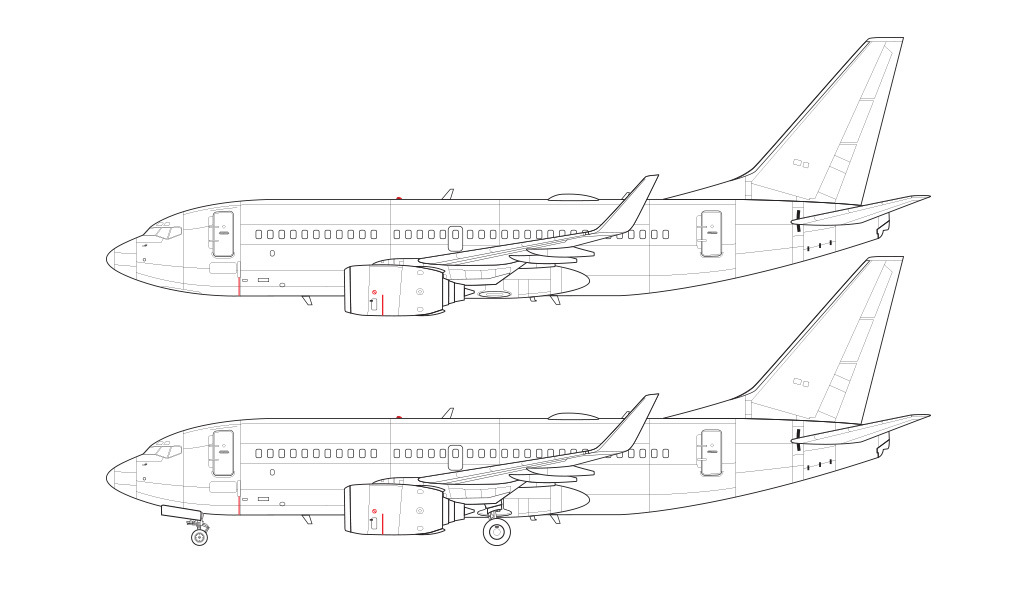 Because I like the looks of it so much, I drew this template at a slightly wider angle than most of my other ones. Doing this puts a bit more emphasis on the winglets, which I like, and I don’t think it’s extreme enough that it makes these drawings too artistic to be used for technical reference. Whereas all of my other templates are drawn as you’d see them through a 55mm camera lens (roughly), this -700 is drawn at more like 45mm. So, not so much of a difference but I think it creates a nice look.

So now that I have the -700 and -800 variants of the 737 complete, I’m probably going to do the -900 before I go back and do some of the classics such as the -100 through -500 series. Those older versions will take longer to do because of differences in engines and wing structure, and I’m in no mood to psych myself up to tackle that kind of thing right now!

September 2018 edit: I’ve got good news for all of you 737-700 fans who have been refreshing this page every 5 seconds for the past 4 years or so waiting for updates. At long last, I’ve finally added additional versions of this aircraft with split scimitar winglets and no winglets at all! Yeah, I know I can be slow at times, and I greatly apologize that it’s taken me this long to build out the entire 737-700 lineup. But enough of me yappin’ – here they are: 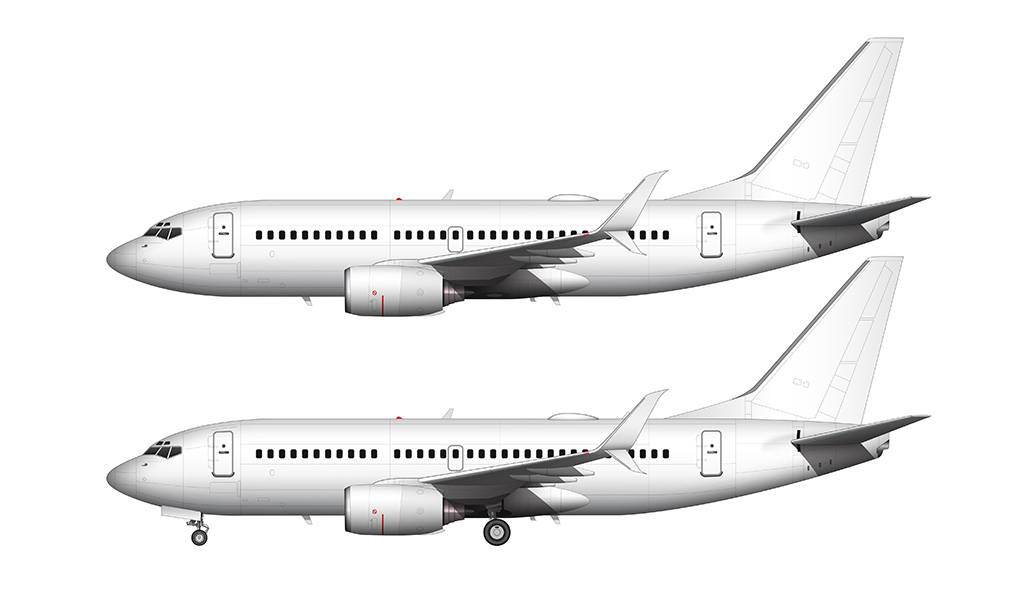 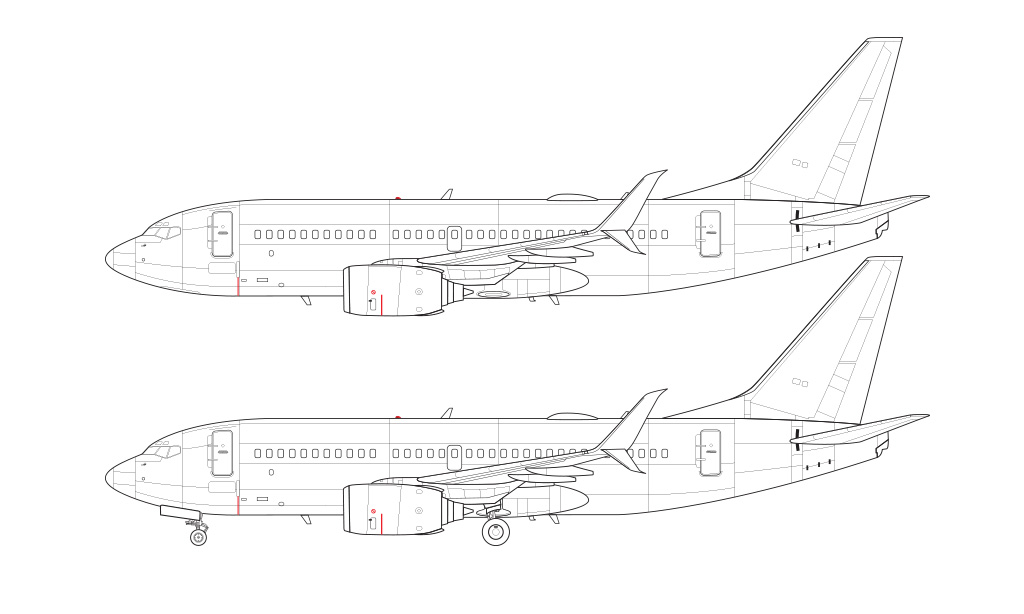 Wireframe line drawing of a 737-700 with split scimitar winglets 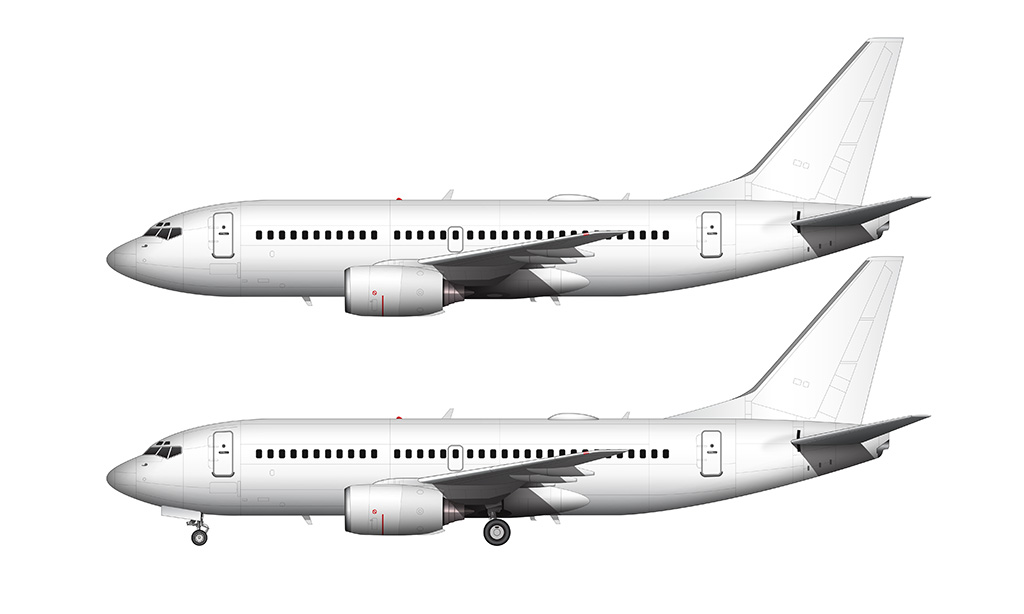 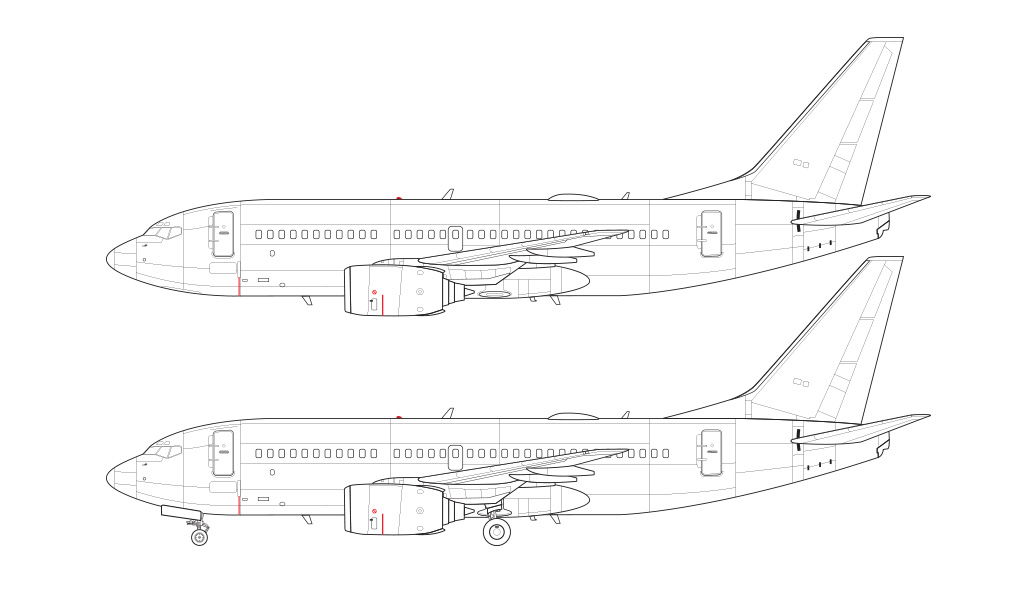 Wireframe line drawing of a 737-700 without winglets