As I recently mentioned on Facebook, I’ve been struggling for a long time trying to create realistic glass materials in my primary 3d modeling software (Form-Z). Most of the time I just try to get it as close as I can in Form-Z, and then put the finishing touches in with Photoshop – it’s kind of a pain, but I can usually achieve the look I’m going for by doing it this way so it’s not been that big of a deal to me.

However, the perfectionist in me just knew there had to be a way to create realistic looking glass in Form-Z. I conveniently had a series of HP logo illustrations in progress, so I decided to kill two birds with one stone and see what I could do. After all, the HP logo is very simple and I was having a hard time trying to come up with interesting illustrations using traditional materials like metal and plastic – so glass seemed like a good way to make these renderings seem a bit more interesting. Long story short, I was able to create a realistic looking glass texture with believable refraction through a combination of metallic base layers with added transparency.

I also discovered that it’s actually more difficult to create an illustration series based on an old and established brand such as HP. These kind of corporate giants tend to be quiet and more reserved than young start-up companies such as Pinterest or Google, and it’s hard to find the metaphors that I usually like to use in my renderings. I mean, really – has HP done anything exciting in the past few years (besides laying off thousands of employees)? As a result, I didn’t create as many of these as I was hoping to, because I found that I was reaching too far with some of the concepts and I was beginning to question whether or not these would be useful to anyone. For that reason alone, I think some of the plain HP logos I rendered (without secondary objects) have more value. But that’s just my opinion… 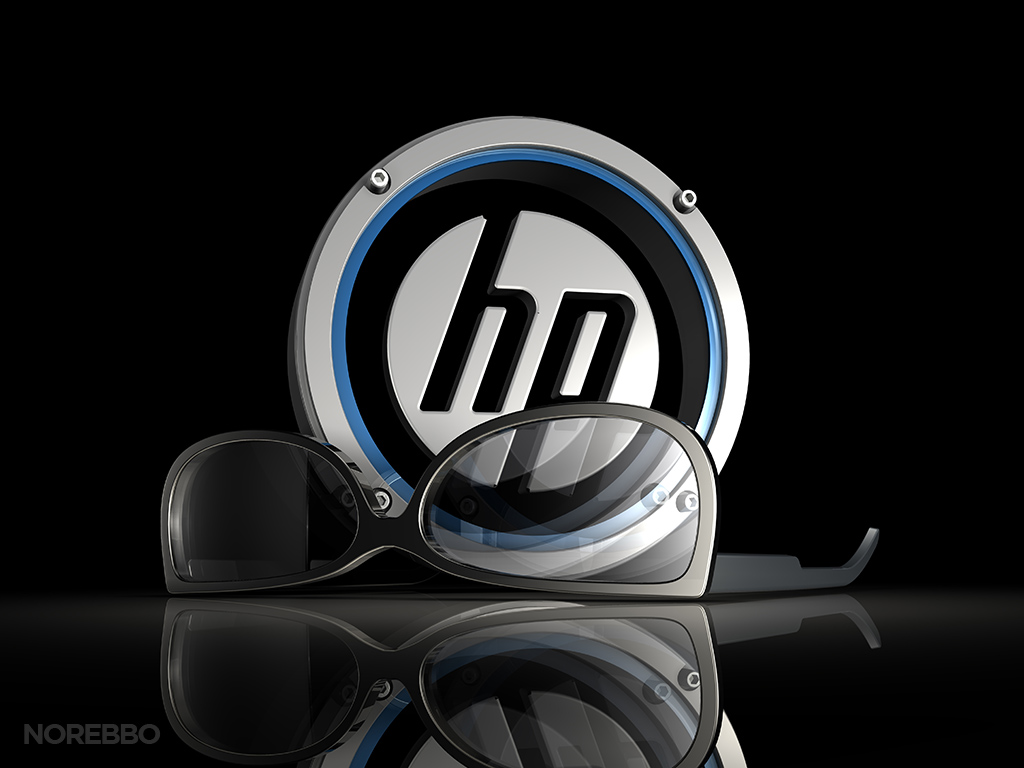 The perfect image for those who think HP is cool 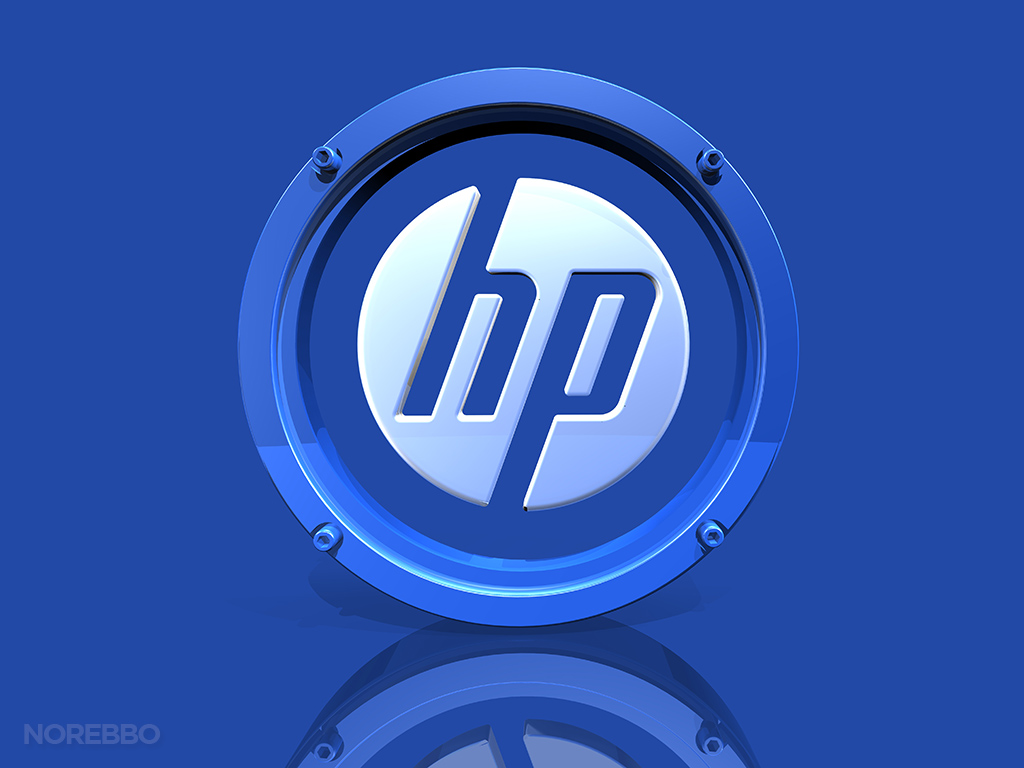 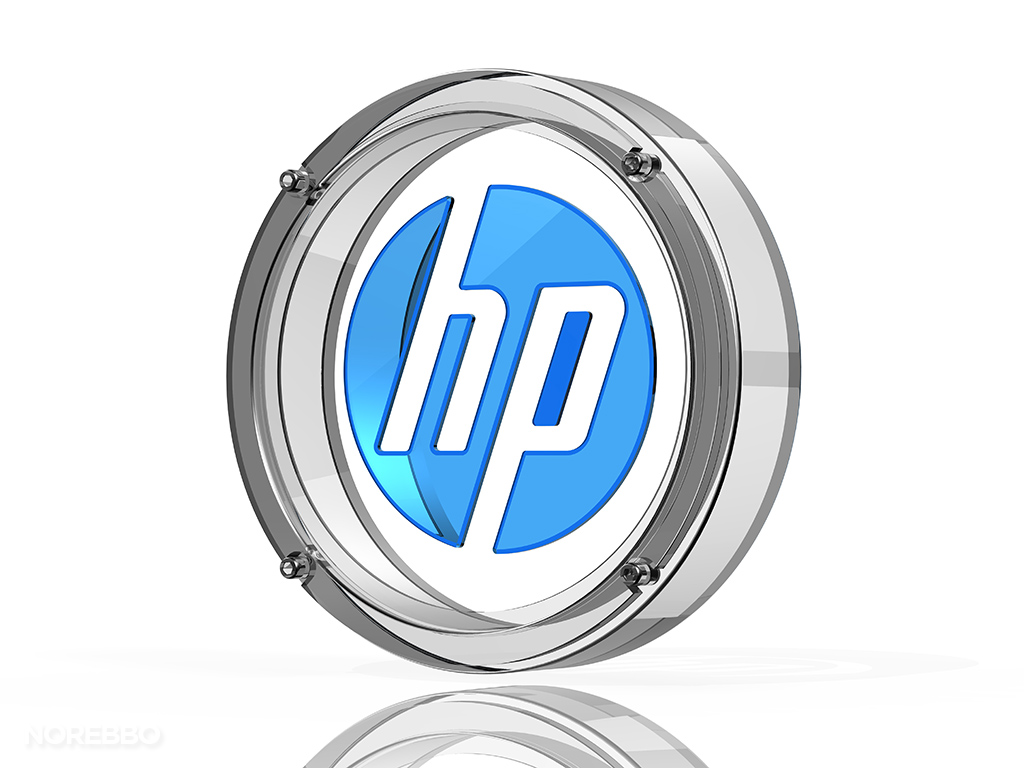 HP logo made out of white and blue transparent glass 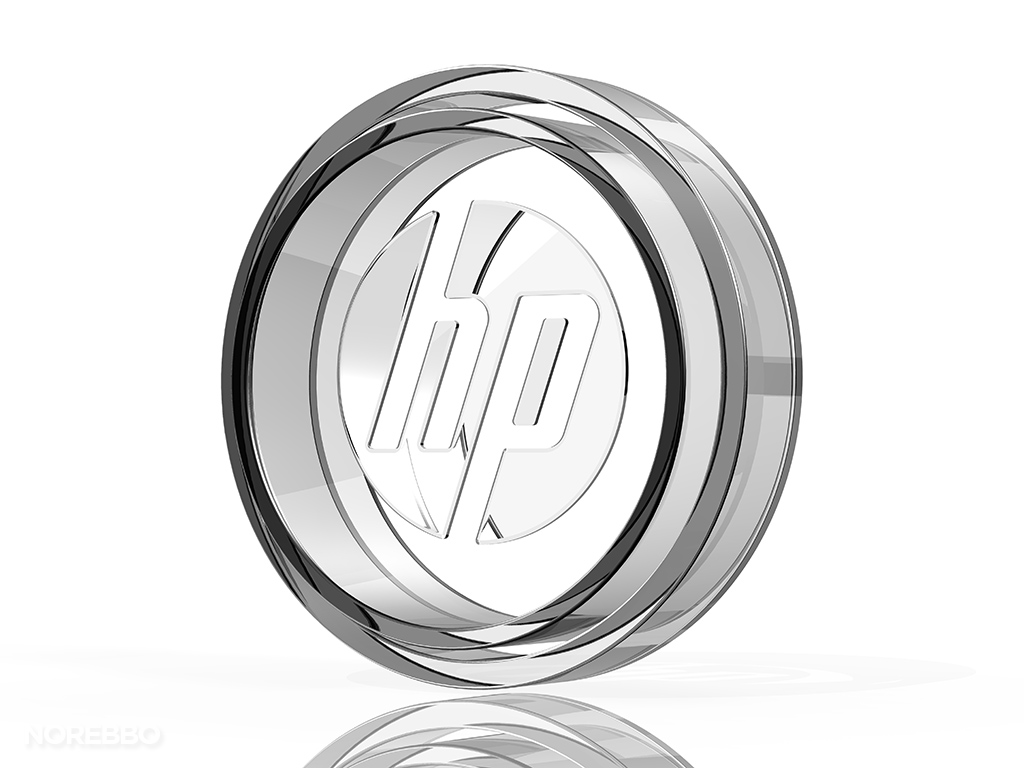 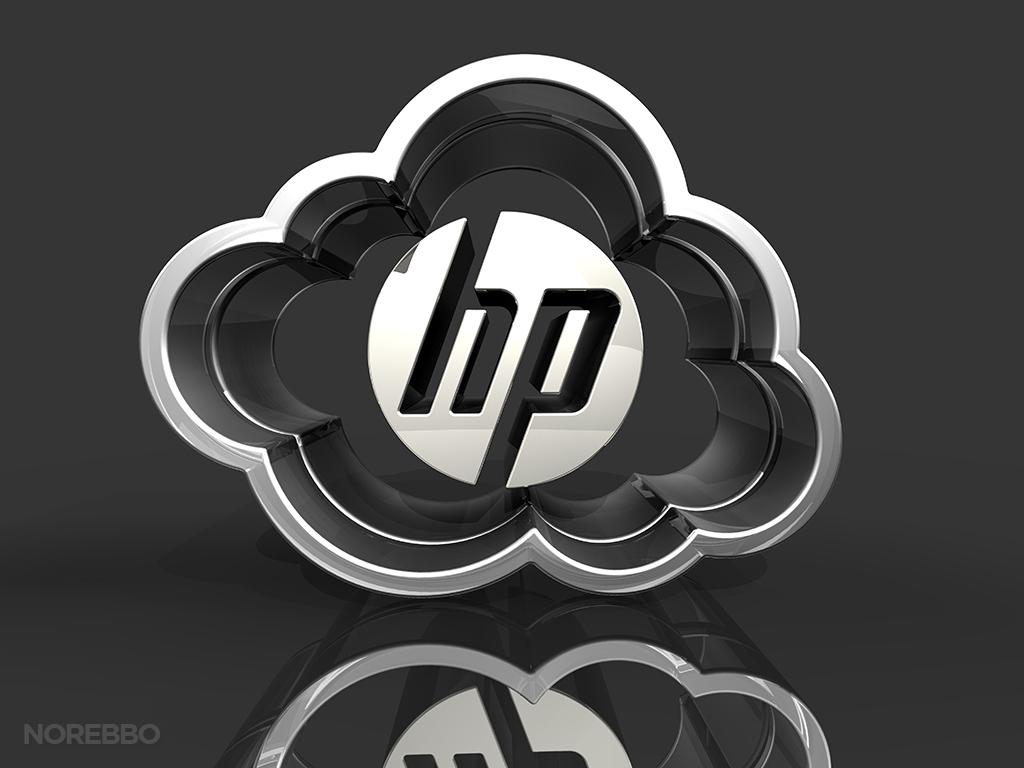 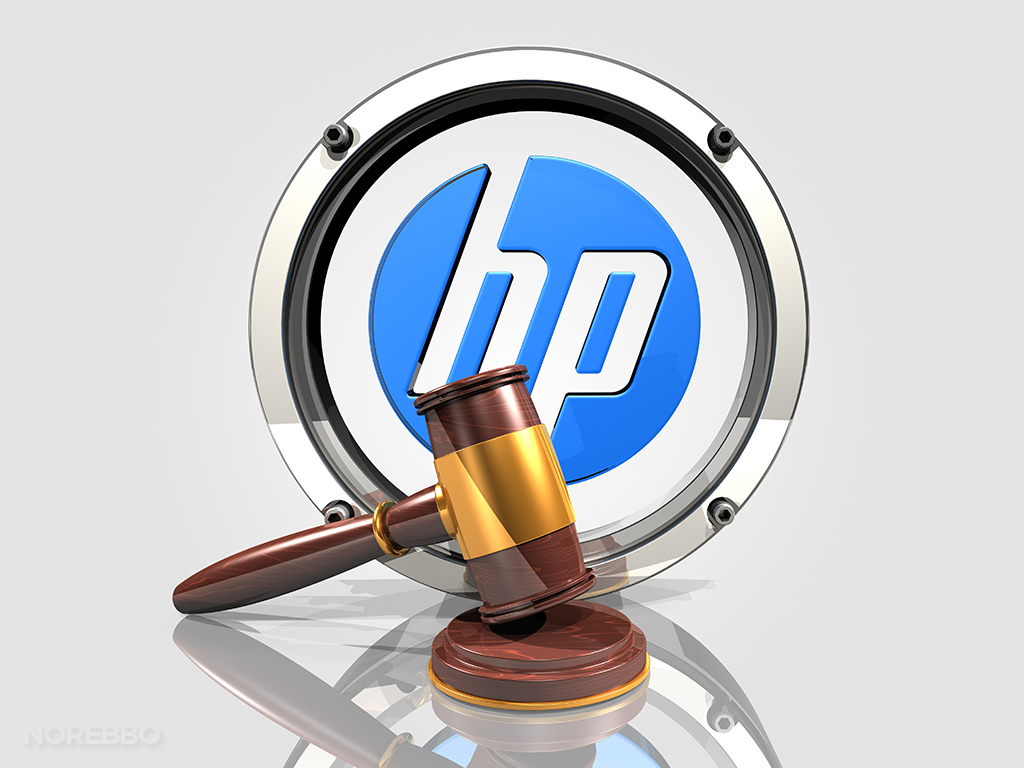 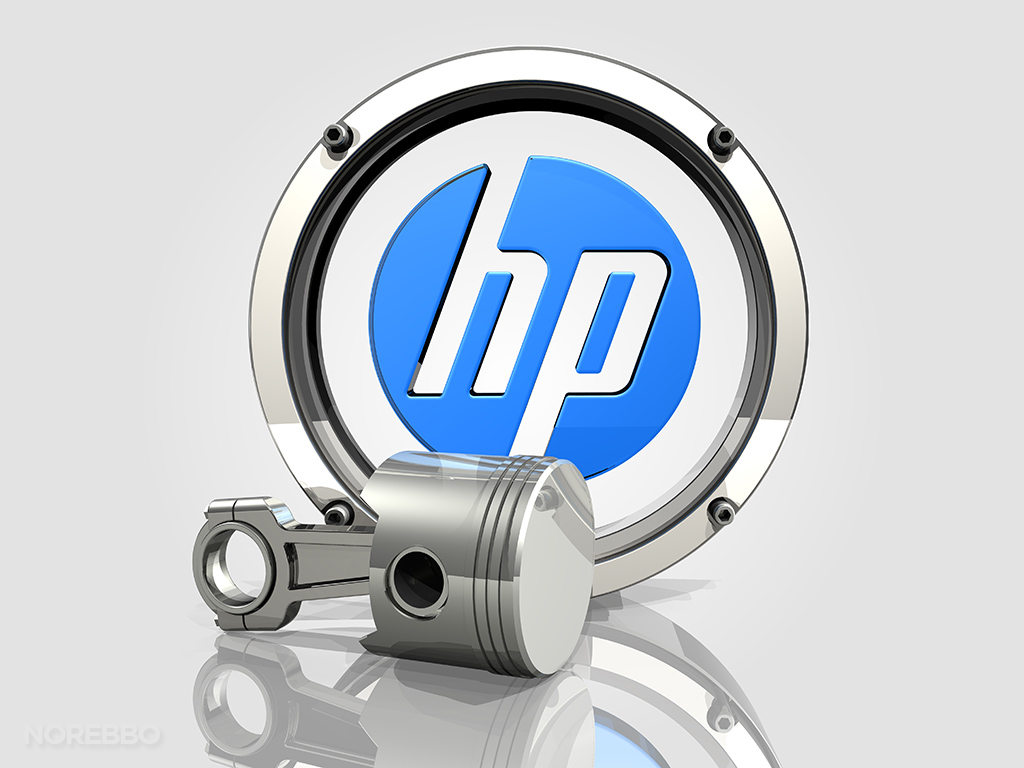 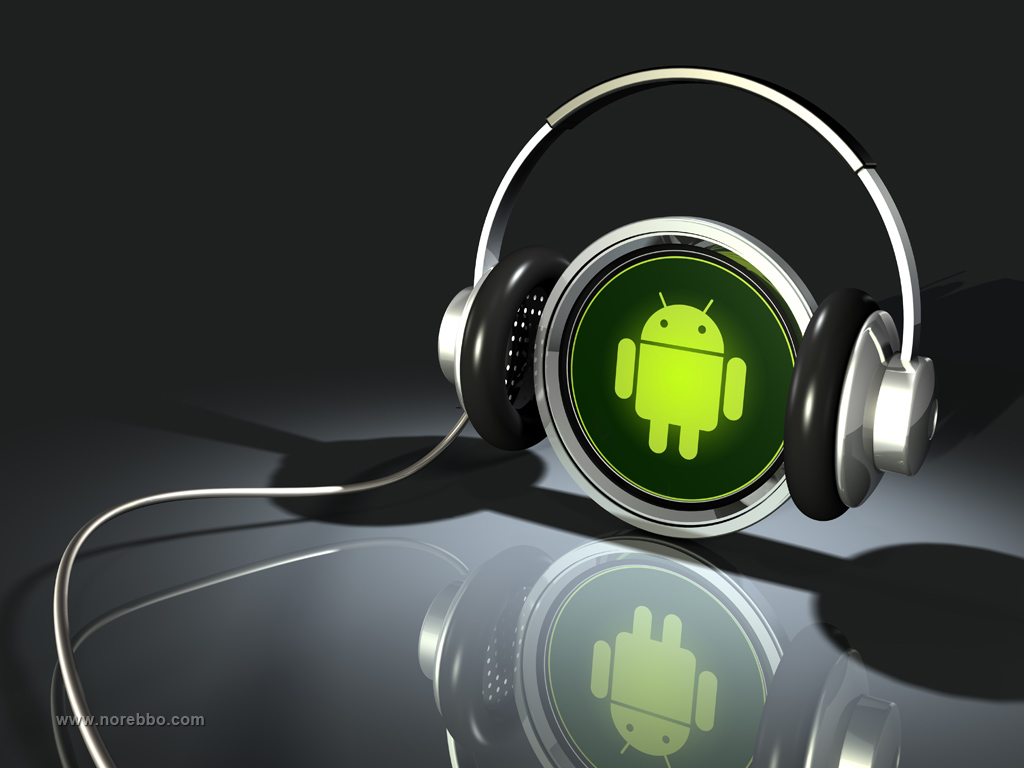 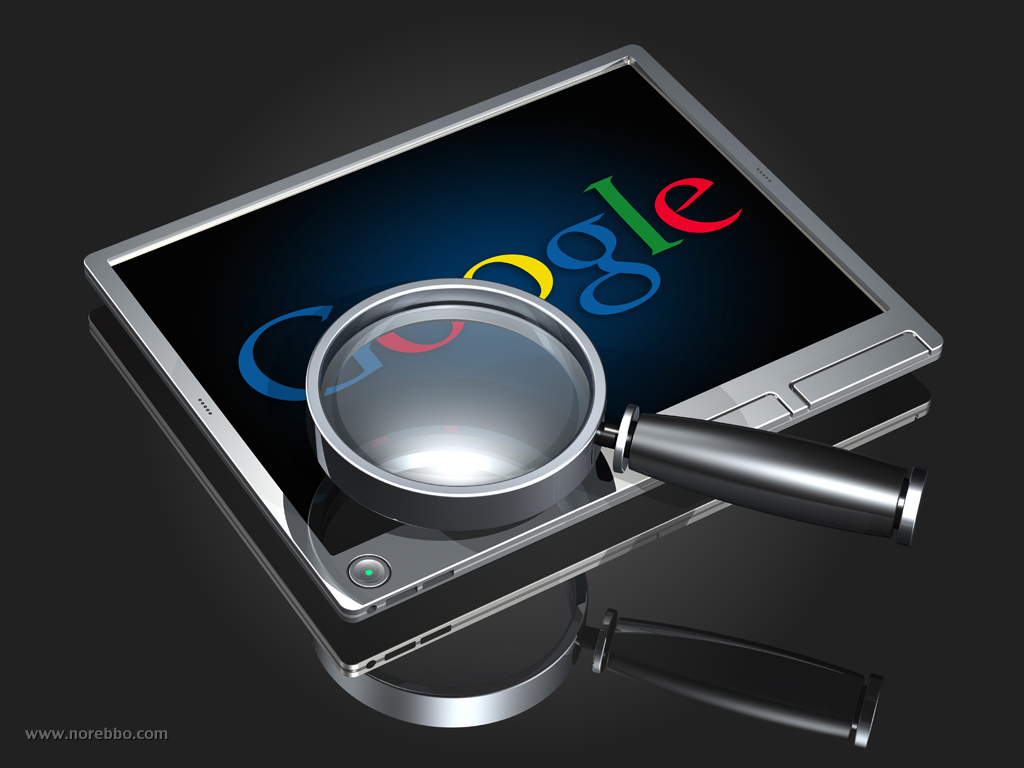