OK, first of all, I just want to apologize in a very big way for the lack of regular uploads lately. I’ve been receiving bunches of emails from concerned readers who are worried that I had given up airliner template creation for good, but I’m here to tell you that I’m still committed to this project and I’m not giving up anytime soon. As sick as it sounds, I actually love digging through the Internet looking for information which helps me create these very detailed aircraft illustrations. It’s sick and twisted I know, but I’m a very technical kind of guy and this is my kind of work.

Now that I’ve got that out of the way, I’d like to present to you the templates I promised in my last post way back in November. I should point out that I’ve actually been working on these illustrations for the entire two months that I’ve been absent from this blog, so it’s not like I’ve been sitting on the beach drinking margaritas and wasting my days away.

The problem was that I didn’t have the luxury to dedicate a large chunk of time to getting them done, so I had to work on them 10 minutes at a time, here and there, whenever I could find a spare moment in my day to tinker. But now they’re done and ready for you to download and do whatever it is that you usually do to my templates. 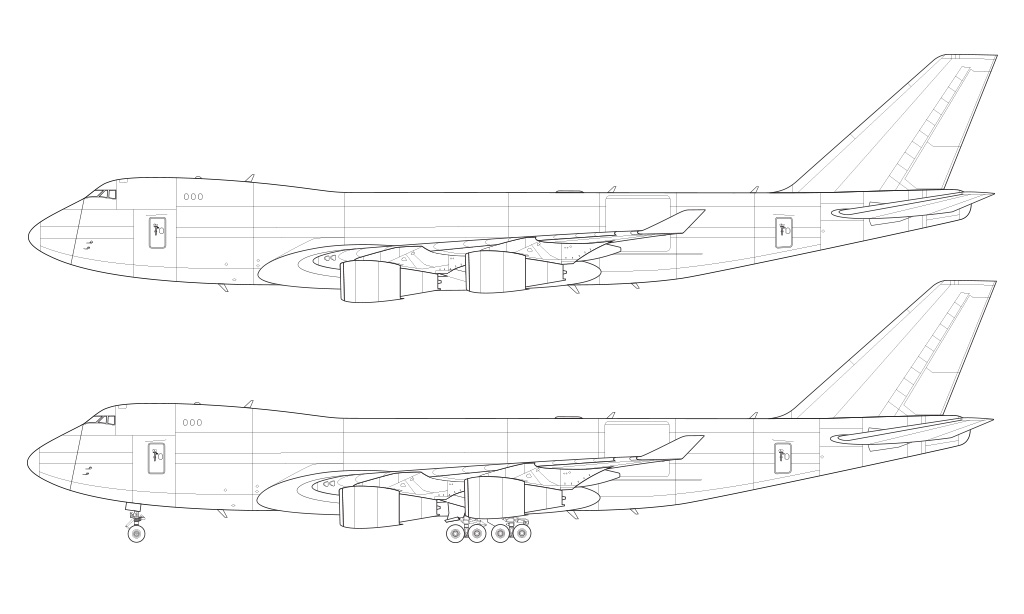 The Boeing 747-400F is pretty much the aircraft I think of whenever I hear the term “cargo plane”, and I’m not sure that is ever going to change. It was the dominant freighter during the time that I started getting into commercial aviation back in the 90’s so it’s pretty much burned into my brain at this point.

Not only that, my very first trip to Anchorage Alaska way back in 2000 helped quite a bit to solidify the 747-400F as the king (I mean queen) of cargo, as it was amazing to see all of them flying in and out of ANC on their journeys between North America and Asia. And if you were wondering, yes, I couldn’t help but wonder if each and every one of them were carrying pallets of rubber dog shit out of Hong Kong.

For those of you who aren’t aware, there are actually two main versions of the 747-400F: those that came from the factory, and those that were converted by Boeing (Boeing Converted Freighters, or BCF for short). The standard 747-400F Versions were designed from the start to be freighters, featuring a large nose door and a shorter upper deck to save weight.

The BCF version is an aircraft which started life hauling passengers, and was then converted by Boeing into a cargo hauler after being retired by the airlines. In this case, the interiors were stripped out, the windows filled with plugs, and a small cargo door was installed in the left rear of the fuselage. Note that the side cargo door was optional on the 747-400F, but the nose door was not on the 747-400BCF. 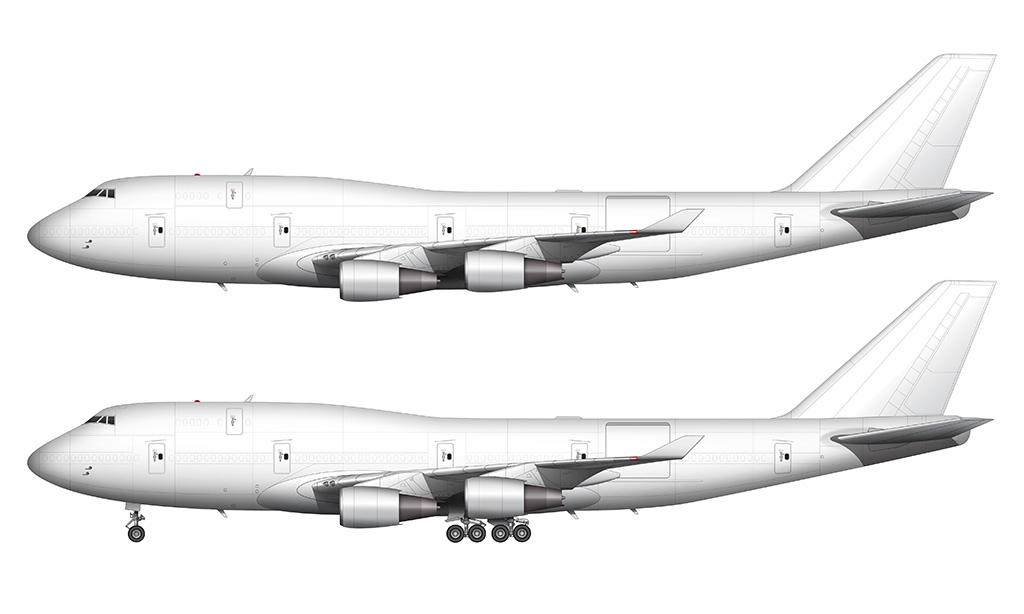 Side profile illustration of a white Boeing 747-400BCF 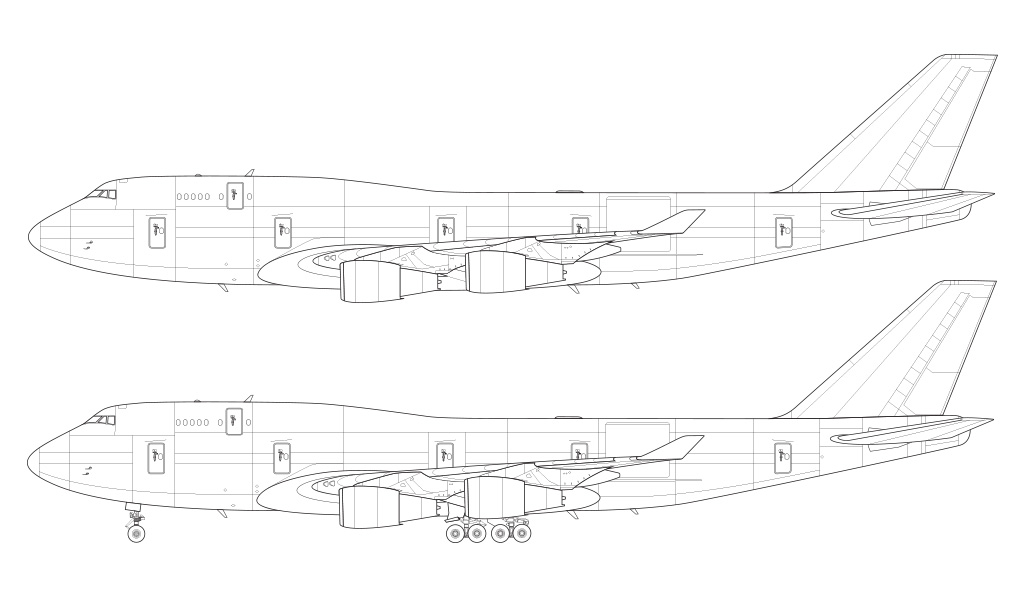 Technical side profile line drawing of a Boeing 747-400BCF

So there you have it. I hope these Boeing 747-400F templates are useful to you, and as always, please feel free to reach out to me and let me know how you are using these illustrations. Not only is it very interesting for me to see what you all are doing with them, but it also helps me to refine my technique and create better templates which suits the needs of the majority of users.

Next up: maybe the Boeing 727! Not necessarily because I want to do it, but mainly because I started one a year ago and it’s been sitting half finished in my archives begging to be finished. No promises though, as I have received a few specific requests as of late that I may tackle first…