Would it be impolite for me to say that I don’t think at the ATR 42 is a good looking airplane? There’s just something about it’s stubby little nose and low hanging belly that I don’t like, especially since I’ve just spent the past few weeks illustrating comparably sleek A330NEO’s. I’ve been so used to looking at large and beautifully designed aircraft lately that it was a bit of a shock to switch gears and crank out this chunky little ATR 42.

If you’re a huge fan of this aircraft and have been completely offended by what I just said, you might appreciate knowing that no, I do not think that this is the worst aircraft design ever. As a matter fact, it’s not even the worst looking aircraft in the ATR series. The king (queen?) of ugliness just so happens to be the ATR 72 in my opinion, and I’m not afraid to say it out loud. I just don’t like it.

I don’t even like flying on them, and my last flight on an ATR 72 had me reaching for the barf bag – even though it was a short 40 minute flight from Kona to Honolulu. And don’t even get me started on the fact that the interior layout is very awkward with a solid bulkhead wall separating the main cabin from the cockpit (due to the cargo space occupying that area). It’s just weird. 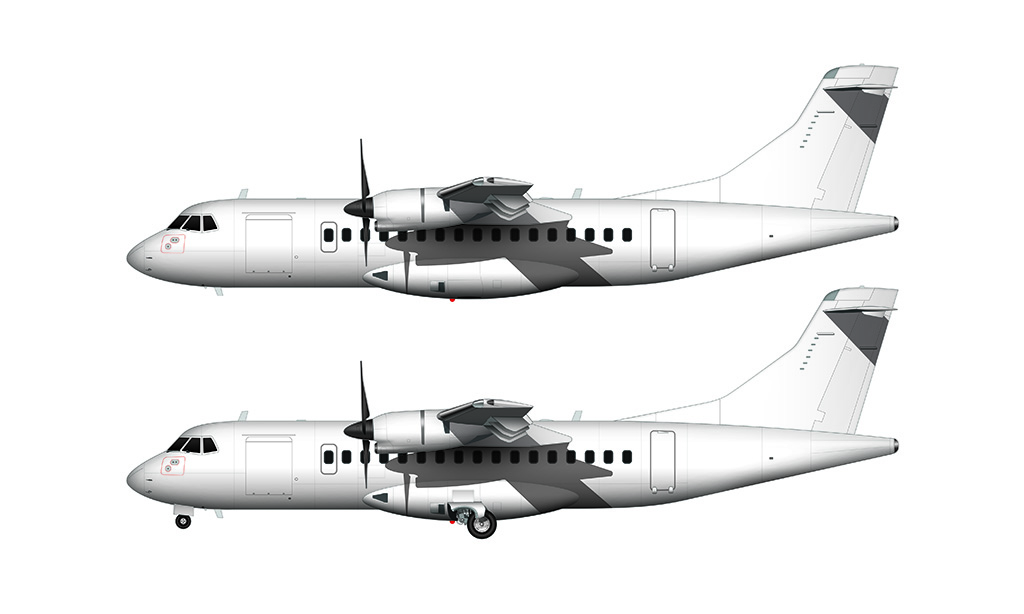 As you can see, the ATR 42 that I chose to illustrate is the -600 variant. Launched in 2007, it’s the largest and most technically advanced of the entire ATR 42 lineup. And while I don’t necessarily like the styling of this aircraft, I can certainly appreciate its heritage – which goes all the way back to the early 80s (just like me). This is an aircraft which is been around for a very long time, and it has served many airlines well and has proven to be a dependable workhorse in many areas around the world. See? Even though I’m not a fan it’s not hard to point out it’s good points.

Launched into service in 1985 with Air Littoral, this is a significant aircraft in the history of commercial aviation and it totally deserves to be part of the Norebbo aircraft template collection. Even though it’s ugly as hell. 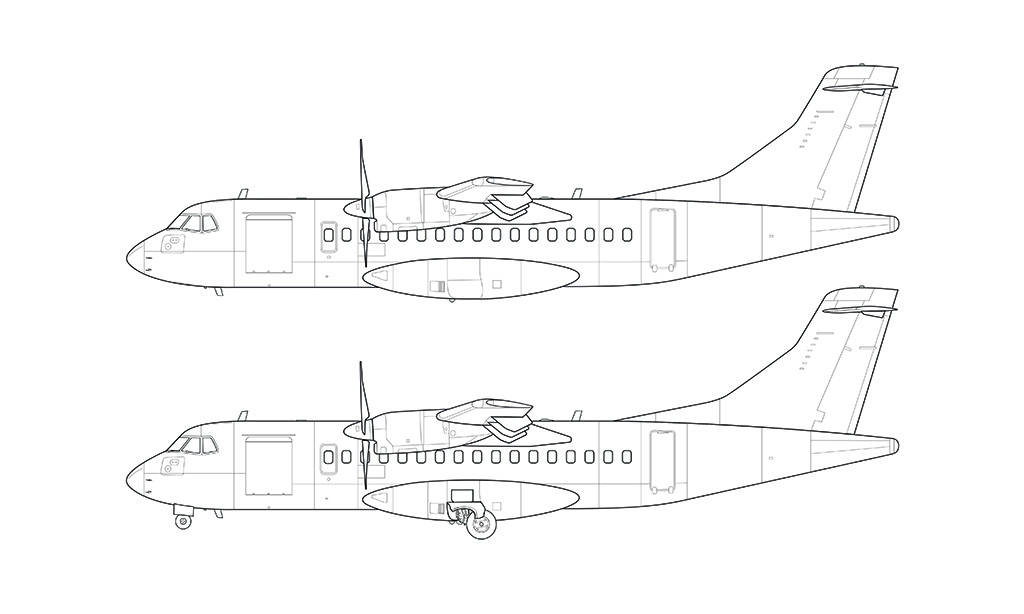 Technical side profile line drawing of an ATR 42-600

To be honest, I feel like part of the reason for my lack of fondness for this aircraft may be due to the fact that it was never very popular here in the United States. American Airlines had a significant fleet of them for a long time, but they were the only major operator here in the US with only a handful of other airlines dipping your toes into the ATR 42 waters.

As a matter fact, I tried doing a little bit of research to see if I could find an accurate list of both current and past operators of this type but didn’t have much luck. The best source I could find was Wikipedia, but it conflicts with some of the other data that I found elsewhere so I’m not really sure what to believe. Wikipedia says that there were about 230 still in commercial operation in 2017, which is a respectable number for an aircraft at this type. If you’re curious, the only current US operator is FedEx.

At the moment, I’m not planning on creating any other variants of the ATR 42. And no, it isn’t because I can’t stand looking at it – I’m just not sure how much demand there would be for templates of all of the others, so please do reach out to me if you need some of the other variants templated. I’ll see what I can do about fitting it into my schedule.

I mentioned in my last post, the next template on my list is the Fokker 100. As a matter of fact, I’ve already started and I’m making pretty good progress on it! Oh – and if it makes you feel any better, I’m starting to think that it may actually be even uglier than the ATR 42. I bet you can’t wait for that post, can you? 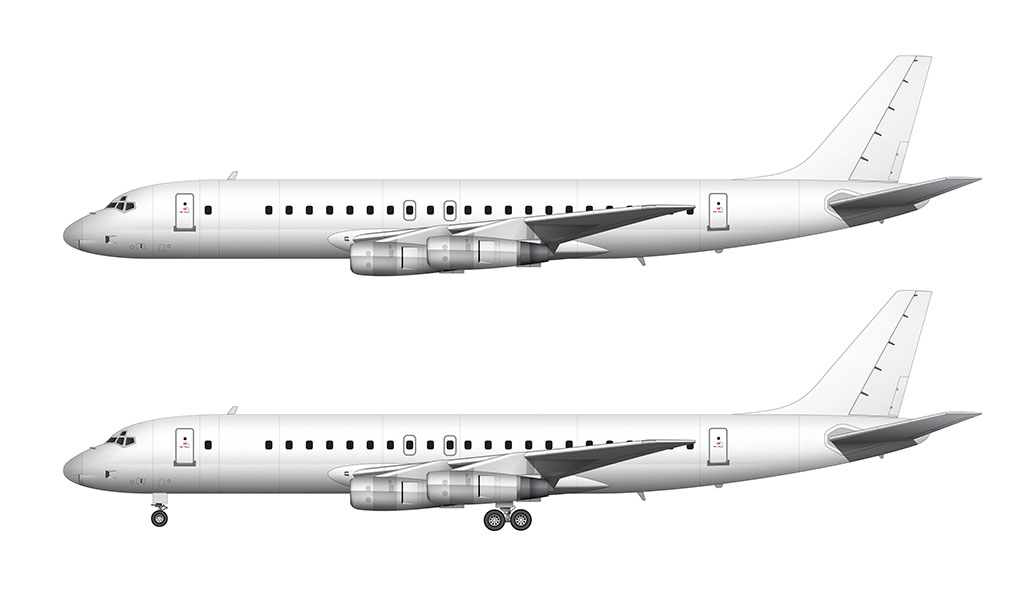 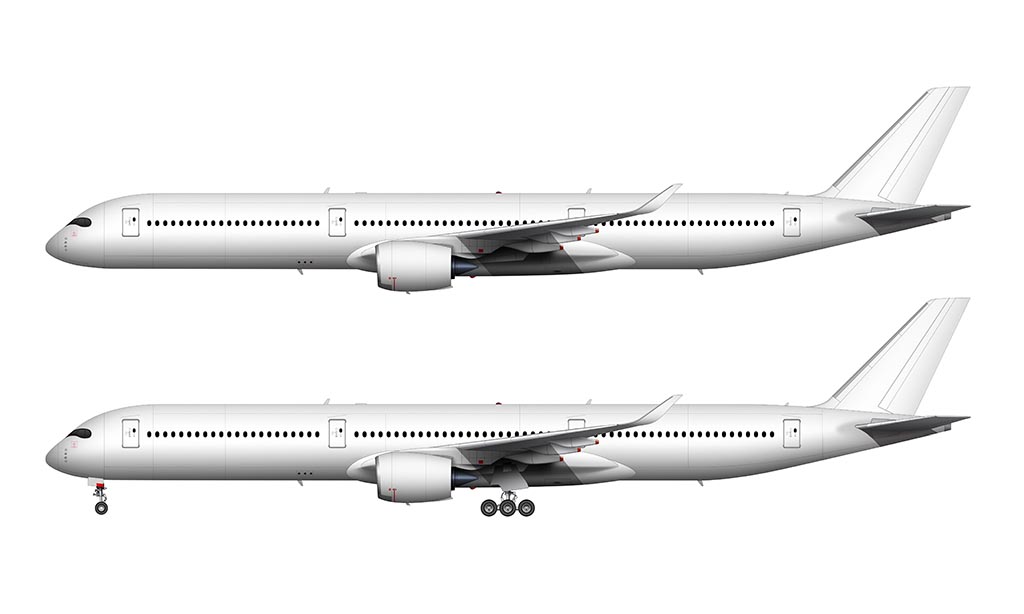 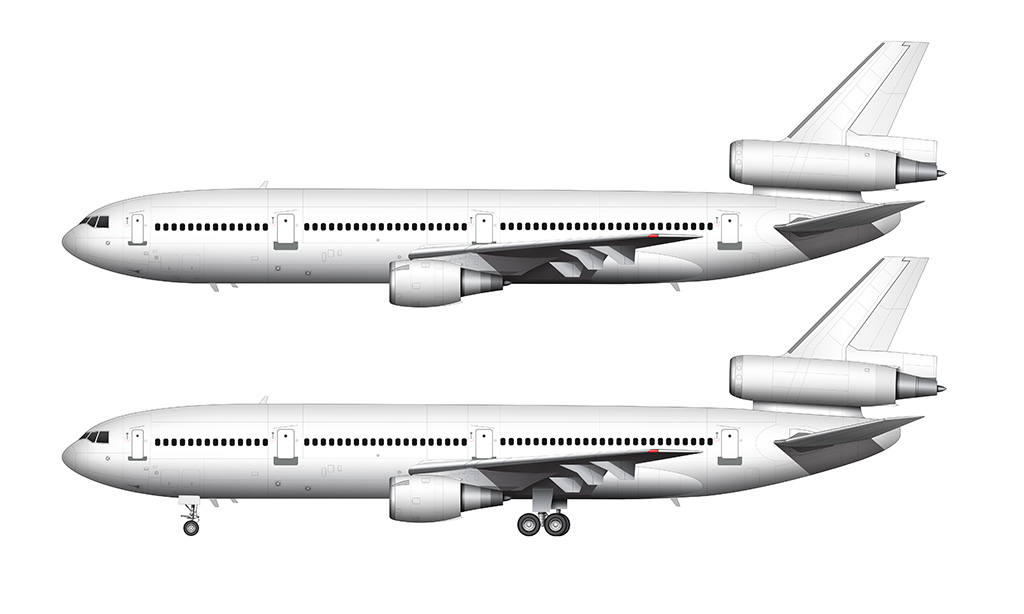