Don’t worry. You didn’t miss a major piece of news or anything. Despite what the title of this article might imply, Boeing did not announce and all new variant of the legendary 707. It was simply I (being the silly guy that I am), who decided to come up with the Boeing 707 “MAX”. I take full responsibility for this ridiculousness.

In other words, this is purely a concept that would never see the light of day. For those of you who follow my SANspotter YouTube channel, you’ll know that I’ve been struggling to come up with content ideas lately since I am still unable to fly due to COVID-19. One of my most recent ideas was to make a video explaining what a Boeing 707 MAX would look like if Boeing was still producing those aircraft today. If you’re curious, this is the video:

I should also note that I wasn’t really sure what to call this next-generation 707. “MAX” seems to be the popular tag right now (although the 737 MAX debacle may have killed it). I guess I also could’ve called it the Boeing 707 “Plus” as well. Maybe even the 707-8? However, no matter what it’s called, it’s still a stupid idea. I know that.

Blank side view templates of the Boeing 707 MAX

I’ll go deeper into explaining all the differences and changes that I made to my original Boeing 707 template to this next-generation model in a moment. But first, here are the templates: 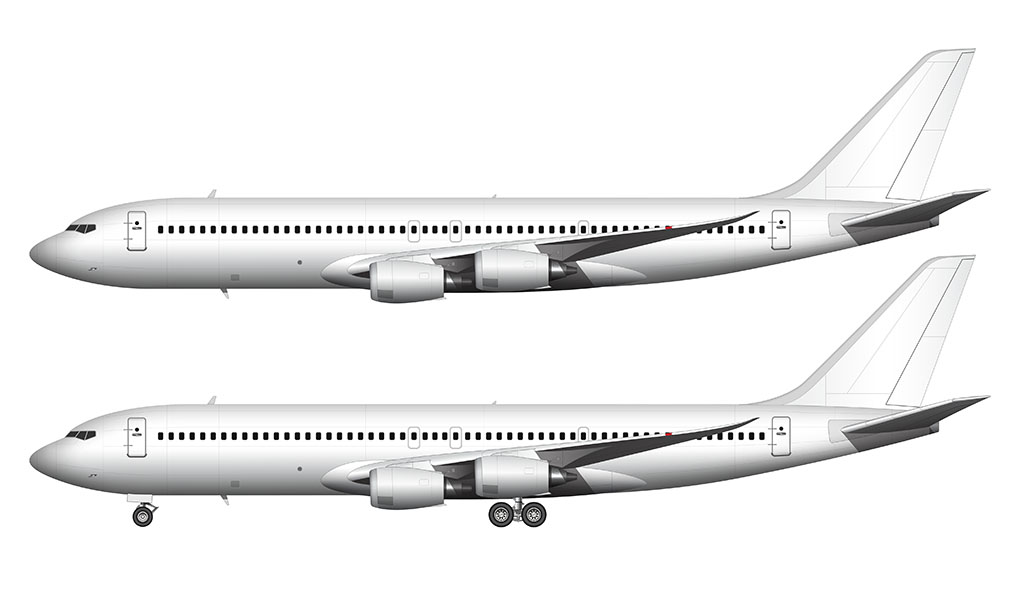 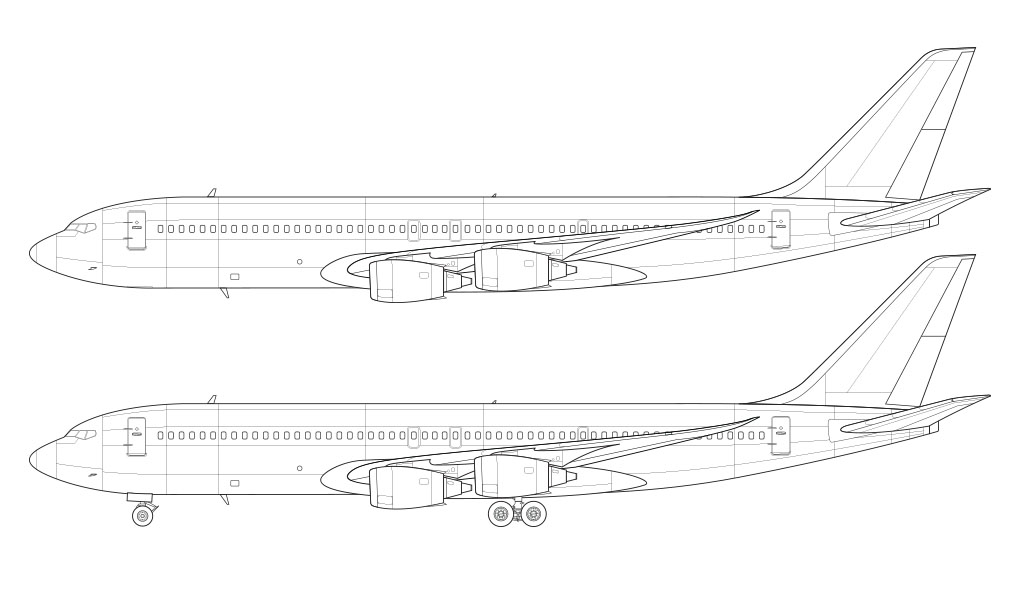 It should be noted that I debated whether or not to make a bare aluminum version as well. After giving it a bit of thought, I decided that it probably wouldn’t be realistic anyway since this aircraft would likely be built with composite materials.

Wait a sec. Let me clarify: I don’t think there’s any chance that this aircraft will be built. Remember – it’s just a concept! Arguably a very stupid one at that… 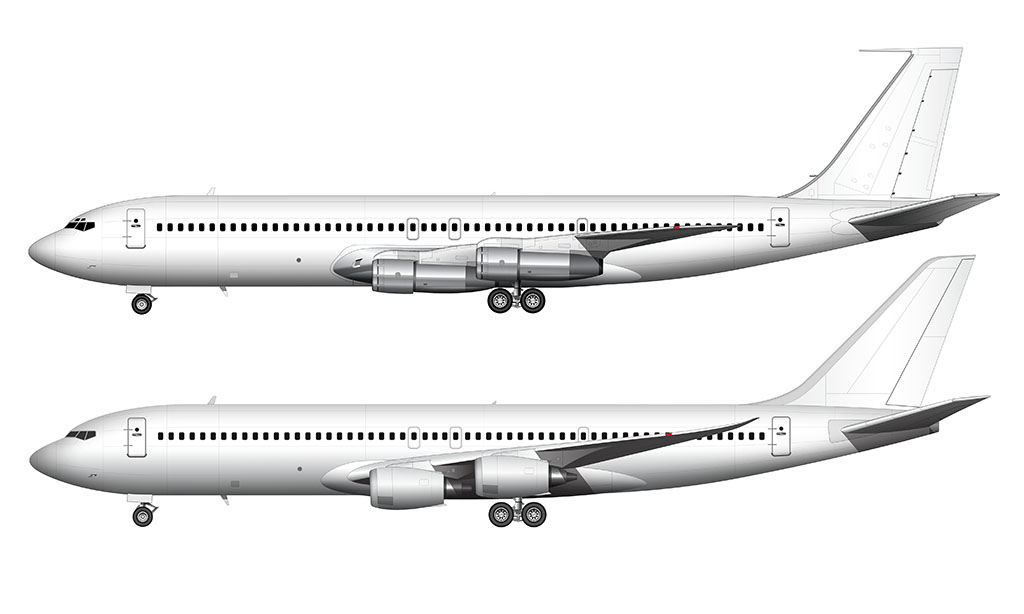 How is the Boeing 707 MAX different from the original 707?

Good question! Because I’m just a lowly illustrator and designer, I don’t have the intelligence to tell you about all of the highly-technical mechanical differences. Especially all the ones that you engineers out there are just dying to know. However, I’m really good at making things look better, so that’s all I’m going to focus on in this article.

Here is the detailed list of all of modifications that I made to my original 707 template to create the 707 MAX:

What exactly is a Boeing 707 MAX? And what are its competitors?

Besides the 707 MAX being a stupid idea, I figured that it would be a very close competitor to the Airbus A321LR. After all, this is a medium to long range narrow body aircraft which should be more than capable of competing with the Airbus.

I’m half tempted to say that it could even compete with the Airbus a 330-200 (and even the A330-800) as well, but those aircraft offer more seating capacity with fewer engines. Even though this whole new 707 concept might look like a large and long range aircraft, I’m not foolish enough to think that it would be competitive with modern widebody aircraft.

In order to make the 707 competitive in today’s market, it would need to be a twin-engine design. But then, would it even be considered a 707 anymore? I don’t think it would, and that’s why I stuck with the 4-engine layout. It’s extremely uneconomical and costly, but… It sure looks good, doesn’t it?

If you’ve reached this far in the article without falling off your chair laughing at my stupid ideas, you’re in luck. Why? Well, because it’s time to tell you what I’m currently working on:

Long story short, all of you who have been pleading with me to create a Beechcraft King Air will be happy to know that I have one in progress. More specifically, it’s the B200 model.

I am more of a “large aircraft” kind of guy, and a little stuff isn’t so exciting to me. However, I know that a lot of you have a legitimate need for some of the smaller prop-driven aircraft, and I’m here to serve.

You can expect to see those templates here on the blog sometime within the next few weeks.