Why do I feel like it’s been so dang long since I’ve last created a side view aircraft template? It feels like eons ago since my last post, but…that was at the end of March. Just 7 short weeks ago! Of course, based on some messages I’ve received from a few of you during that time, it was 6 weeks too long. Sorry about that! I’ve been busy with other projects (mostly my YouTube channel), but I’m always anxious to get back to these illustrations whenever I have the time.

Anyway, I’m coming back with a bang today. These highly-detailed drawings of the mighty Tupolev Tu-154 were incredibly fun to create, and I learned a ton of really interesting things about this aircraft over the past weeks. For example, I had no idea that the Tu-154 was such a tough airplane. It was so tough that much of it’s success was attributed to the fact that it was one of only a few airliners capable of operating in brutal arctic conditions. I didn’t know that.

Other interesting facts about the Tupolev Tu-154 I didn’t know:

The Tu-154 Wikipedia page is stuffed with loads of other really interesting bits of information. Much of it far too detailed for me to include in this post, so do check that out if you’re having an irresistible craving to pour over the history of this bird.

Why did I choose to illustrate the “M” variant and not others?

As best I can tell, there are (were) 14 variants of the Tupolev Tu-154 (including some that were never built). Most were slight upgrades from one model to the next, and the neat thing is that there weren’t any major design changes in it’s 50-year history:

Anyway, the M model was the obvious choice for my template, simply because it was the most popular (best selling) Tu-154 of them all. I haven’t been able to find a reliable source for the number of aircraft that were built and/or converted to this designation, so if anyone knows, I’d highly appreciate a link to some data. 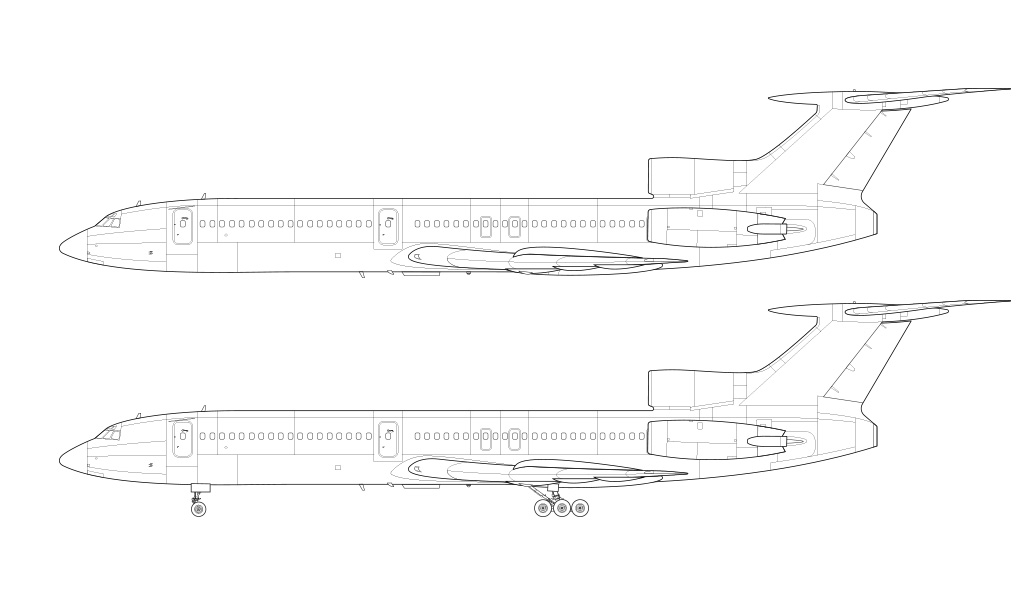 It’s also important to mention that I don’t have any plans at the moment for creating templates of any other Tu-154 variant. I can certainly create others if you have a legitimate business need though, so please let me know.

Being that this is my first ever “classic“ Russian aircraft template (the SSJ-100 doesn’t count), I thought it would be fun to list out a few things I like (and don’t like) about it.

Blah blah blah. So what’s the next Norebbo template gonna be?

Considering that I haven’t been posting many aircraft templates lately, I feel like I need to make up for it somehow. One of the ways I can do that quickly is to bang out some variants of existing templates that I never got around to in the past.

For example, my MD-80 series is still missing the -81, and –87. And I still need to do an E195 (the E1 version). Maybe I’ll tackle some of those quickly(ish) so it looks like I’m actually doing something. lol

After that, who knows? The 777X is high on my hit list, as is some more Russian aircraft. And what about some corporate jets? There’s just so much to do! 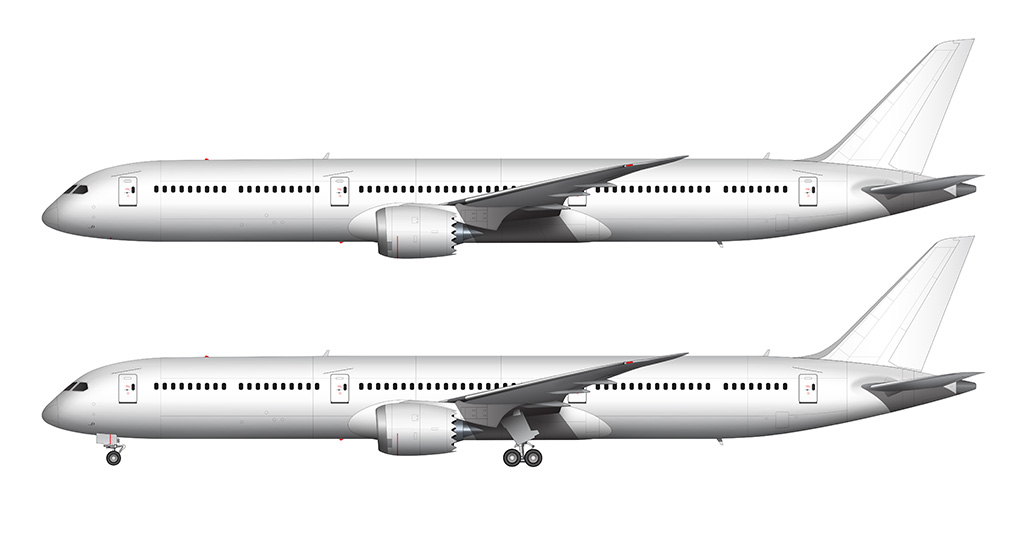