One of the problems with taking a long time to do a single airliner template is that more often than not (especially if it takes long enough), the aircraft in question is no longer popular and highly sought-after by the time the illustrations are complete. Of course I knew that the Airbus A340 was a dying breed when I first thought to make side view templates of it way back in 2012, but here in 2016, the airlines can’t seem to retire these things fast enough. Sure they were a perfectly fine aircraft for their day (ok, perhaps a bit underpowered), but there are now far better performing and more fuel-efficient options available from both Airbus and Boeing which makes this bird an economically poor performer in comparison. 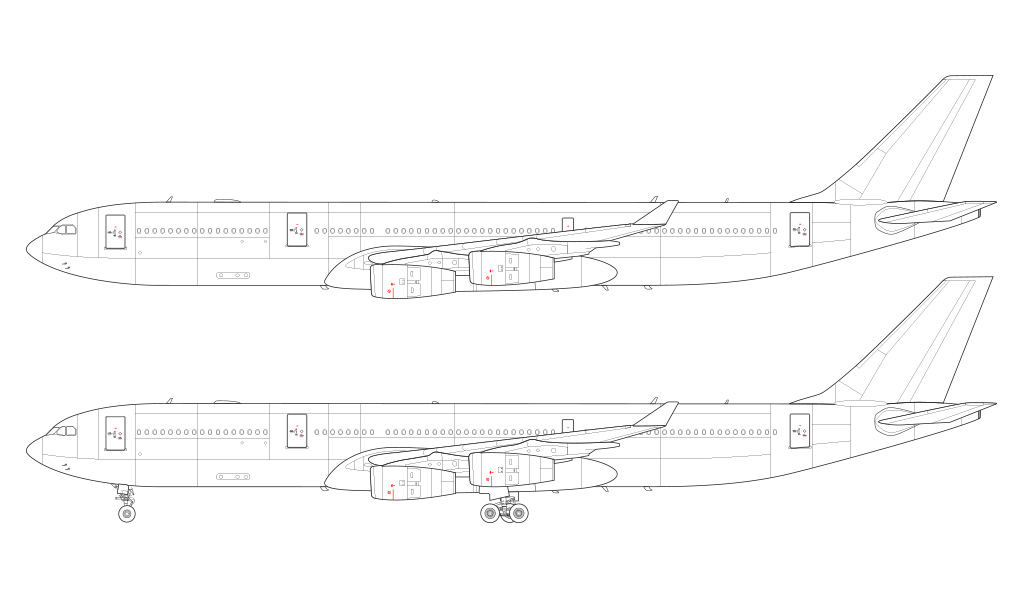 The featured image for this post is the A340-300 (non X). Here is the line drawing of that version over a blank background with and without the landing gear deployed

Luckily for me, this was a relatively easy set of drawings to make. Since the A340 is basically an A330 with four engines (and a few other really minor changes), I was able to leverage my existing A330 templates quite nicely. Essentially all I had to do was to create a new wing and engines, make a few minor adjustments, and I then I was good to go. It wasn’t easy by any means, but it was much better than having to create a complete aircraft from scratch! The landing gear is always the most time-consuming part of creating these illustrations, with the wing and engines being the second biggest time-suck. Having half of the work done already was a huge time saver. 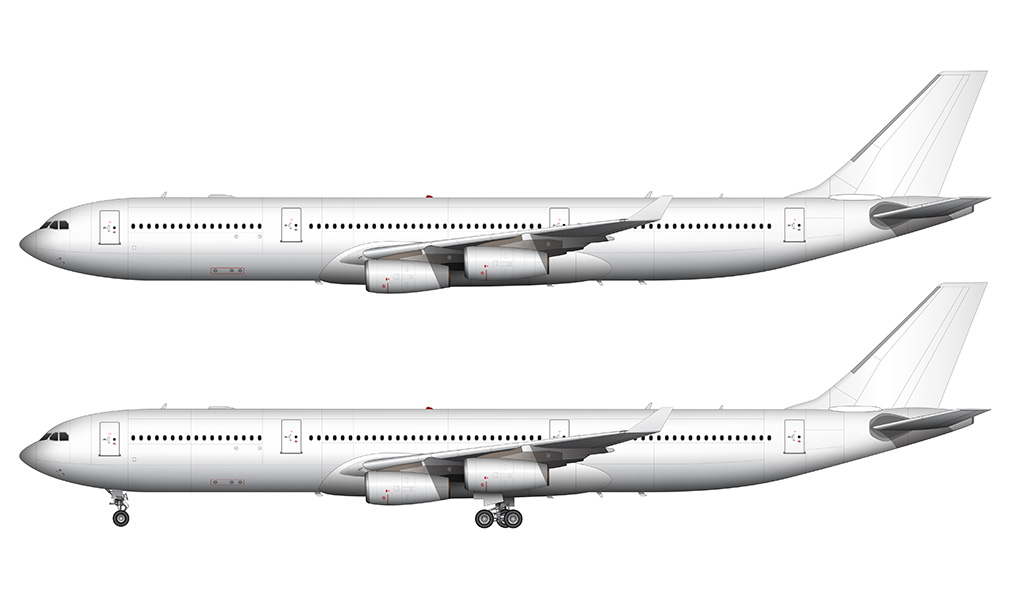 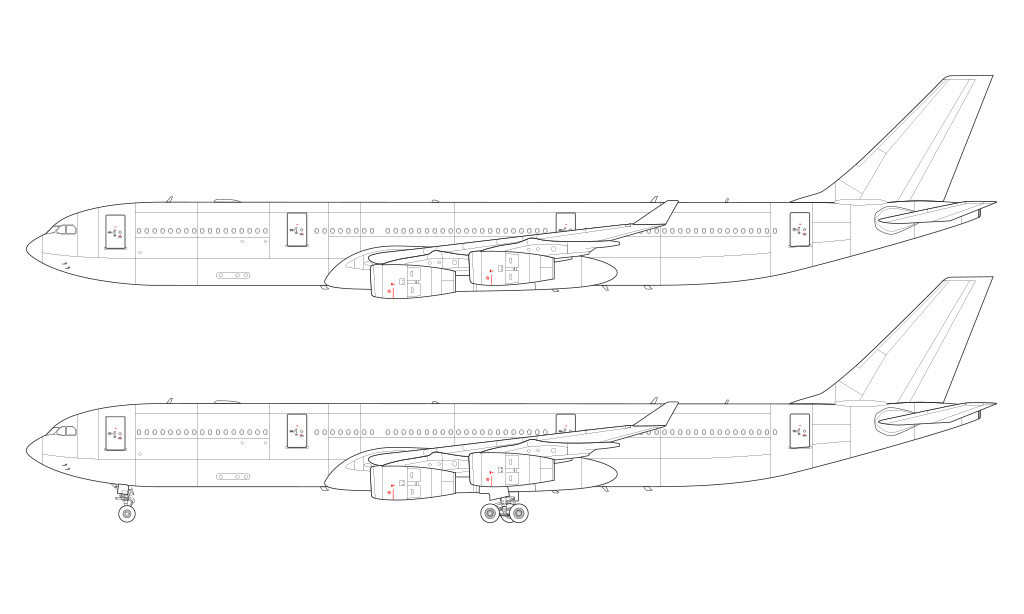 Speaking of wings and engines, I guess I never realized how small the A340-300’s engines really are. Sure there are four of them, but still…they are relatively tiny when compared to the fuselage of this airplane. I noticed the same thing with my Embraer 175 templates – that airplane has the tiniest engines of all!

My apologies once again for taking so long to create blank illustration templates for the A340. I know many of you have been asking for these over the past few years so hopefully you will find them useful for your projects. Note that I am also going to be doing all of the other variants of the A340 over the coming weeks. I’m going to start with the -500 and -600, and will then wrap this set up with the least-popular -200. I know this series has been a long time coming so I thank you all for your patience!