What are the best laptops for 3d modeling and rendering?

As a 25 year veteran of 3d modeling, I’ve learned a thing or two about what kind of hardware is necessary for this kind of work. Laptops weren’t always good for running the latest 3d software, but things have changed. What are the best laptops for 3-D modeling these days?

Using Maya and 3DS max as a benchmark, my choices for best laptops for 3d modeling are:

All of these laptops are more than capable of being your primary device when it comes to 3d modeling and rendering in a variety of software packages. Whether it be Maya, Blender, 3D Studio Max, or whatever – any of these could easily handle the job.

As a matter fact, I bought one of them. Not only that, I depend on it daily (together with Maya and Form Z) to create my 3d renderings. I have no regrets. Keep reading to find out which one that is…

The best laptop for 3d modeling and 3d rending is: the Dell XPS 15

Oddly enough, my number 1 choice isn’t even the laptop I chose for my own 3d modeling and rendering work. The reason will be very obvious in a moment, but let me just say this: the Dell XPS 15 offers the best bang for the buck in terms of price vs performance. 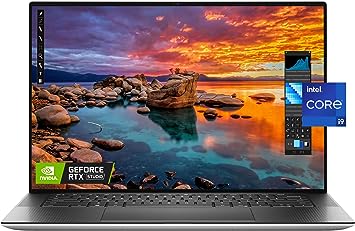 Dell XPS 15 9500 15.6 inch Laptop Check Price on Amazon
I earn a commission if you make a purchase, at no additional cost to you.

This is the laptop that I was seriously considering when I was in the market for a new computer, and I still have thoughts about it every now and then. You know how hard it is to resist checking out the Facebook profile of your ex? It’s kind a like that.

The Dell XPS 15 had (and still has) my attention for being a spec-rich device which would be perfect for 3d modeling and rendering.

Important things you need to know about the Dell XPS 15

The only major caveat to the Dell XPS 15 (for me anyway) is that it runs on Windows. That’s fine if you like Windows and are perfectly comfortable using it. But for someone like me (who is totally entrenched into the Apple ecosystem), it was a dealbreaker.

I’m of the opinion that the best laptop for 3d modeling could very well be a gaming laptop. I mean, why not? Gaming laptops are extremely powerful devices built for long hours of use under very high loads. 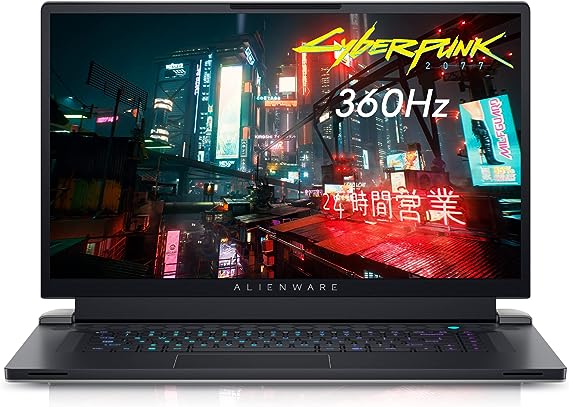 Alienware m17 R3 17.3 inch FHD Gaming Laptop Check Price on Amazon
I earn a commission if you make a purchase, at no additional cost to you.

As a long time 3d modeler myself, I can tell you that spending all day in front of my computer trying to figure out a complex mesh is more common than I’d like to admit. As a matter fact, I’d be embarrassed to tell you how long I spent building my Lamborghini Huracan 3d model.

Anyway, I seriously considered a gaming laptop such as the Alienware when I was in the market for a new rig. The specs are simply too hard to resist.

As I already mentioned, a gaming machine built to handle complex graphics is the way to go when it comes to working in 3d. Especially if you’re doing animation! In terms of this specific Alienware laptop:

Important things you need to know about the Alienware M17

This is it. This is the laptop that I chose to be my primary device for 3d modeling and rendering in Maya. So far, I couldn’t be happier with my choice – even though my particular machine is several years old now and somewhat out of date (it’s a late 2019 Intel model).

The latest 16″ MacBook Pro is even more amazing. Not only is it a beautifully-designed laptop, it’s also extremely well-built and powerful enough to throw nearly anything you can throw at it (figuratively – not literally of course). 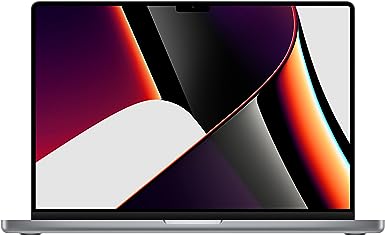 Although I don’t think that the 16″ MacBook Pro one of the best laptops for artists (it’s a bit overkill for that IMHO), it should absolutely not be overlooked for 3d illustrators and designers as well. Here’s why: 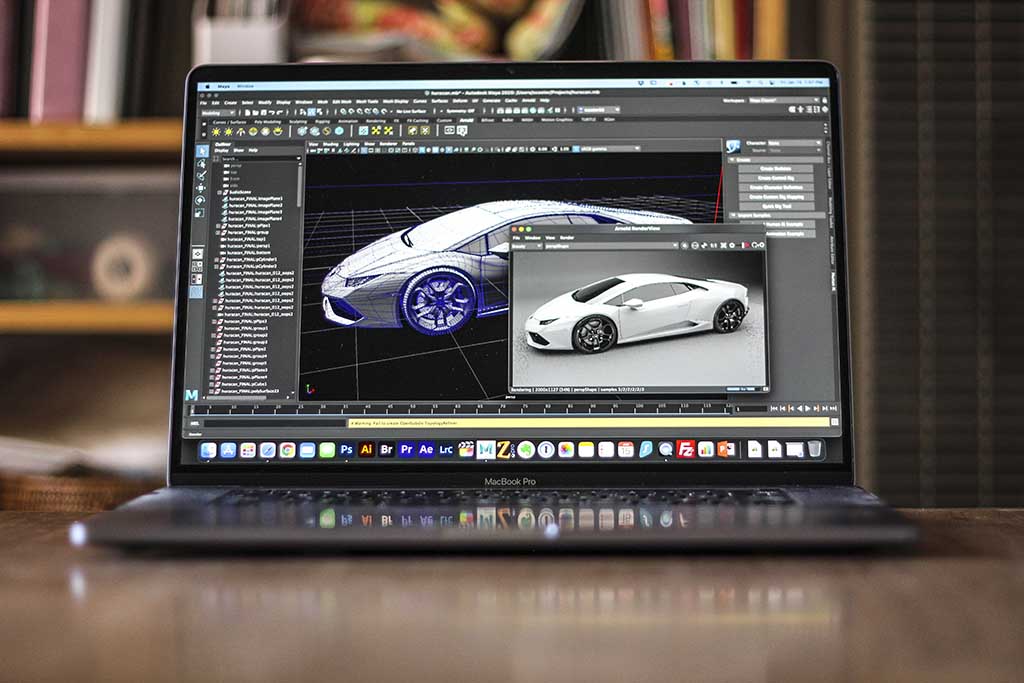 This is my old and outdated 2019 16″ MacBook Pro spitting out high-resolution renderings in Maya. A sexy beast it is – even compared to the newest models!

Important things you need to know about the MacBook Pro 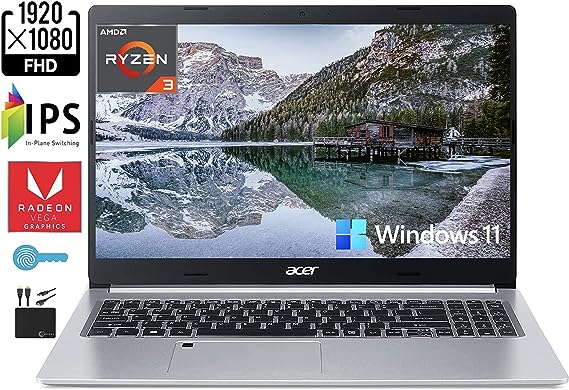 Acer Aspire 5 Slim 15.6" FHD IPS Laptop Check Price on Amazon
I earn a commission if you make a purchase, at no additional cost to you.

No, it’s not as powerful (or good looking – or well-built) as some of the other laptops in this list, but it’ll get you started in the world of 3d if you’re on a tight budget.

To be honest, I wouldn’t recommend the Aspire 5 as a really good laptop for doing 3d modeling and rendering. However, I’ve included it in this list because:

Important things you need to know about the Aspire 5

Although I don’t see any issues with the Aspire 5 being able to handle basic 3d wireframe and polygon mesh creation, it may struggle a bit when it comes to real-time rendering and animation.

If those kind of things are important to you, it behooves you to spend a bit more on a device with better components. More specifically: you’ll want more video memory for real-time rendering without any hiccups.

There have been a lot of interesting developments in the world of laptop computing recently, and the Microsoft Surface is leading the charge. Although this isn’t typically a laptop that most people consider when doing 3d work, I could see myself being very happy with one of these devices if being mobile (working from anywhere) was important to me. 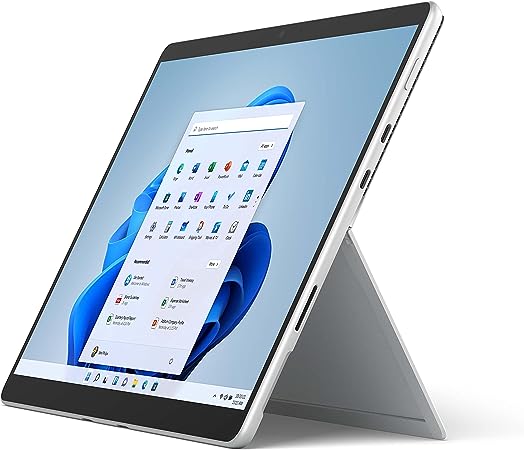 Microsoft Surface Pro 8 (13" Touchscreen) Check Price on Amazon
I earn a commission if you make a purchase, at no additional cost to you.

These are extremely attractive devices, in the sense that they offer some really great specs very small form factor. Not only that, these are touch-enabled devices, meaning that you can interact with the screen directly by touching it – just as you would a tablet.

I’m not sure about you, but the thought of being able to manipulate and interact with my 3d models via touch is extremely intriguing.

There’s a lot to like about the Microsoft Surface 8. They look great. They perform great. Not only that, they’re extremely lightweight and highly portable. In terms of what makes  them good laptops for 3d modeling and rendering:

Important things you need to know about the Surface 8

The majority of the price you pay for the Surface 8 will be because of how lightweight and stylish it is. When you buy a Surface laptop, you’re paying just as much for good design as you are for the specs.

FAQ’s about laptops for 3d modeling

I remember 20 years ago feeling incredibly frustrated that it was basically impossible to do any serious 3d modeling and rendering on a laptop.

I’ve always craved a certain amount of portability in my life, and having to tie myself down with a big desktop computer to do 3d modeling was incredibly frustrating. Thank goodness that things have gotten better as I’ve grown older. Here are some frequently asked questions about choosing the best laptop for 3d modeling:

Is a laptop a good choice for 3d modeling?

These days, yes. It is! All the laptops in this list are more than capable of running the latest 3d modeling software. I use my 16″ MacBook Pro very hard, and it doesn’t skip a beat in either Maya, Blender, or Form Z.

Rendering and animation is another story, but spending a bit more money on a device with more video and processing power will solve that problem.

What features are most important for a laptop used for 3d modeling?

I’m a really big fan of real-time rendering in Maya. However, it requires a lot of video memory and I’m always feeling like I need more to keep up with how fast I like to work. Surprisingly enough, processing power doesn’t play as much of a role in 3d modeling as you might expect.

When buying a laptop for 3d work, I will always sacrifice processing power in favor of getting a better graphics card.

RAM, as you might expect, doesn’t matter all that much when it comes to 3d modeling.

What brands of laptops are the best for 3d modeling and rendering?

You can’t go wrong staying with the better-known brands such as Dell and Apple. Personally, I’d stay away from consumer-grade brands (such as HP) as much as possible since 3d work can be really hard on a laptop. You are likely going to be pushing it to it’s limits, and it needs to be durable enough to last you more than a couple years.

This is why I recommended a gaming laptop for 3d modeling. The only kinds of users who are more hard on their devices than 3d modelers are gamers. Gaming laptops are built to be abused for hours on end, and it might be the smart way to go depending how serious you are about 3d work.

How important is screen resolution?

Very important – especially as you start working with very complex models. Trying to grab individual vertices in a sea of others within a complex 3d model can be madding on a low-resolution (or dull) screen. I’ve had to do it enough times over the past 20 years or so that screen quality is now my #2 feature in a laptop (behind video memory) if I know that I’m going to be using it for 3d modeling and rendering.