Here in the US, there aren’t many airlines that have as much history as TWA (Trans World Airlines). They started flying way back in 1925, and lasted all the way until 2001 when they merged with American Airlines. That’s a long time – certainly longer than most of the other airlines flying around in the US today. That said, I’ve only flown with them 5 times – all of that in their last months of 2001 before disappearing from the skies for good.

I wish that I could have experienced them in the late 70’s to early 80’s (arguably their “prime” years) just to see what they were really like. There’s just something about the thought of being served freshly-carved roast from a tray while sitting in a paisley first class seat from STL to LAX (or LHR, or FRA, or….wherever) that gets this aviation geek excited. Hey – I love this kind of stuff! 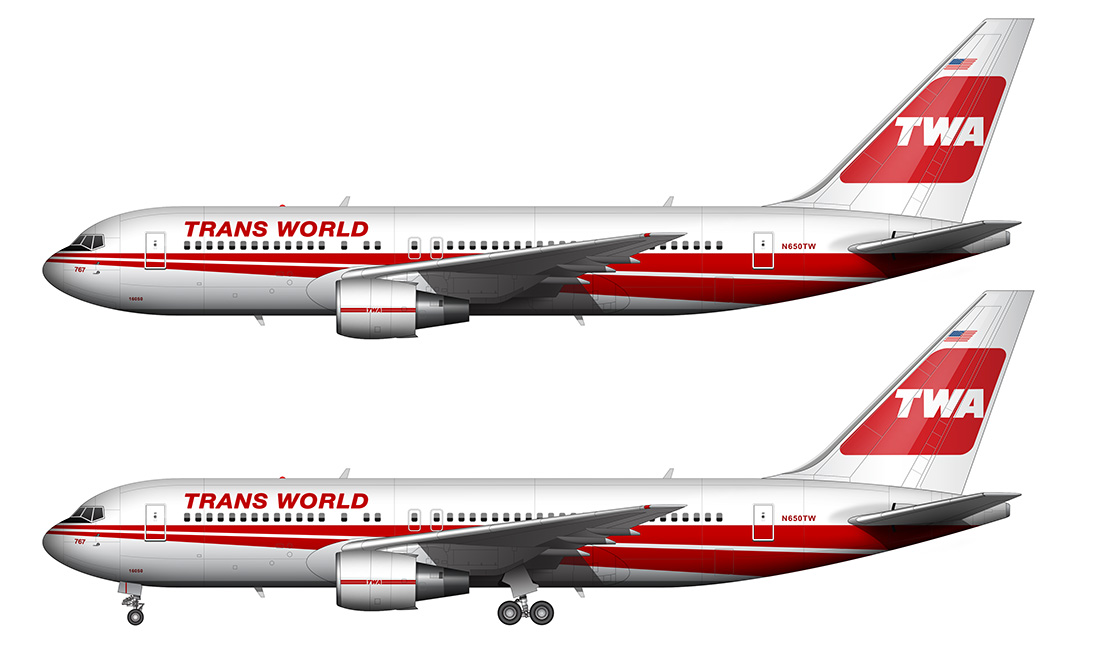 As far as an airline goes, I remember them as being an old (crusty?) established brand. They certainly weren’t known for being a flashy airline and their corporate branding was quite stiff if you ask me. No flashy colors, supermodel stewardesses, or gimmicky products – just a solid, world class airline serving destinations all around the globe.

Their liveries did nothing to convey the opposite, as most of them were safe and sterile – including the version I’ve illustrated above. This was their second to last livery, with the last one unveiled only a few short years before their death. But this one is my favorite. Nothing screams “1980’s” more than thick red stripes running down the side of a white fuselage – it totally reminds me of the A-Team van (with different colors obviously), and I swear I can hear Wham or Madonna playing in the background. Its way cheesy. And I love it. 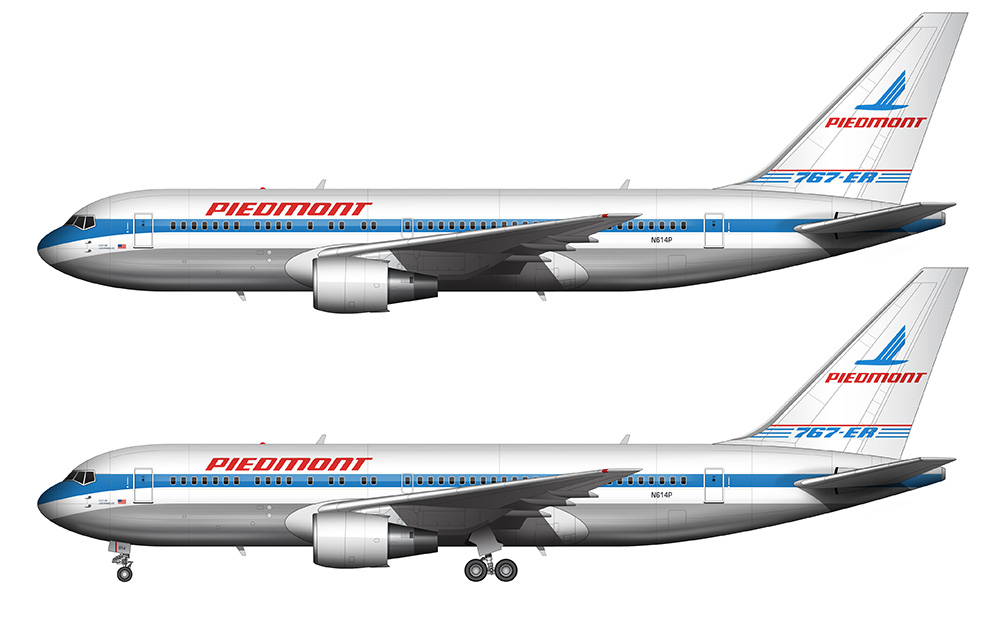 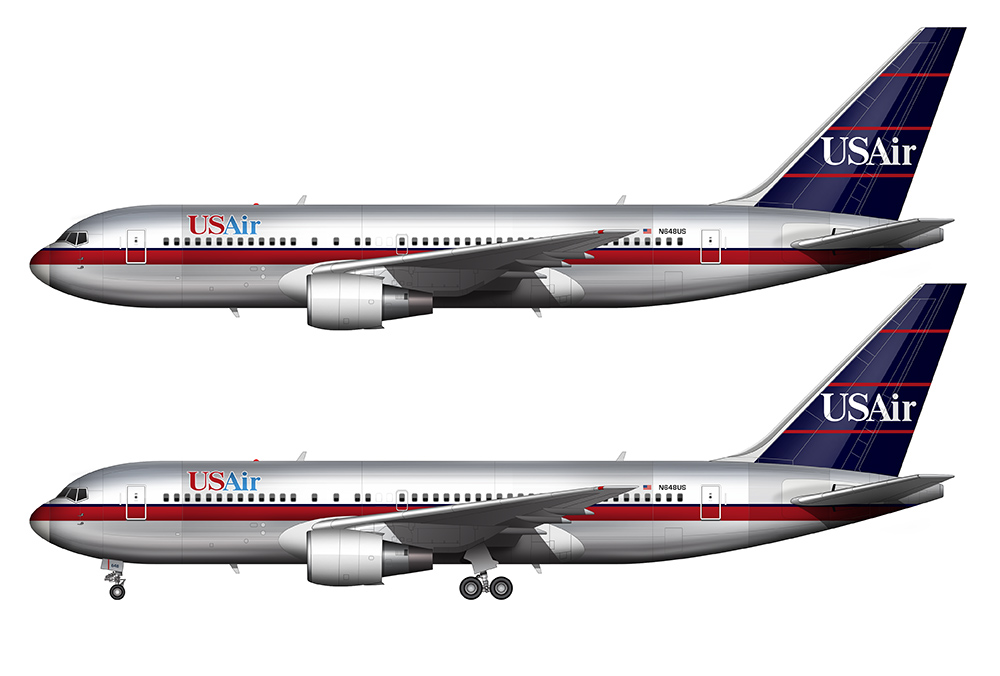