I’m not exactly sure how it all started, but it’s becoming somewhat of an annual tradition for me to sit down and watch the entire Ice Pilots TV series from beginning to end each spring. It usually takes about a month to get through all six seasons, and I always walk away from it feeling like I want (need) to create templates of vintage aircraft. Especially the Douglas DC-4.

Anyway, I finished my annual binge in early June, and since then, I’ve been working on the DC-4 side view templates you see below. It was fun. And incredibly frustrating.

I’ve never been a very big fan of vintage “piston pounders”, but the DC-4 speaks to me in ways that are hard to put into words. Not only does it look great, it’s an incredibly nice-sounding airplane. I’ll bet it smells really good too, but unfortunately, I’ve never seen one up close. Not yet anyway. 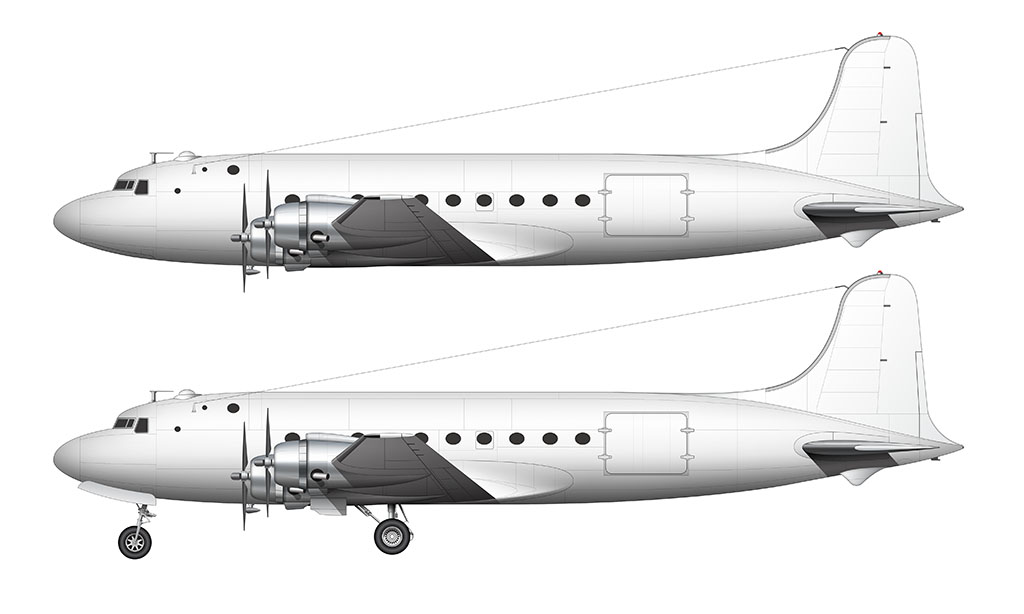 Side profile illustration of an all-white Douglas DC-4 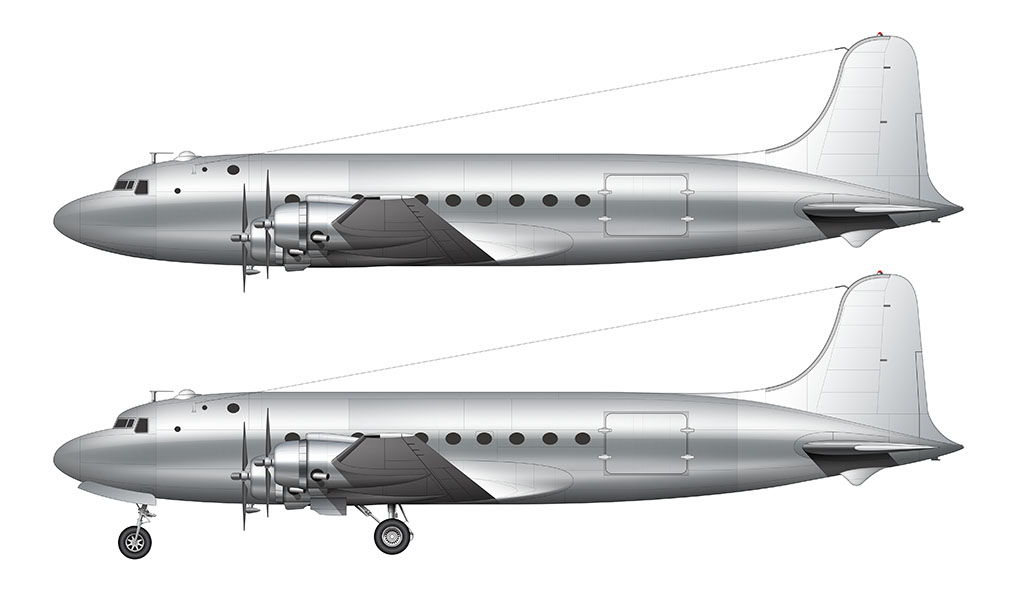 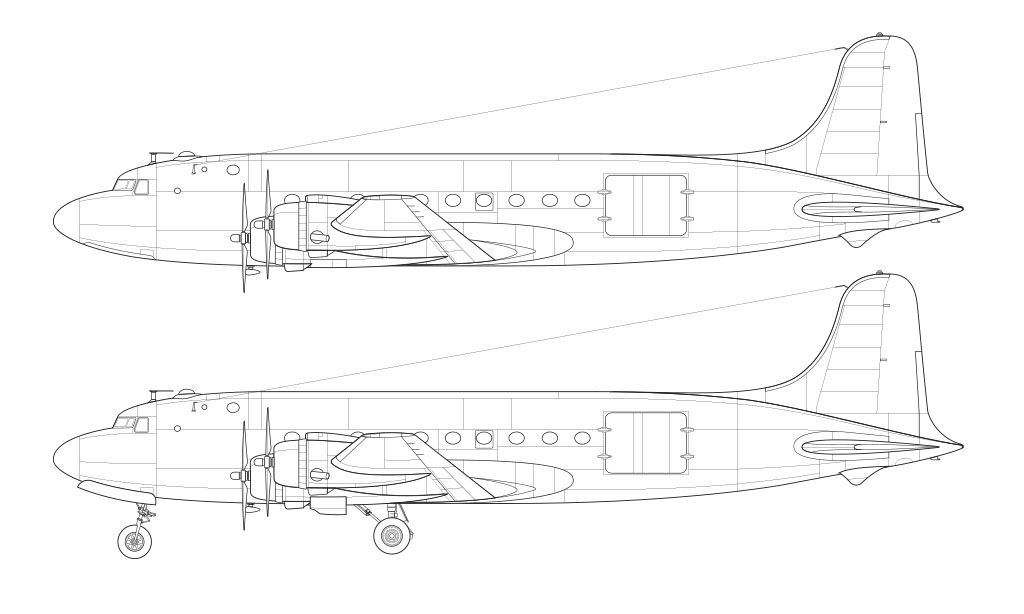 Vintage aircraft are extremely difficult to create templates for (a lesson I learned when creating my Boeing 707 templates). Good reference photos are hard to come by, and it seems nobody thought to take perfectly side-on pics of these old birds back in the day.

I did what I could though, and I hope you find the above illustrations useful.

What exactly is a Douglas DC-4?

The Douglas DC-4 was a highly-versatile aircraft developed by the Douglas Aircraft Company in the late 1930’s. It was a propeller-driven aircraft that the company had built primarily for commercial purposes, but proved to be a capable transport aircraft for the military during World War II.

The DC-4 had a simple autopilot system that provided altitude and directional hold. It weighed approximately 73,000 lbs and had a range of 4,200 miles.

How many DC-4s are still flying?

In the 50s, Transocean Airlines in California was the largest civilian operator of the DC-4. The aircraft was also actively used in the Berlin airlift between 1948 to 1949. There were also many other operators of the aircraft in the United States and all over the globe.

The DC-4 had twice the payload capacity of the DC-3. It was powered by four radial (piston) engines instead of DC-3’s two engines.

From the onset, the goal was to develop the DC-4 as the natural successor to the DC-3. Airlines demanded larger and faster equipment, so Douglas poured $3 million into the development of an all-new aircraft which extended the capabilities of the DC-3. The DC-4 was their first four-engine, 42 passenger commercial airliner ever built.

Perhaps the biggest difference between the DC-4 and the DC-3 is the range. The DC-3 was capable of flying 1,491 miles nonstop, while the DC-4 could fly 4,200 miles.

How much did a DC-4 cost when new (adjusted for inflation)?

Speaking of cost, think about this: The DC-4 (United Airlines’ most common aircraft at the time) typically flew from New York to San Francisco in 16 hours with one stopover at Chicago. The fare of $236.60, when adjusted for inflation, comes out to $3,943.76. Would you pay that much to fly between JFK and SFO now?

Other interesting facts about the DC-4

The DC-4 was a remarkable airliner that went down in history as one of the best (in my opinion anyway). It was a highly versatile aircraft that paved the way for the aircraft we still fly on today. Here are some other interesting facts about the amazing DC-4: