The first Airbus A350 hadn’t even delivered yet before I illustrated it for my growing collection of side-profile airliner renderings. I had been looking forward to creating the Airbus livery on the A350 as soon as I heard about it, as I consider it one of the best looking self-branded liveries in existence.

This was even before high-resolution photos of the A350 were even available. That made this illustration especially difficult to create.

I scour the web for days gathering as many high-res detail photos as I can before I begin any aircraft illustration, but that wasn’t possible this time. Only one of these things were flying at the time, so that meant all that I had to work with were a small handful of press photos and lightly-detailed 3d renderings found all around the internet.

I’m fairly confident that I was able to render everything correctly, but since I was working from photos of prototype aircraft, I suspect I’ll have to update little details in these illustrations to represent final production versions later this fall. 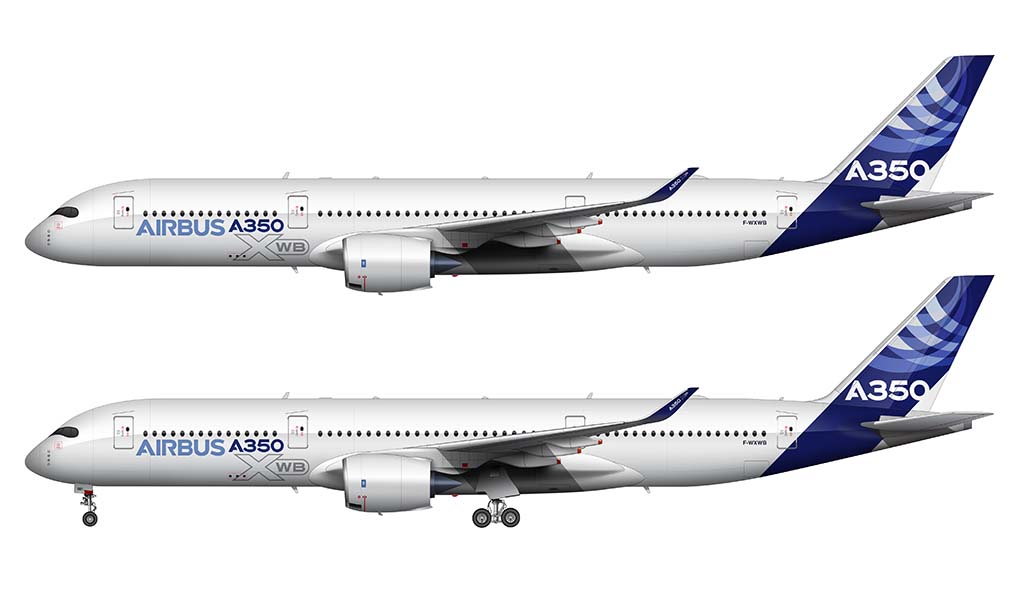 Overall, I like the shape of the A350. But after creating the blank template, I gotta give the nod to Boeing for their better-looking 787. Mostly because of the scalloped engine nacelles and wings that flex beautifully under aerodynamic load.

While the A350 is an elegant-looking airplane, it’s very subtle. Other than the nicely-sculpted contours around the wing and fuselage connection (and the good looking nose), there’s little about the overall design which makes it unique and stand out. I wouldn’t be surprised if I found out that most people have a difficult time identifying it as an A350 at a crowded airport.

There are three variants of the A350:

As always, please feel free to use the attached illustration however you like just as long as you credit this page. Thanks! 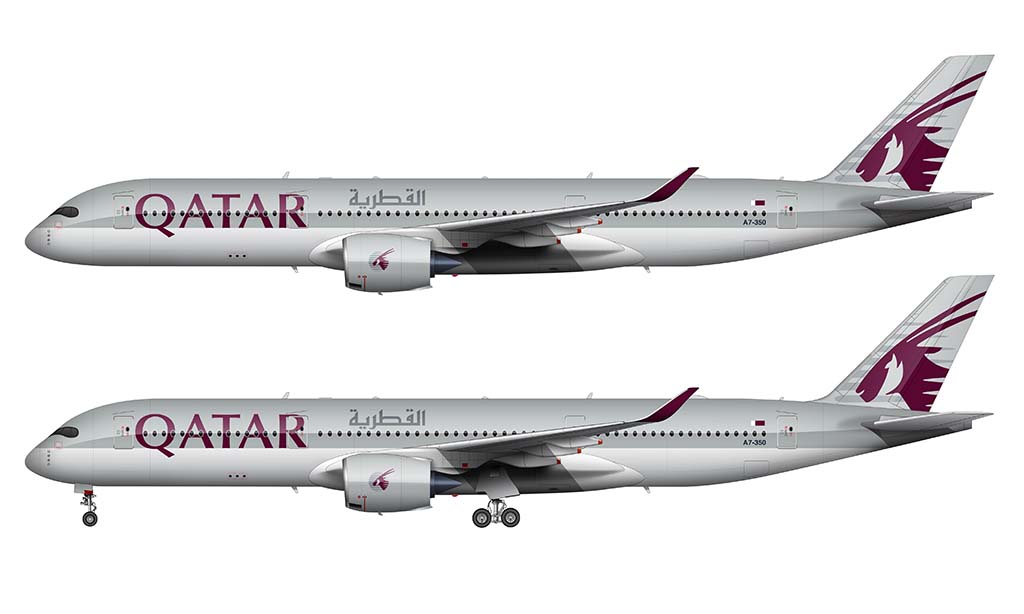 I’m trying to limit how many Airbus A350 renderings that I create for the time being, primarily because there is…