Home
\
Aircraft Templates
\
Side view templates of the Boeing 797 concept 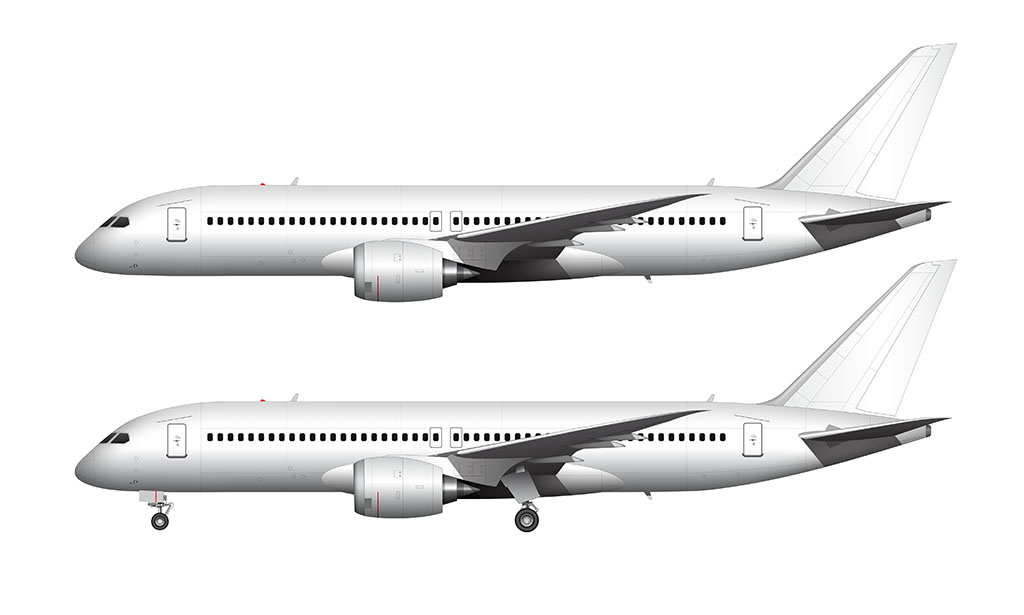 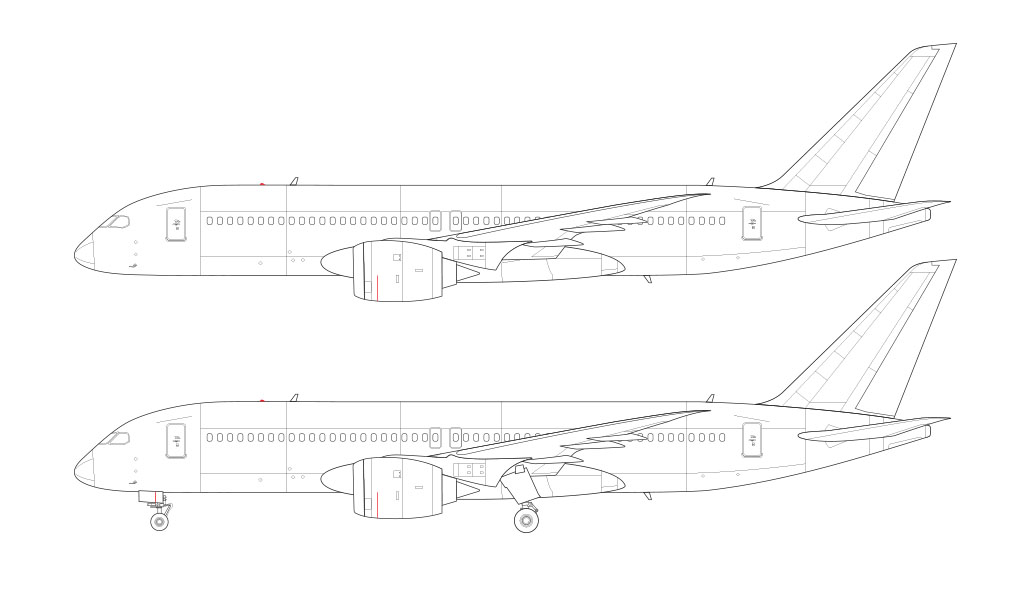 Who would have thought that I’d have 797 blueprints before Boeing? I’d totally be honored if they stole my design though… 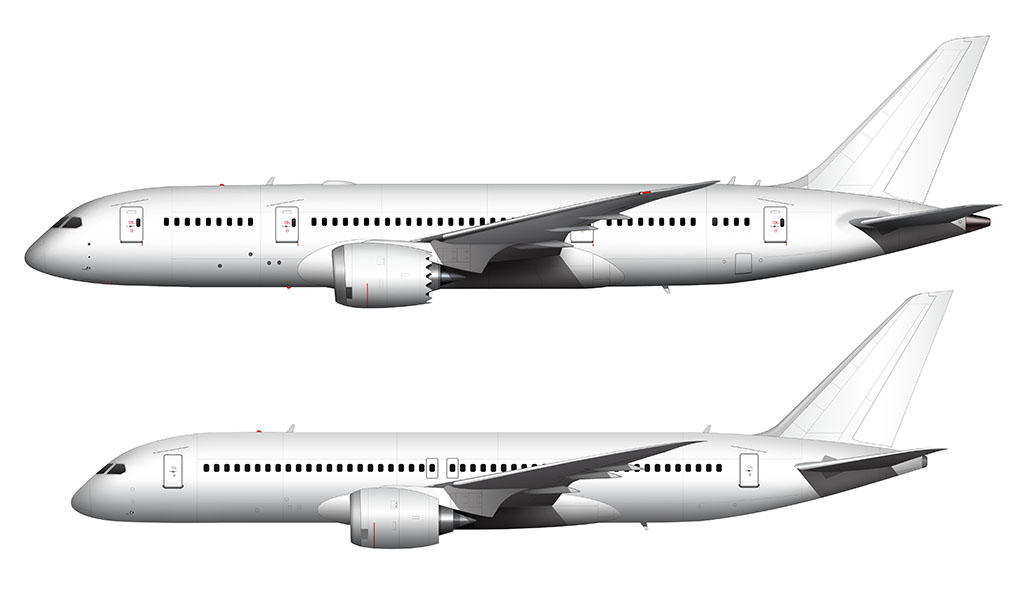 Before anyone accuses me of just scaling down a 787 and calling it a 797, here is a side by side comparison (787 on top, 797 on the bottom). See? The changes are more significant than you thought!