I actually had to do a double take as I was uploading the images for this blog post, because I thought for sure that I had made a mistake and that I accidentally grabbed my 737-600 illustrations instead. At first glance, the 737-500 and -600 look nearly identical – so it was a very easy mistake to make and I don’t feel too ashamed about admitting that I wasn’t able to tell the difference. There are actually some fairly significant differences between the two that took a little bit of extra time to illustrate, and those differences are really difficult to see if you don’t know what to look for. Once I took a moment to compare the two side-by-side, it was clear to see which was which and a wave of relief washed over me (confirming that I had uploaded the correct images and that I was still the nerdy and knowledgeable AvGeek I had been aspiring to be). 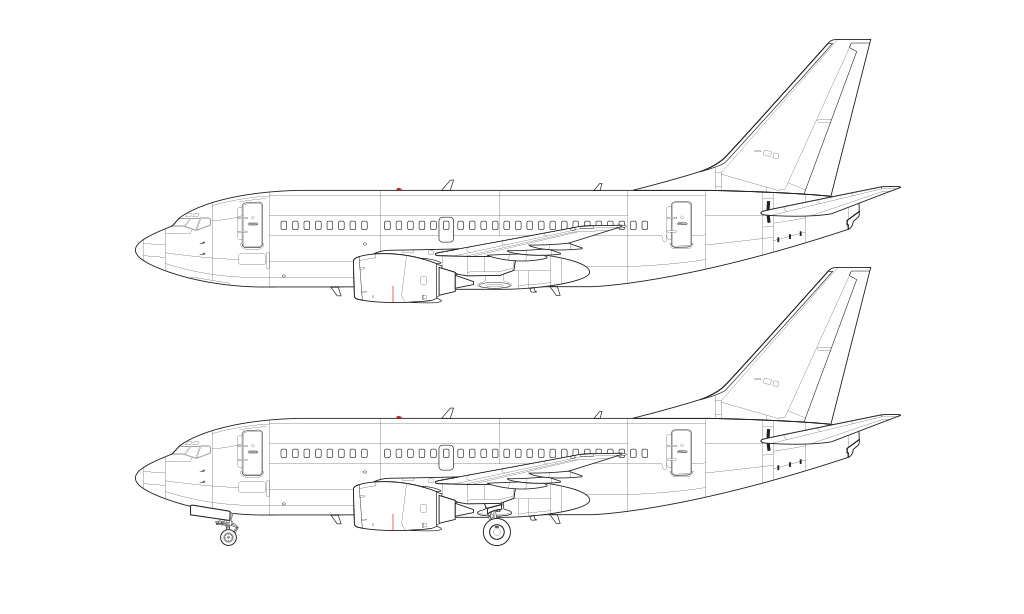 Wireframe line drawing of a 737-500 without winglets

As I mentioned in my last post, the 737-500 is part of the “Classic” series of the 737 family (along with the -300 and -400), while the -600 is part of the “Next Generation” camp (along with the -700, -800, and -900). The most significant visual differences between the Classic and Next Generation series are different wings and vertical stabilizers, and you have to look really close to notice those differences at all. The wing is much smaller on the Classic series, while the vertical stabilizer is somewhat shorter – although it maintains roughly the same shape. The engines (CFM56-3B’s) are also completely different, and are smaller than later versions (which had CFM56-7’s). As I said, it’s really hard to notice these differences without comparing the two side-by-side, so go ahead and download both and place them over top of each other – then you’ll be able to see very clearly how different they are.

The other major difference between the -500 and -600 is the fact that the -500 was available with blended winglets (similar in design to the winglets available on the Next Generation series). I actually had no idea that they were an option on this version, and I find it odd that they weren’t available on the -600 at all. I had always assumed that winglets didn’t become available until much later in the 737 timeline, so once again I learned something new as I was digging around and doing my research. This side view airliner template thing is becoming one of the most educational projects of my entire life! 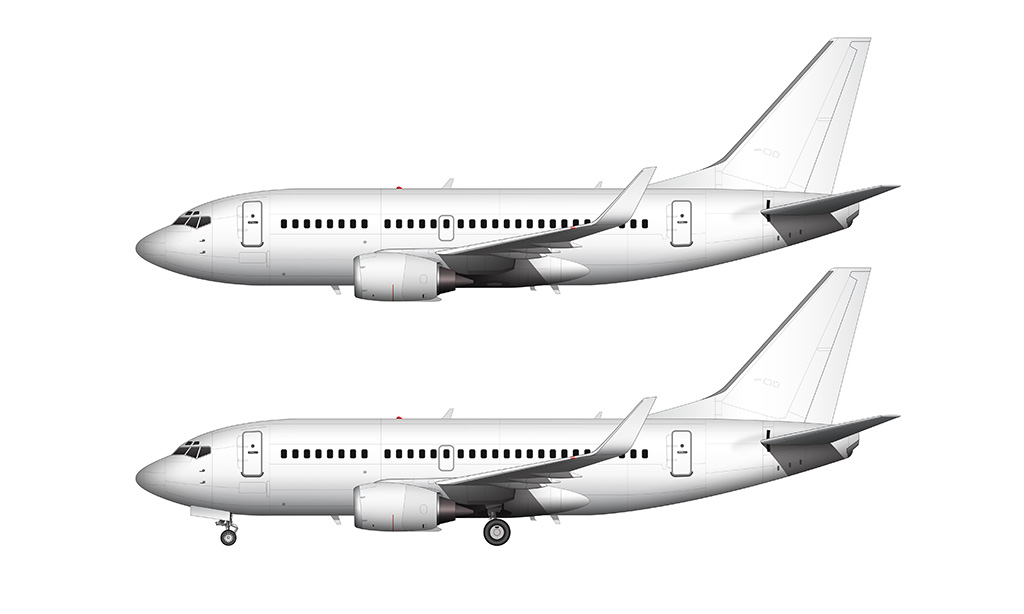 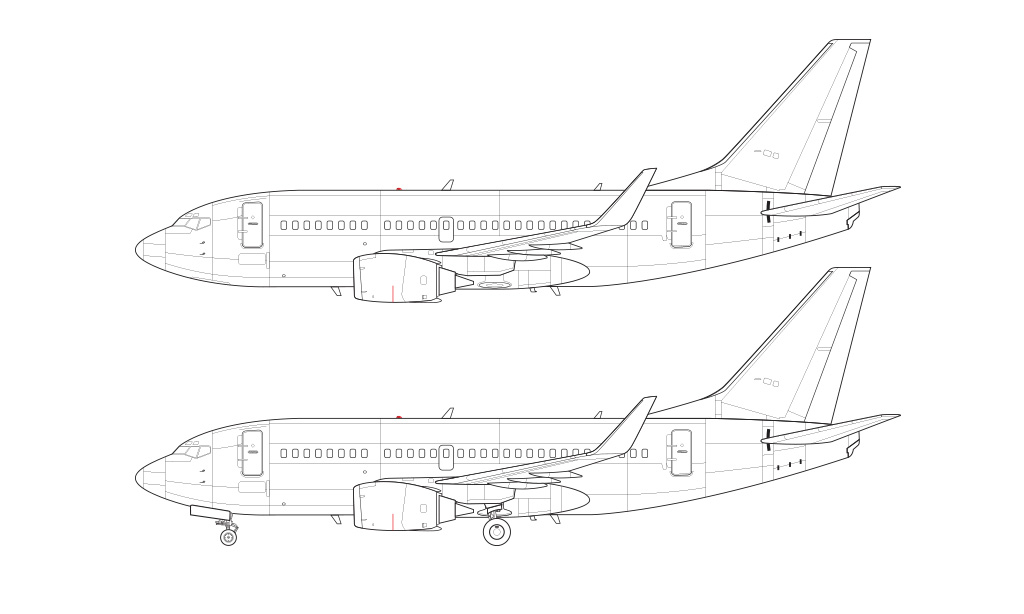 Wireframe line drawing of a 737-500 with blended winglets

Oh – a few more interesting bits of technical data for those who are curious: the 737-500 was the direct replacement for the -200, and is roughly 19 inches longer than that first generation aircraft. It’s also 8 inches shorter than the 737-600 which replaced it. Neat, huh?

Launched in 1987 with Southwest Airlines, the 737-500 flew for the first time in 1989, and was launched into service in 1990. 389 airframes were built between the years of 1990 and 1999, which is a pretty respectable number – enough so that it was easy to spot in airports all over the world. I remember seeing a ton of them here in San Diego with Southwest, and it was a real bummer when they retired their last one in 2016. A quick check of my flight log reveals that I’ve flown on 6 of them over the years (2 of them with Southwest and 4 on United Shuttle), which is actually more than I recall. Geez, now I’m totally regretting not getting a ride on one of the last ones before right they were retired…

As I promised last week, my goal for this week was to post templates for both the 737-500 and the 737-400. The good news is that I am still on track to make good on my word, with the -400 illustrations coming tomorrow. Note that I will also be including the -400F (freighter) version along with it, which is one that I know a handful of you have been asking for. Make sure to check back 24 hours from now!