Well, I guess I have to stop kicking the can down the road and just get this over with. I actually completed this ERJ-135 blank illustration template about a week and a half ago, but the problem is that I’ve pretty much run out of things to say about the ERJ family of aircraft since I’ve said so much about the -145XR, -145, and the -140 already. I was already scraping the bottom of the literary barrel when I wrote the post about the -140, so you can imagine how blank my mind is right about now as I try to write this post about the smallest Embraer regional jet of them all. What else is there to say about this family of aircraft that I haven’t said already?

Well, for starters the ERJ-135 is a 37-seat aircraft, which is noticeably smaller than the ERJ-140. In my opinion, it doesn’t look all that much different than it’s bigger brother, and I’m not even sure that I would be able to tell the difference between the two if I wasn’t able to see them together side-by-side. It takes a courageous AvGeek to admit something like that, but since I’m feeling brave (and still struggling for things to say) you should probably also know that I still have a hard time discerning between an A320 and an A321 if I can’t see them together to make a direct comparison. Do I need to turn in my AvGeek card for admitting something like that? Gee, I really hope not. I quite like being an airline and aviation nerd thank you very much.

Now that I’ve created blank illustration templates for this entire family of aircraft, it’s time to do a direct visual comparison between them all: 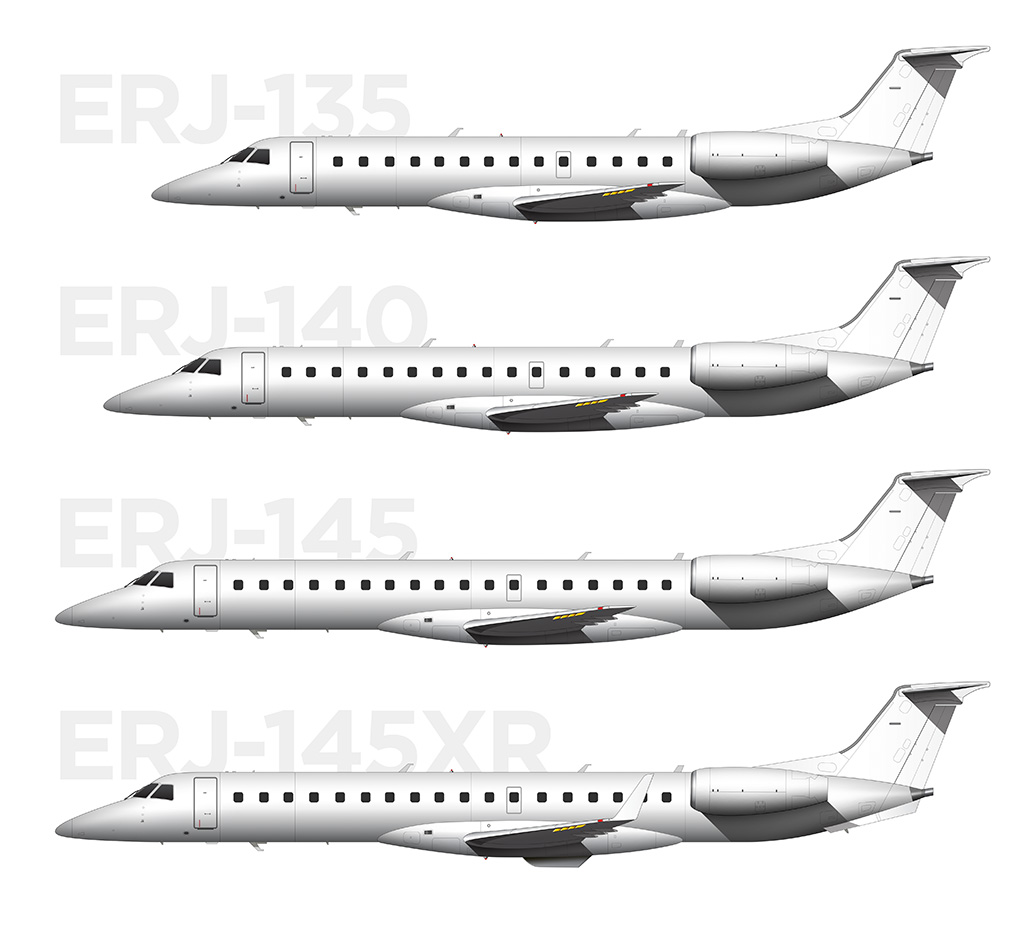 Which one is your favorite? I think I would have to go with the big daddy of them all: the ERJ-145XR. It’s not even a fair comparison if I’m being honest, because any aircraft with large winglets strapped to it’s wings will always look better than an aircraft without them (by default). That’s my opinion anyway, and it’s a good thing that the XR has winglets because if any of the smaller versions did it would be insanely hard for me to pick a winner. 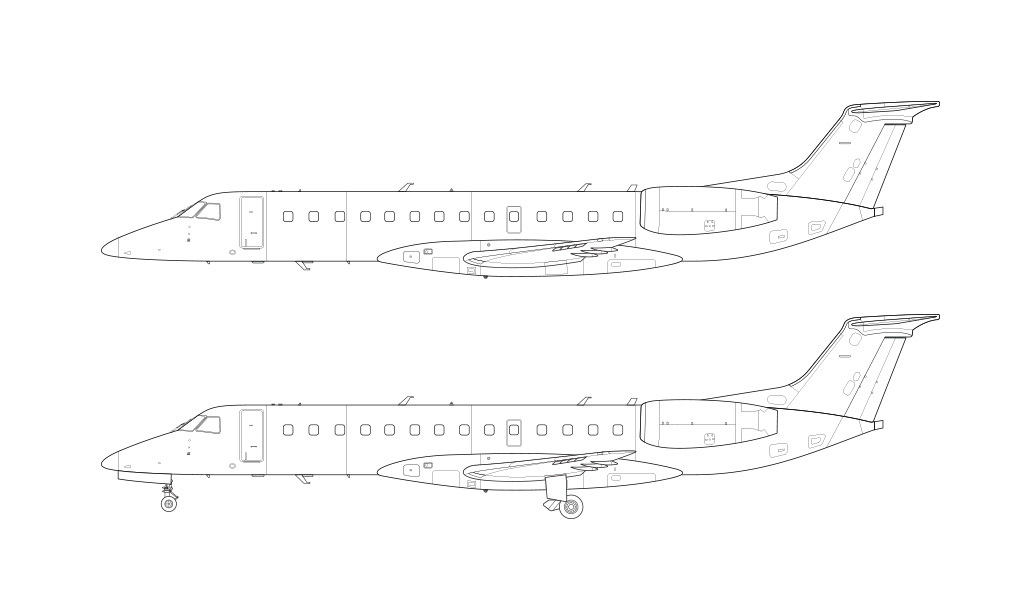 Side profile line drawing of an Embraer 135 regional jet

Thankfully, this post wraps up what has been a long and grueling series of posts about the ERJ family of aircraft, and I don’t blame you if you’re sick and tired of these posts just as much as I am. It’s not like I have anything against these airplanes, but I made a commitment to illustrate them all, and I never would’ve guessed how much of a challenge that would be for my painfully short attention span. Now that I’ve reached the end of the series, I’m pretty much over it and I’m chomping at the bit to get on to the next batch of templates. Truthfully, I was over it way back with the -145 so it was a real struggle to get this -135 posted. But there. I did it!

Next up will be the DHC-8-300, which wrangled its way into my schedule because I needed it for a client rendering that I was recently working on. The good news is that it’s already complete, and I’ll get it posted as soon as I think of some things to say about it…