It was about two months ago that I flew from San Diego to Orlando on Alaska Airlines to visit family, and I was very much looking forward to it because of how much I always enjoy flying with them (oh yeah, and seeing family is always nice too). I’ve never once had a bad experience on Alaska Airlines (knock on wood), so I was expecting nice things as I strolled into the airport that morning to check in for the flight.

Not only was I looking forward to the flight, I was very much looking forward to seeing what livery that plane to MCO would be wearing. Alaska Airlines unveiled an all-new livery and visual brand back in 2016, and somehow I’ve managed to avoid every single one of their airplanes that wear it so far. Considering that the majority of Alaska Airlines airplanes that I see nowadays are wearing that new livery, I figured my chances were pretty good as I walked up to the window to check her out.

Unfortunately, what I saw led me to assume that the plane that would be taking me to Orlando that morning was wearing the old livery (created way back in the mid-1990s), and you could almost hear the excitement and enthusiasm escape out of me with a high pressure “pssssshhhh!” as my face went blank. Yup, I was that disappointed. 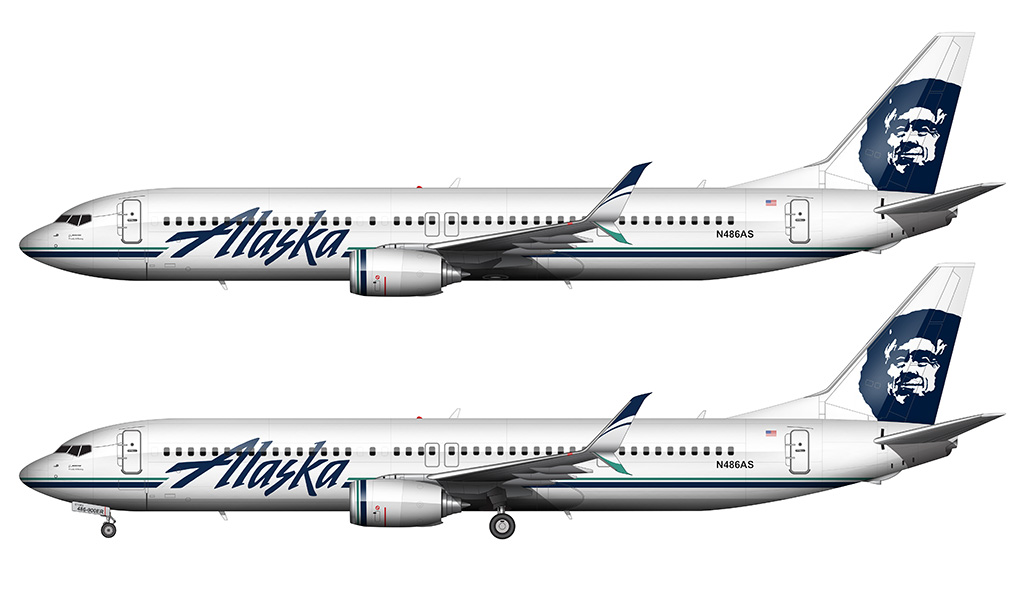 Fast forward to last weekend, when I sat down to create the illustrations of this aircraft for the trip report for this segment over on my travel blog. I create highly detailed side-view renderings of all the aircraft that I fly on (weird, eh?), and I figured it was going to be really easy since I already created an illustration of the old Alaska Airlines livery on the 737-900 several years ago (and this 737-800 as well), and all that I would have to do is just update the registration number. Oh how wrong I was.

It turns out that this particular airplane wasn’t wearing the old livery at all (which I learned was actually nicknamed the “icicles” livery for obvious reasons). It was actually sporting the “updated” design that was unveiled in February 2015, which upon first glance, looks exactly the same as the old one. But it’s not until you look at a direct comparison of the two that you start to notice some differences: 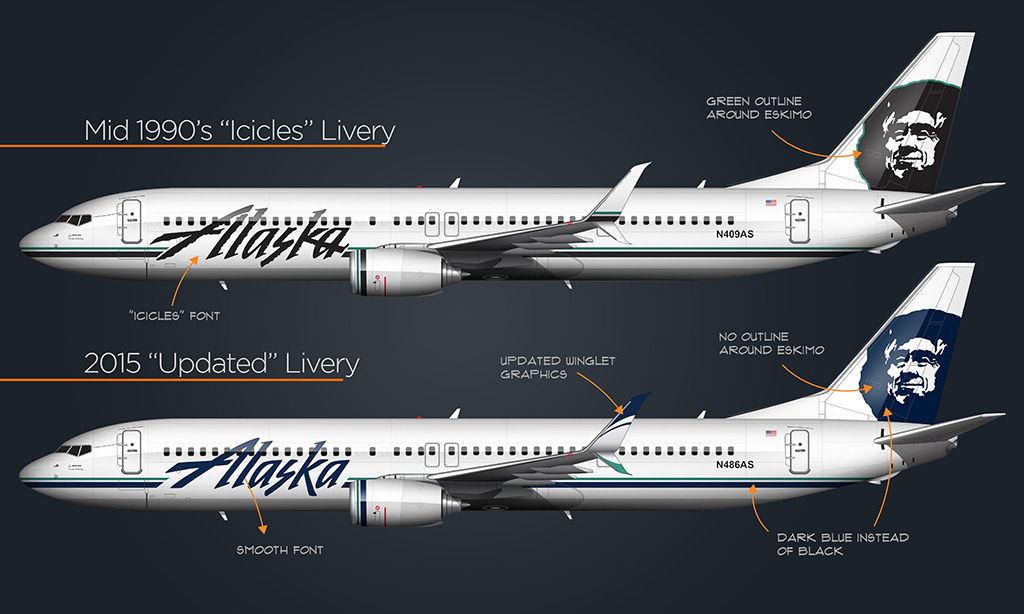 The biggest feature of this update was the modernization of the Alaska Airlines typeface – to put it in the simplest terms possible, they smoothed out the font to look more modern and a lot less like icicles. They also replaced the black accent colors with dark blue, which to be quite honest, is difficult to even notice unless you’re looking at the airplane under direct sunlight. It’s so dark as a matter of fact, that it still looks black under overcast conditions and I never would’ve even known this if I hadn’t found a slightly over exposed picture on the Internet of an airplane wearing this update. Who says over exposed pics are worthless?

I am happy to report that the airplane for the return flight home to San Diego was sporting that fancy new livery that had eluded me for so long.