One of the most interesting things about doing all these airliner templates is the fact that I learn a lot about which aircraft are really popular (or not) in an indirect sort of way. Did you know that my Boeing 747–400 template is one of my least downloaded? And that the Airbus A320 is the most popular? It’s data like this which has convinced me that the rest of the world just doesn’t share my enthusiasm for large commercial aircraft, and it kind of bums me out a little bit. I would’ve thought for sure that the big stuff like the 747’s and A380s would be the runaway favorites, but it turns out that the little guys (such as narrowbody Airbuses and tiny regional jets) seem to be what everyone is clamoring for.

Was that the perfect segue into this post about my all-new ERJ-145 templates or what? This little Embraer has been near the top of my most-requested list for quite a while now, which is strange to me considering that I personally don’t see many of these here in the US much anymore. They used to run rampant here at SAN and up north at LAX, but they’ve all been replaced by the larger ERJ-175’s thanks in large part to Skywest and their aggressive fleet renewal program over the past few years. I know that ORD still sees quite a few of these things (both American and United still have a ton), but they definitely seem to be approaching the endangered species list at a ridiculously fast pace and it may not be long until they’re all gone for good. 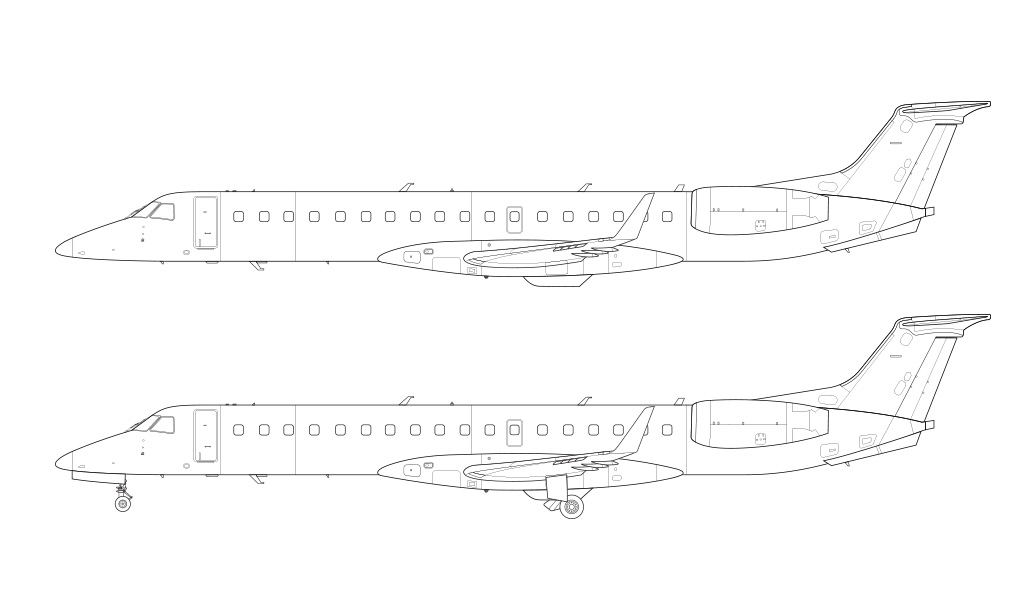 Regardless of how popular the ERJ-145 still is these days, I’m really glad to have a template created for it. Unfortunately, there are so many variants of this particular aircraft that I didn’t really know where to start once I realized that one template wasn’t going to cover everything. Because of that, I decided to start at the top of the food chain with the big daddy of them all: the ERJ-145XR – which is the extended range version of the largest model available in this family of aircraft.

The ERJ-145XR is a little different than the run-of-the-mill -145, sporting a pair of really cool-looking winglets and a smattering of other aerodynamic add-ons underneath and along the rear of the fuselage. As a matter fact, I didn’t even know that this model existed before I started doing research. I thought it looked pretty nice though, and since it was the most complicated version of them all, I figured that it would be the best one to start with so that I could work my way down to the other (smaller) variants using this illustration as a starting point. I don’t know why, but it’s always easier for me to downsize a template than it is to make one larger.

Even though the Embraer ERJ family of aircraft is quite extensive, there aren’t any significant differences between most of them other than fuselage length. Therefore, I should be able to crank through all of the other major variants at a very rapid pace now that I have this main illustration complete. Keep your eyes peeled for the standard -145 next, and then I’m going to tackle the -135 immediately after that. You’ll be happy to know that these are going to come very fast, and I hope to have everything uploaded here on the blog by the end of next week.

Now if you’ll excuse me, I need to go sit in a corner for a while and listen to calming mediation music to fend off this anxiety I just inflicted on myself for promising a lot of illustrations by the end of next week… 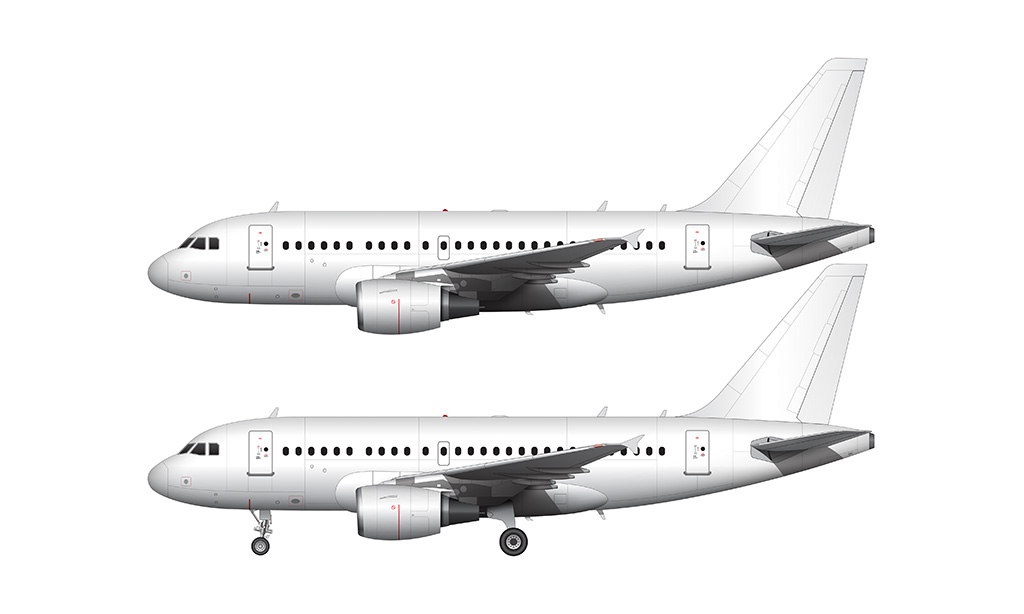