Airline livery design isn’t something that I do very often, though I will admit it is something I’m really interested in and I want to do more of if I can ever find the time. There’s just so much that goes into creating a great livery, and getting it to “fit” and flow correctly on an aircraft is a lot more challenging than it sounds. Especially when it comes to applying the same design to different airplane types. What works on one airplane doesn’t always work on another, and I enjoy the challenge of creating one cohesive design that can work in a variety of different configurations.

Most of you probably don’t know this, but my primary clients have me doing mobile app design 99% of the time, and this “airplane stuff” is just considered a creative hobby for me. Any chance I get to do custom livery design is considered a treat, and if my schedule allows it, I’ll usually jump all over these kinds of projects as fast as I can. Late last week the stars aligned and I found myself with a small hole in my schedule and a new client who needed a few quick illustrations to promote a mobile app he was working on.

This particular client already had logos for me to use, so it was just a matter of applying them (in a creative way) to my Boeing 787-8 template. I wasn’t given much guidance other than keeping the logos large, clear, and easy to read, which was really important since these illustrations would be used as marketing material for promoting the app.

I immediately thought to use the shield logo as the basis of the livery, somehow leveraging the shapes and forms that made up the shield into something more abstract that would flow seamlessly horizontally from nose to tail. I needed to keep the design relatively simple though – after all, the client’s logos needed to be the primary focus and a busy livery would only get in the way.

Here are a few more variations: 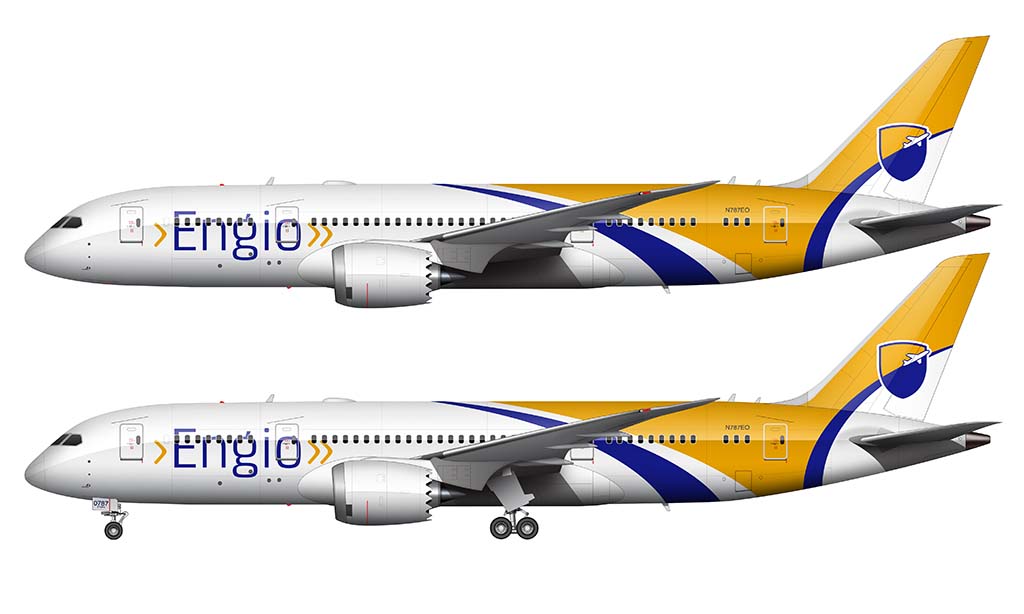 Variation 2: Directly intersecting the logo on the tail 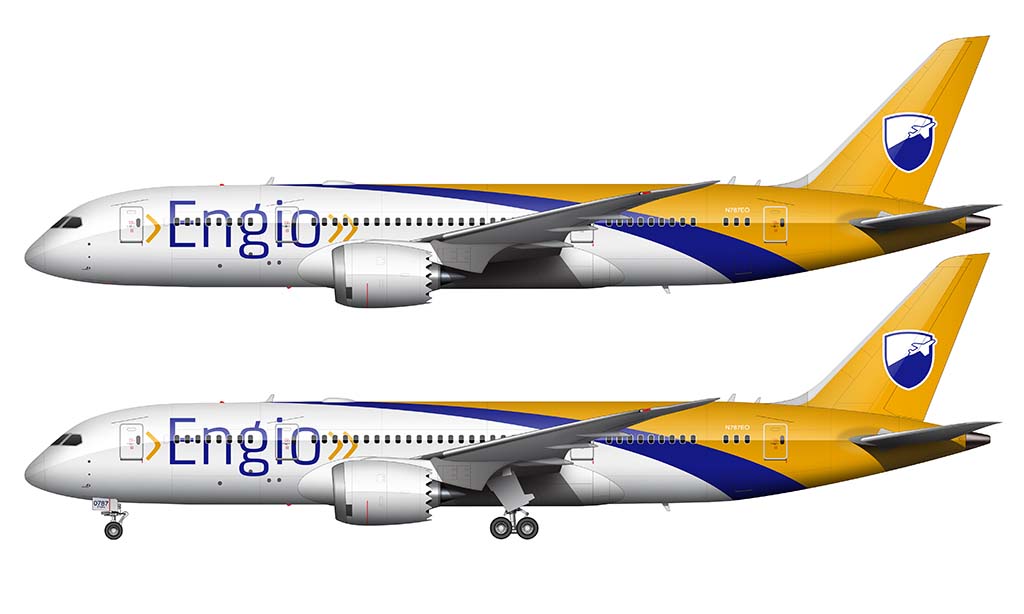 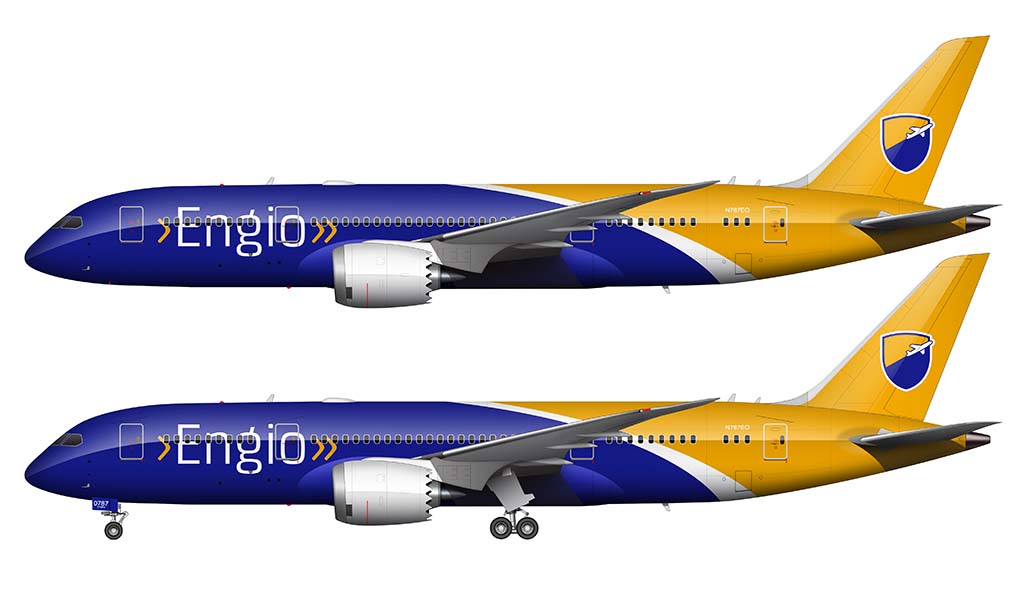 If it weren’t so important to keep the Engio brand name as noticeable as possible, I definitely would have used color on the engines. I tried a couple variations with swoops of blue and yellow on the engine covers, and it looked pretty cool – but unfortunately, I thought it was a bit too distracting and it wasn’t the right thing to do to meet the objectives of this design. But that’s the way it goes sometimes. Compromises are just part of the design process.