Exactly one month ago today I uploaded a sparse-white industrial-themed PowerPoint template that featured some nuts and bolts as the primary image on the cover slide. I was satisfied with the way that it turned out, but you might find it interesting to know that it was actually a redo of a template that I created earlier (and wasn’t totally happy with). Anyway, I decided that I might as well upload that other template as an alternative – perhaps you might like it better!

The layout of this template is nearly identical to the other one, right down to the exact same table and bullet point slides. The difference is all in the cover slide with that thick gray horizontal banner cutting through the middle. It was that element that I wasn’t so sure about in the beginning, mostly because it’s the kind of thing I’ve been doing for years – and I felt sort of guilty for doing it yet again. But the fact of the matter is that I think it works well to create a lot of contrast between the background and the nuts and bolts rendering.

Design-related presentations are very common (I’ve certainly given my fair share of them) and my hope is that this template is generic enough to use for all sorts of design topics. I personally think it would be just as useful for an architecture firm as it would be for an app builder – after all, the act of design and construction requires assembly of parts whether they are physical or digital. The chrome nuts and bolts are simply a metaphor in this case.

So which one do you like better? I almost hate to admit it, but I’m feeling that I like this darker version more… 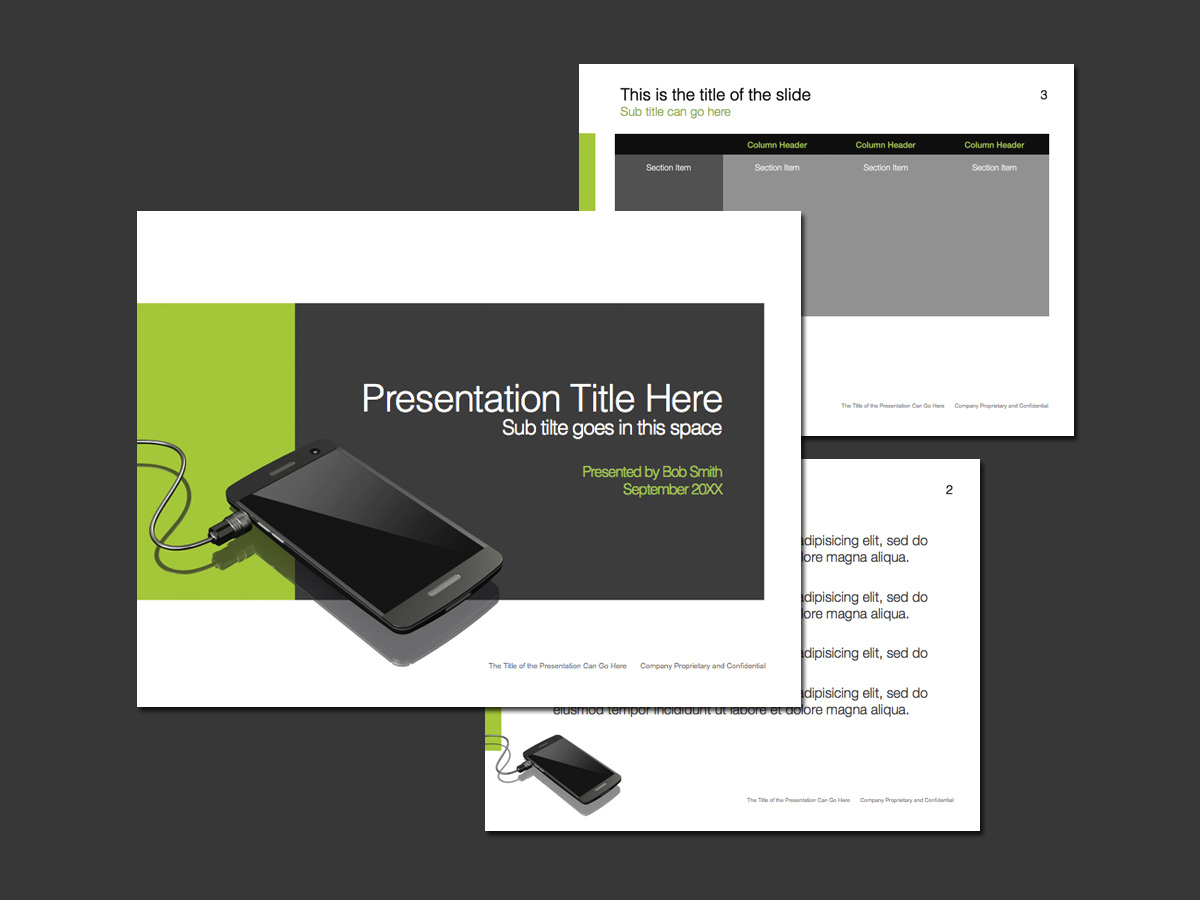 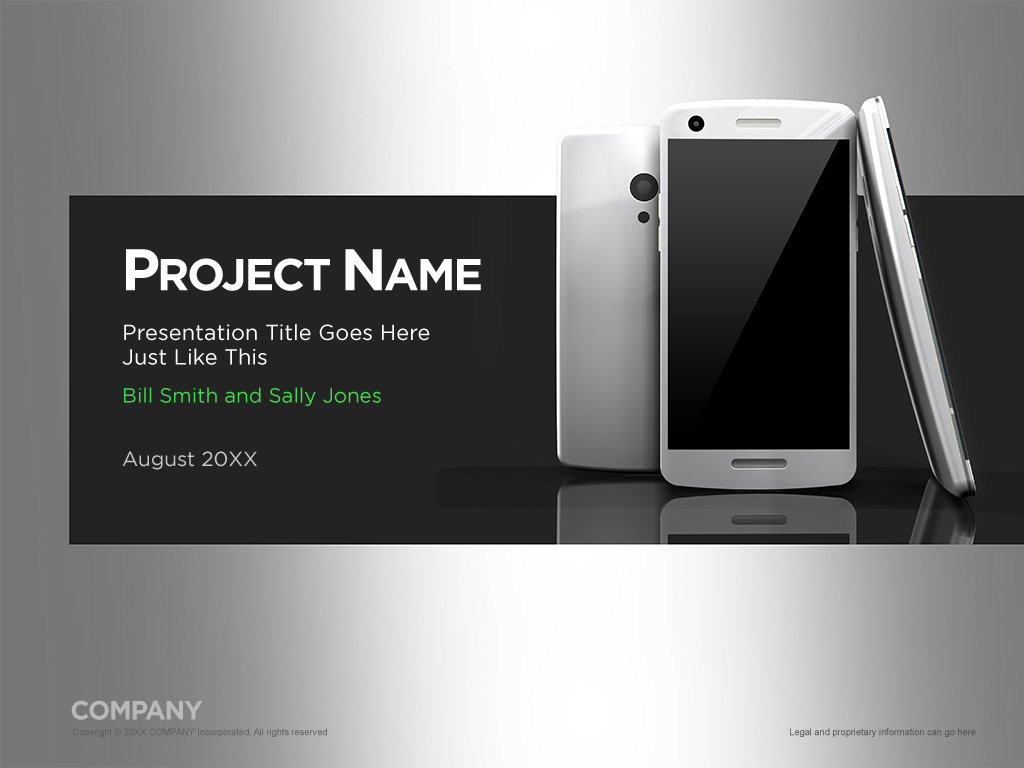