Okay, now it’s official. With the completion of this Airbus A319 template set (along with the A320 and A321 I already created), I am completely sick of these Airbus narrow bodies! There are just so many variations that have to create of each one to make a complete set, and I’m thankful beyond words that I’m done. There are two engine types, along with two wingtips – so for each one I need to make a fully shaded all white version to go along with the wireframe line drawing. It’s not difficult, but it is annoyingly time consuming. I never was a fan of tedious production work!

But as I mentioned in my post about the A320, the fact that Airbus offers so many options on these airplanes is what has made them some of the best-selling airliners in history. There’s a configuration for nearly any need, which was very smart of Airbus to develop. However, it sucks for aircraft illustrators like me…

So now that I’ve done all three, which do I like the best? I’m going to have to say that the baby of the family (this A319) is my favorite. I like it’s stubbiness, which helps to balance out the proportions between the wing and fuselage. This airplane is essentially all wing – which looks pretty cool IMHO.

Finally, I would like to point out that yes, I do know that there is actually one more aircraft within this same family – so technically, I’m not really finished with the set. But that aircraft (the A318) was such an oddball edge case that didn’t sell very well, and therefore, it’s not very high on my priority list. I’m only focusing on the most popular aircraft for now, and perhaps someday (when I’ve made templates of everything else) I’ll go back tackle that A318. But for now I’m just going to bask in the satisfaction of having the three most important Airbus narrow bodies complete.

Here are all the templates, starting with the wireframe line drawing of the illustration at the top of this post: 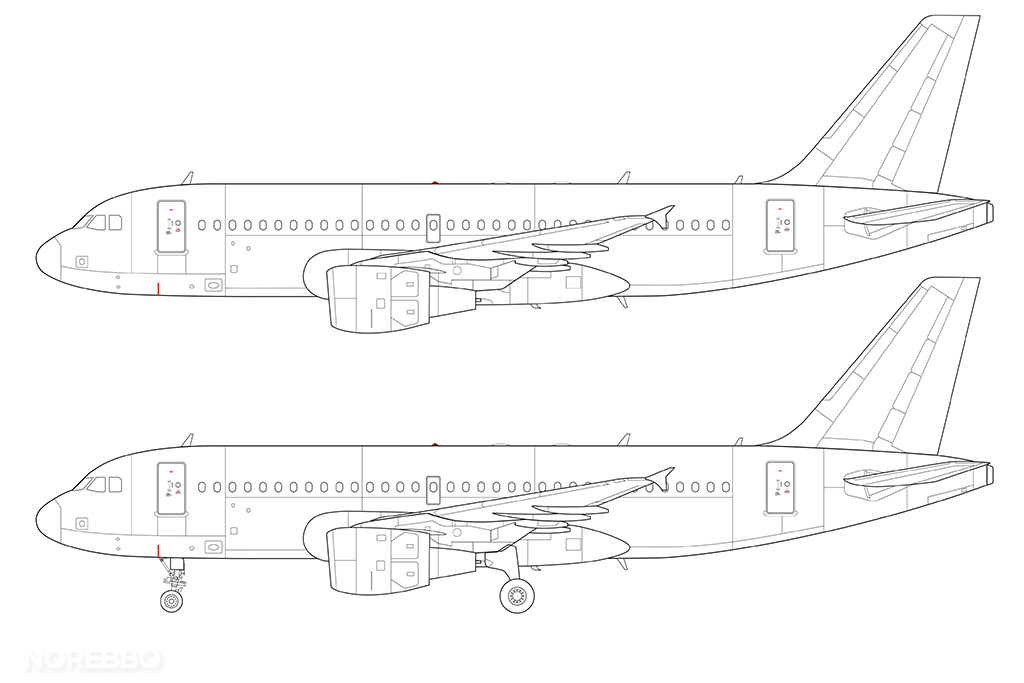 Airbus A319 technical line drawing with cm56 engines and rakelets

Next up, we have the same engine type (cm56) with sharklets instead of rakelets on the wingtips. 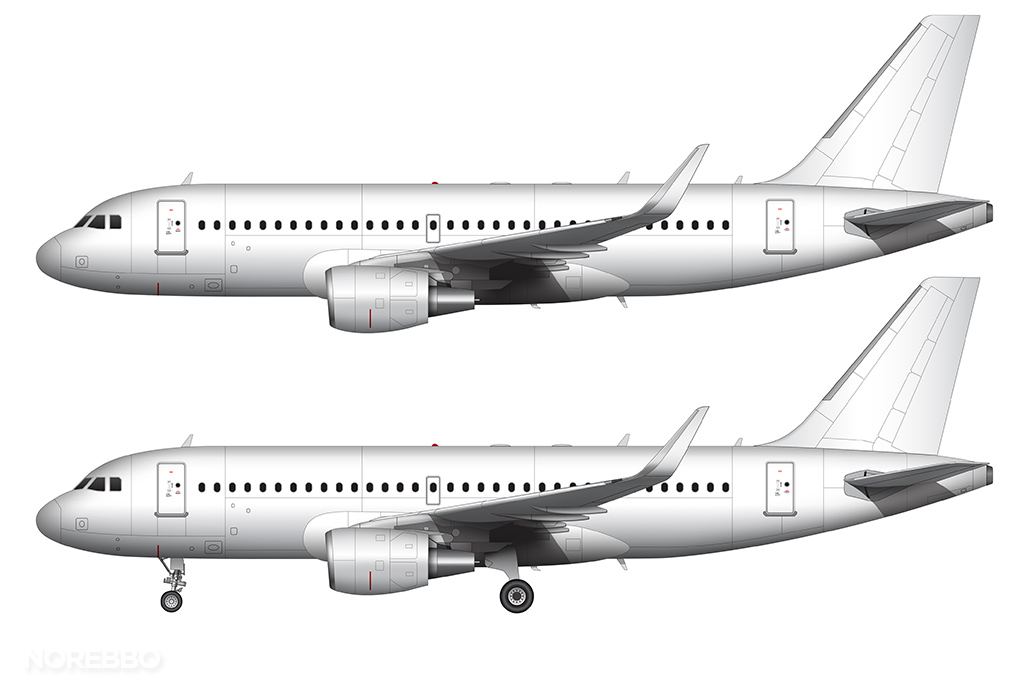 All white Airbus A319 drawing with cm56 engines and sharklets 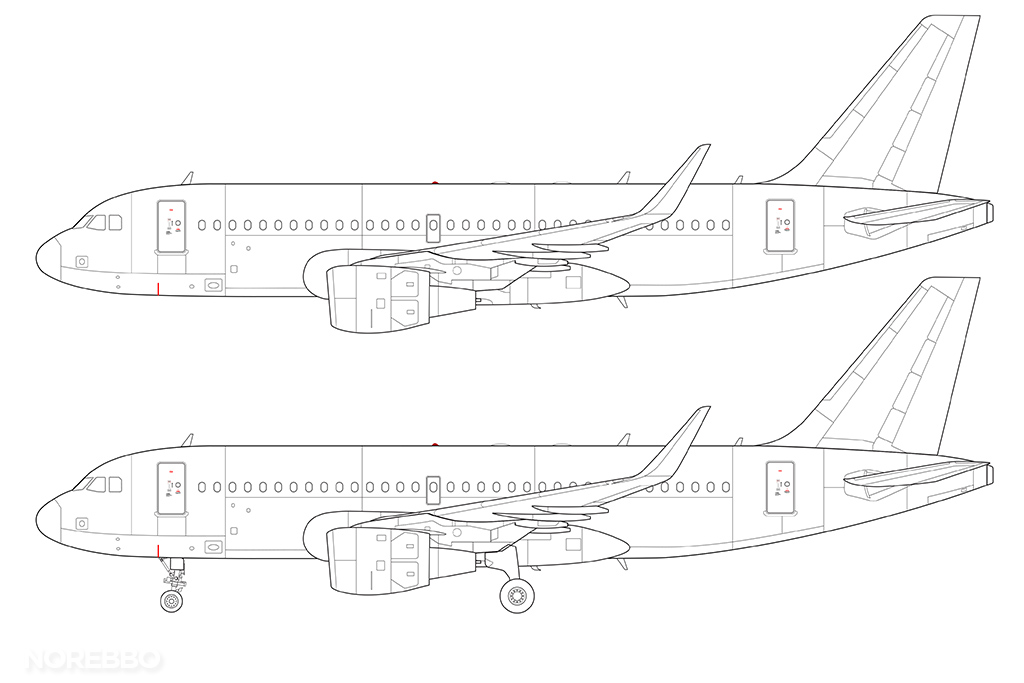 Airbus A319 technical line drawing with cm56 engines and sharklets 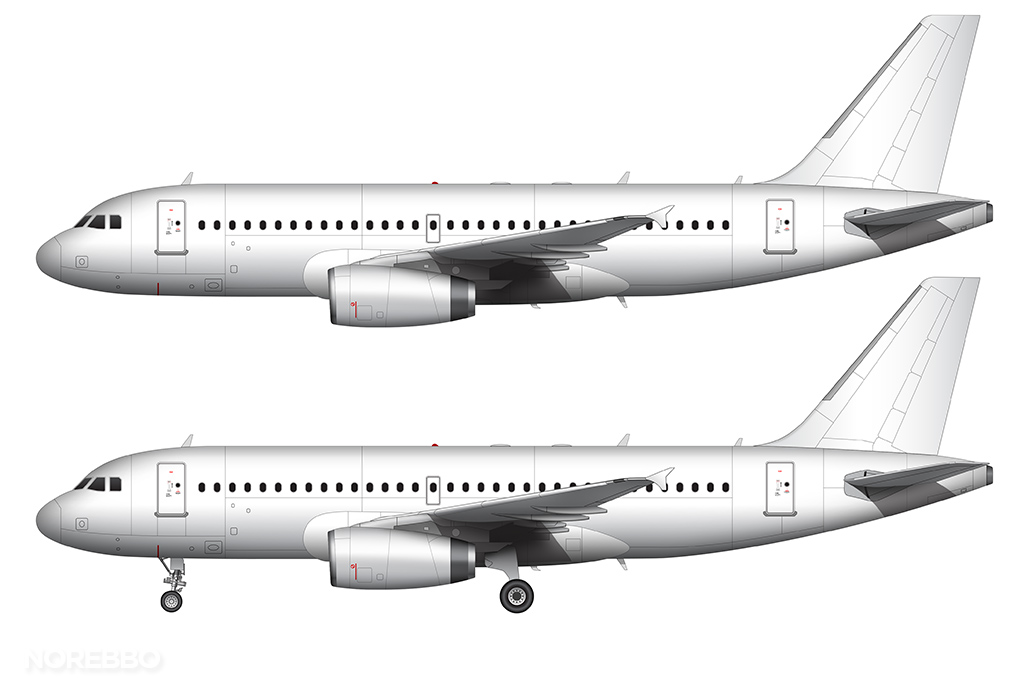 All white Airbus A319 drawing with v2500 engines and rakelets 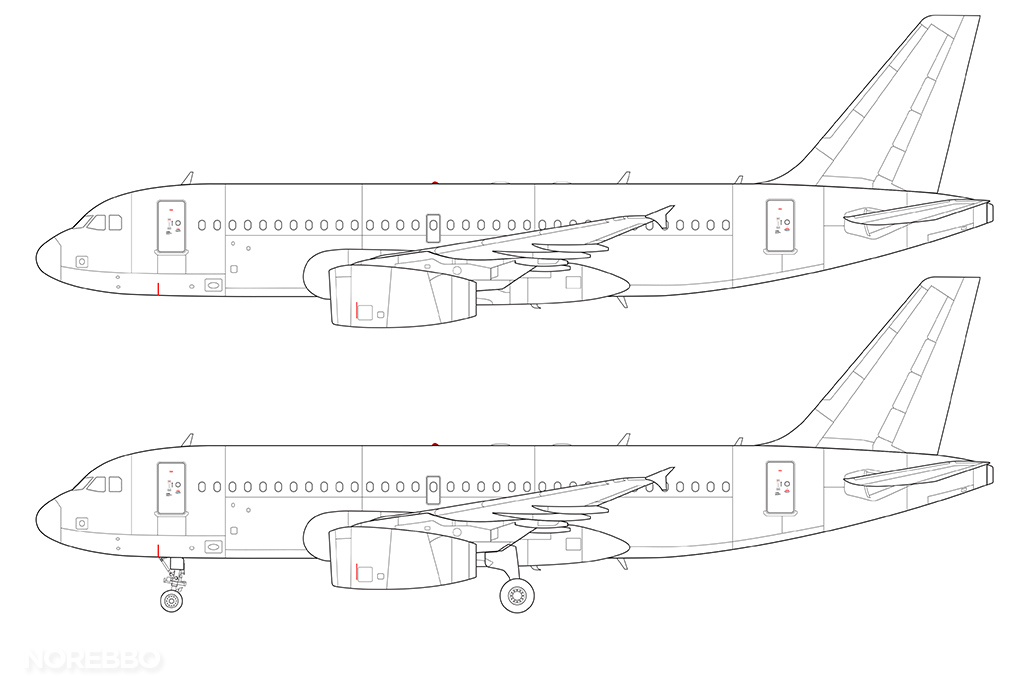 Airbus A319 technical line drawing with v2500 engines and rakelets 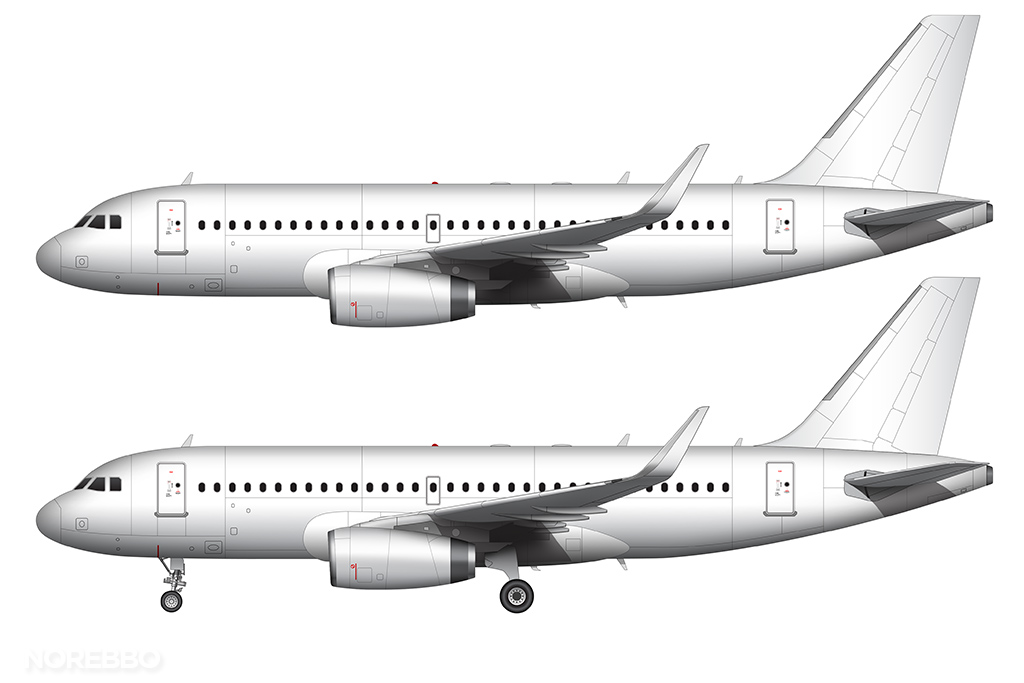 All white Airbus A319 drawing with v2500 engines and sharklets 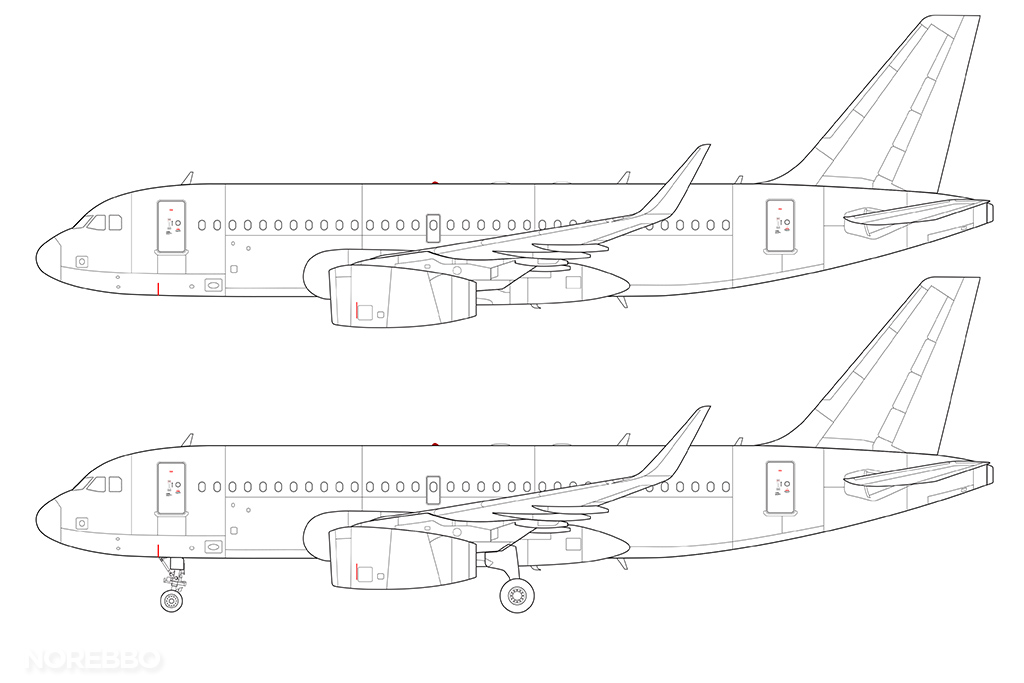 Airbus A319 technical line drawing with v2500 engines and sharklets