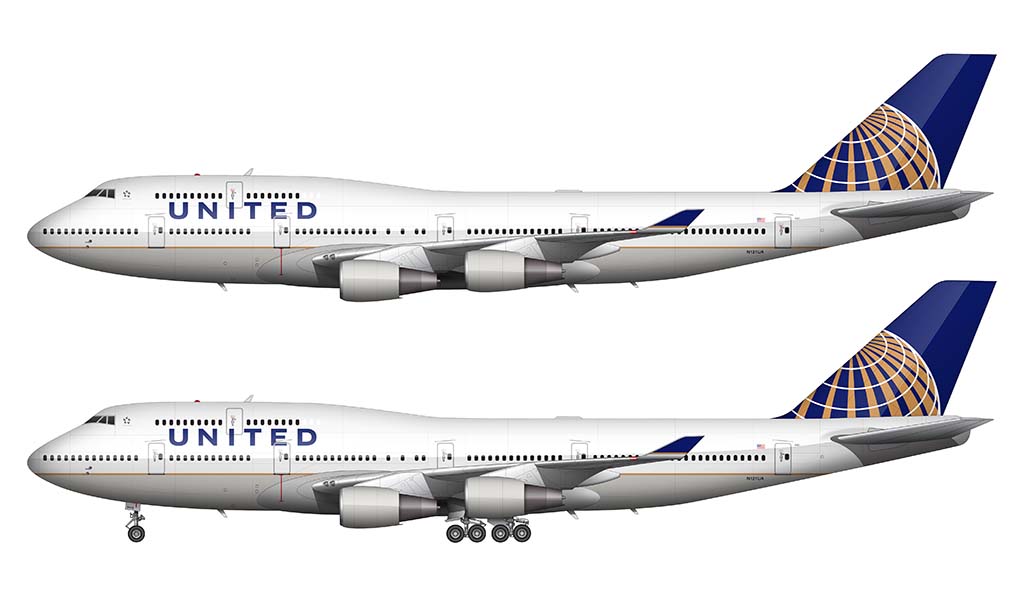 A few days ago it dawned on me that I’ve only made one Boeing 747-400 illustration since completing my blank template of it last September. Considering that the 747 has always been my favorite aircraft, I thought that it would probably be a good (and fun) idea to start building up that collection.

Deciding which livery I would render was quite simple this time – which is rare for me. In my post about the Air China A330, I told you about how much I struggle trying to decide what exactly I want to work on before starting one of these illustrations – and I revealed that I’m now trying to focus on the aircraft that I’ve flown in the past (or will be flying soon). My trip to South Korea in a couple weeks from now is going to kick off with a SFO-PEK segment on a United Airlines 747-400, so the choice of what to illustrate was obvious.

As far as the livery goes, I’ve got to say that I’m bummed about how United chose to use the old Continental color scheme when they merged with them several years ago. While I’m sure they saved a ton of money doing it that way, the company was essentially reborn at that time and it would have been the perfect opportunity to press the reset button on their brand image and come up with something new and unrelated to these old and tired companies. Both of which, by the way, desperately needed to shed years of bad publicity (bankruptcy, poor service, etc) and emerge as a fresh new brand. Why they chose to save a few dollars and stick with the old look is beyond me.

That said, I actually don’t mind this livery all that much. The straight horizontal cheat line through the center of the fuselage is somewhat dated, but the light colors compliment the vivid blue and gold in the logo nicely. And heck – nearly anything looks good on the 747! 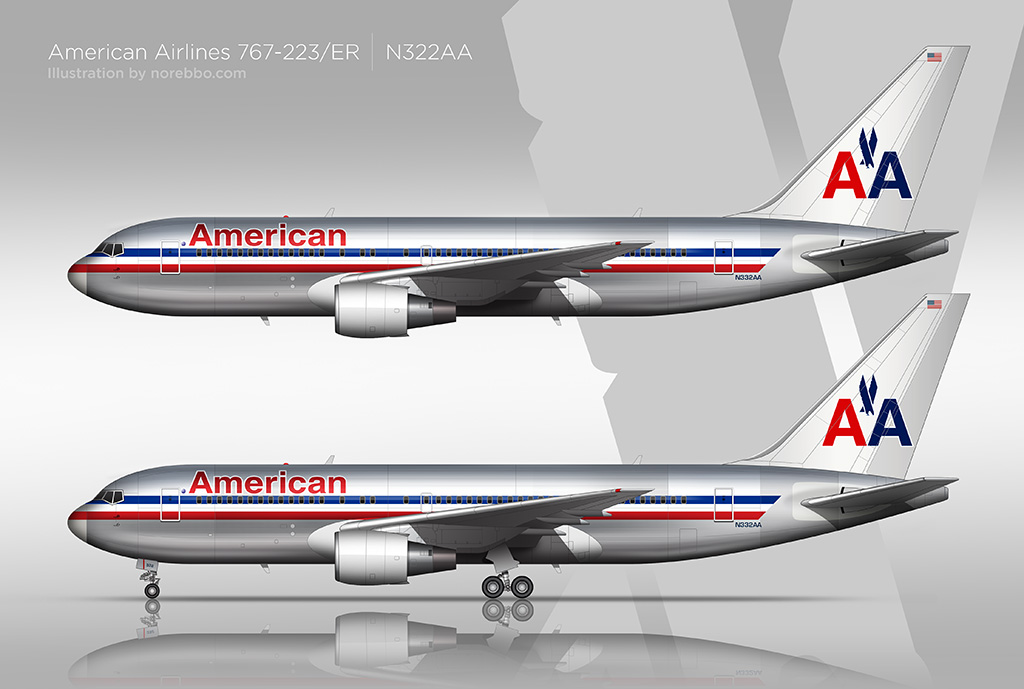 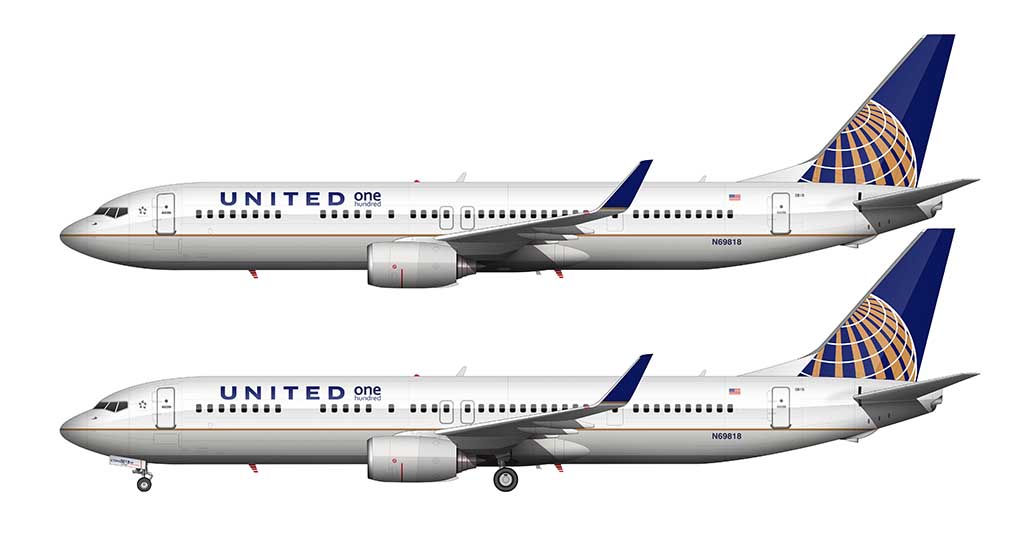