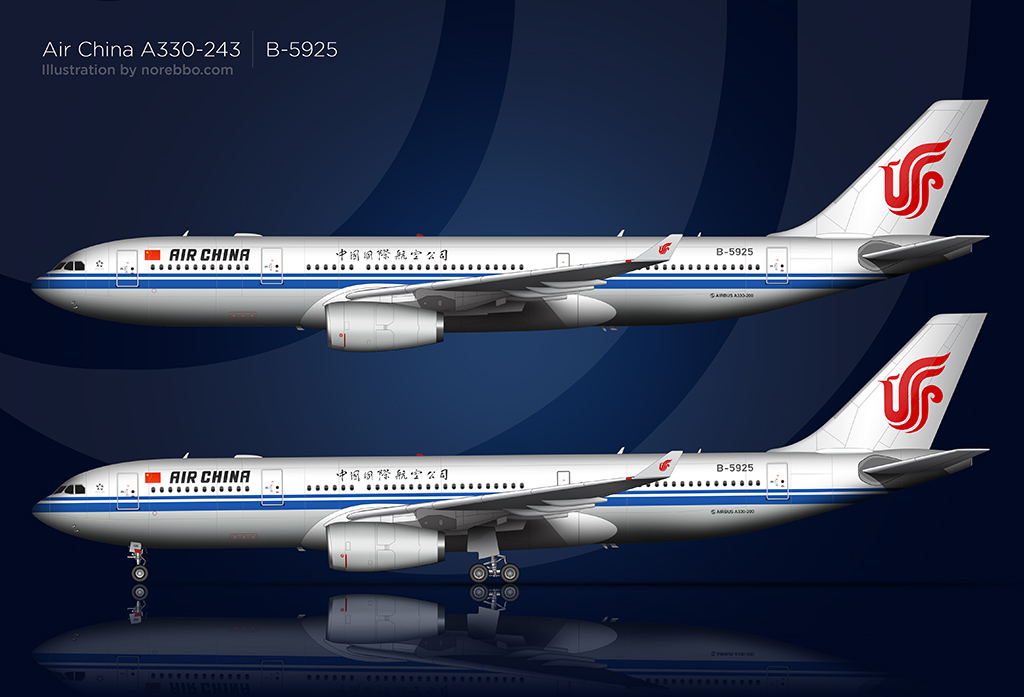 Of all the airline livery illustrations I’ve done to date, this might be the least exciting of the bunch. There’s not a whole lot of cutting-edge design that went into this livery, and the two-tone paint separated by the blue pinstriped cheat lines are straight out of the 1980’s. The unfortunate thing about this is that China has been known to produce some really nice airline liveries in recent years – China Airlines has a nice one, and I’m especially digging the Hainan Airlines paint scheme. Hopefully the folks at Air China have taken note of those two and are making their own plans for an exiting new rebranding effort.

So why did I take the time to make this illustration? Well, I’m going to South Korea next month, and one of my flight segments is on a Air China A330 – just like this one. And since I always struggle trying to figure out which aircraft / airline combo I want to render whenever I feel like doing airliner art, I thought it would be easiest if I just focus on the ones that I’ve flown on in the past – or something coming up in the near future.

Seriously, you have no idea how much I flip-flop and procrastinate when it comes to this kind of stuff. I do all my Norebbo illustration work in my spare time, and the process of choosing what to work on usually takes longer than creating the artwork itself. The problem is that there’s just too much I want to do (and not enough hours in the day to do it all) so it’s easy to get “deer in the headlights” syndrome when faced with too many options. Anything to help me focus is good!

Anyway, back to the Air China livery. The logo is something that I actually like quite a bit, and I think that they could focus on that and make that play a bigger part in the livery design. I’m all for exaggerating nice design elements, and there are so many nice shapes with clean negative space in that logo that could translate well into a larger abstract pattern for the fuselage. If I had more spare time I’d like to take a crack at that myself… 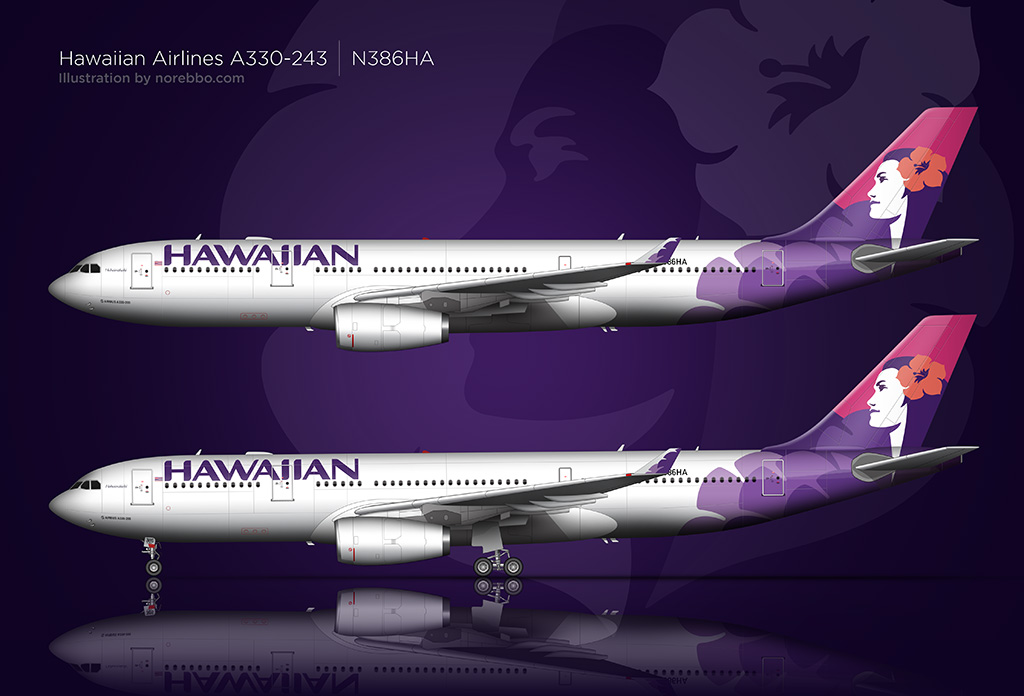 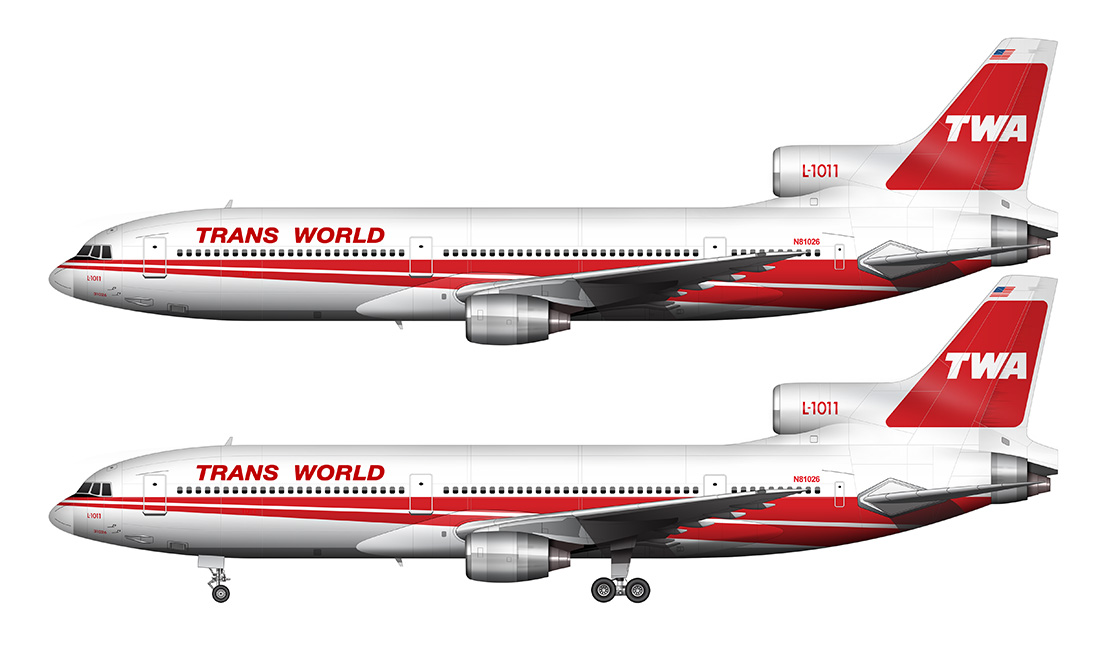