Sometimes I think that it’s a good thing that I create all these airliner illustrations. You see, prior to creating this artwork, the United 787 livery was probably my least favorite of the current special 787 color schemes.

Two reasons why I didn’t like the United 787 livery at first: 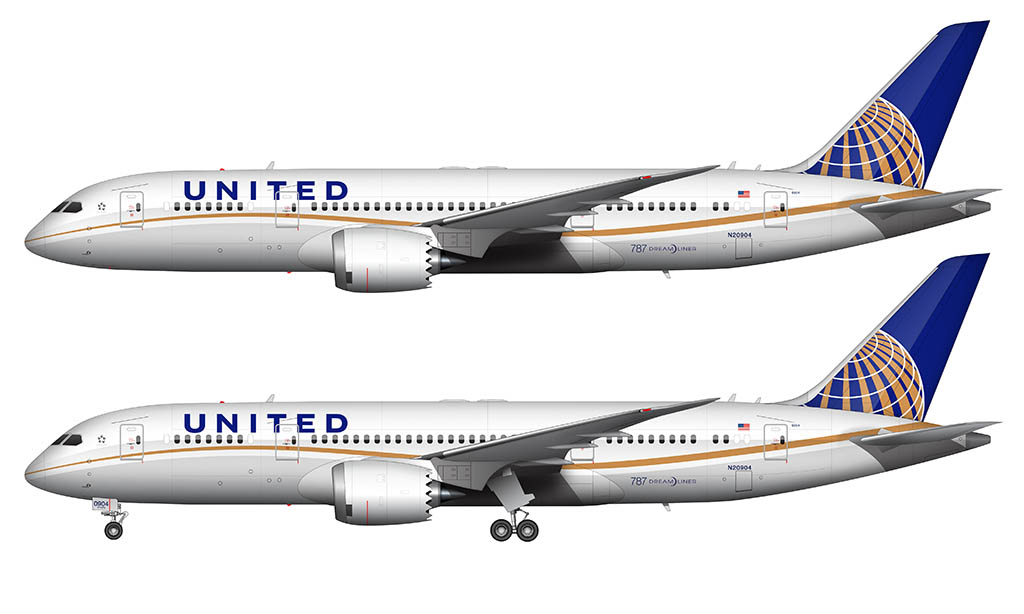 My United 787-8 illustration showing the special livery (which they eventually used as inspiration for an all new United livery in 2019).

But now that I’ve had the chance to sit down and draw this out for myself…I kinda like it. The gold stripe flows from the front of the aircraft very nicely from front to back, with really nice tension and weight.

They did a really good job there. But (there’s always a “but”) why on earth didn’t they flow that gold ribbon into the tail? It wouldn’t have worked well with the current globe logo, but this livery was such a drastic change from the existing one anyway so I don’t know why they didn’t do anything with the tail. We may never know…

I’ve yet to see one of these United 787’s up close in real life, so maybe my feelings about the livery will further improve once I can see it in all it’s glory. I have seen two from a distance while at LAX a couple months ago, and they did look sharp. Let’s hope Boeing can get the current battery issues sorted out soon so we can see these things flying once again!