It took a while, but I finally finished creating a template illustration of a Boeing 737-800. It took about two weeks of my spare time to draw and render it, with most of the time being spent pouring over photographs of real 737′s to make sure that I was creating the most accurate representation of it as I could.

Let me tell ya…making airliner art is fun, but wow is it ever time consuming! And the truth is that after all that time spent creating this illustration, I’m still not sure that I got all the details correct. That’s sort of a bummer, but there were just a few things I couldn’t find accurate reference photos of. Oh well. Now I know what to take pictures of the next time I’m passing through Amsterdam’s Schiphol airport. 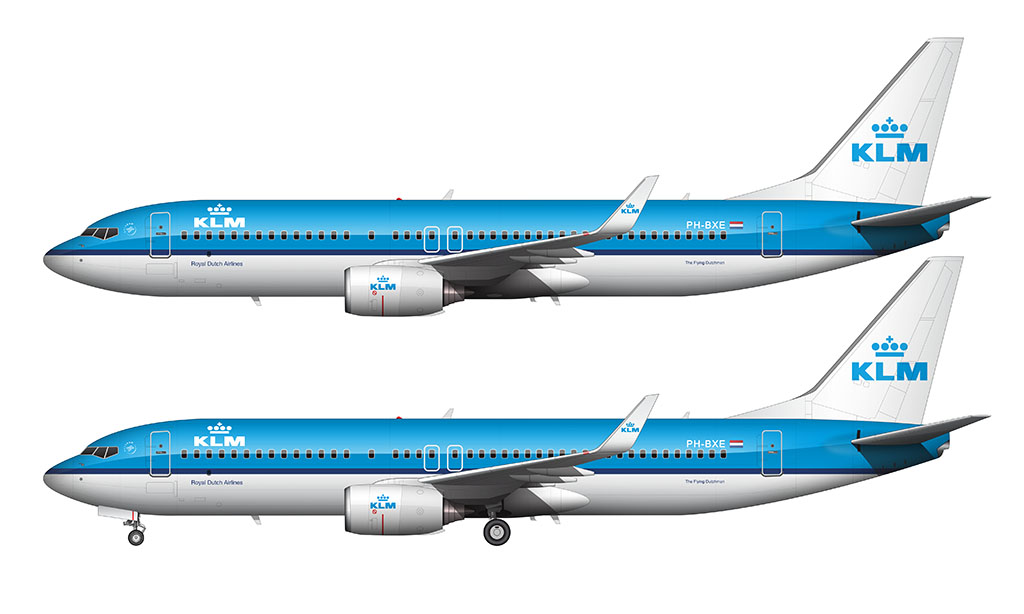 The first livery I created for my 737-800 template was KLM. I did this for two reasons:

Oh – and ok, there is one more reason: the KLM livery is very simple to recreate, and this was a big plus after spending so much time drawing the airplane itself. I didn’t have much energy left to spend on a livery, but give me a few days of rest and recuperation and I’ll be ready to create a bunch more liveries for this.

I also debated whether or not I should create a nice background for this (like sky and clouds or something) or leave it just plain and white. I ultimately decided to leave it white because I think it allows other people to extract this image and put it on their own background if they want to.

So there you have it. Does anyone have any requests for the next 737-800 livery? I don’t have a lot of time to spare these days, but I’ll see what I can do.